We meet up with the boys from Saibu no Akuma, Melbourne’s coolest custom clothiers, to discuss their journey.

Saibu no Akuma, is about as Japanese as the Avatar the Last Airbender series. (We shall ignore the abomination that was the film.) None of the four guys that constitute the tight-knitcrew behind the made to measure business are Japanese, and tucked away in Rankins Lane at the epicentre of Melbourne, the rustic heritage building they have made their headquarters hardly looks like a tenshu tower. But if the boys have one thing in common with the Japanese, it’s a respect and reverence for the craft of tailoring that has not been abandoned in the pursuit of profit. 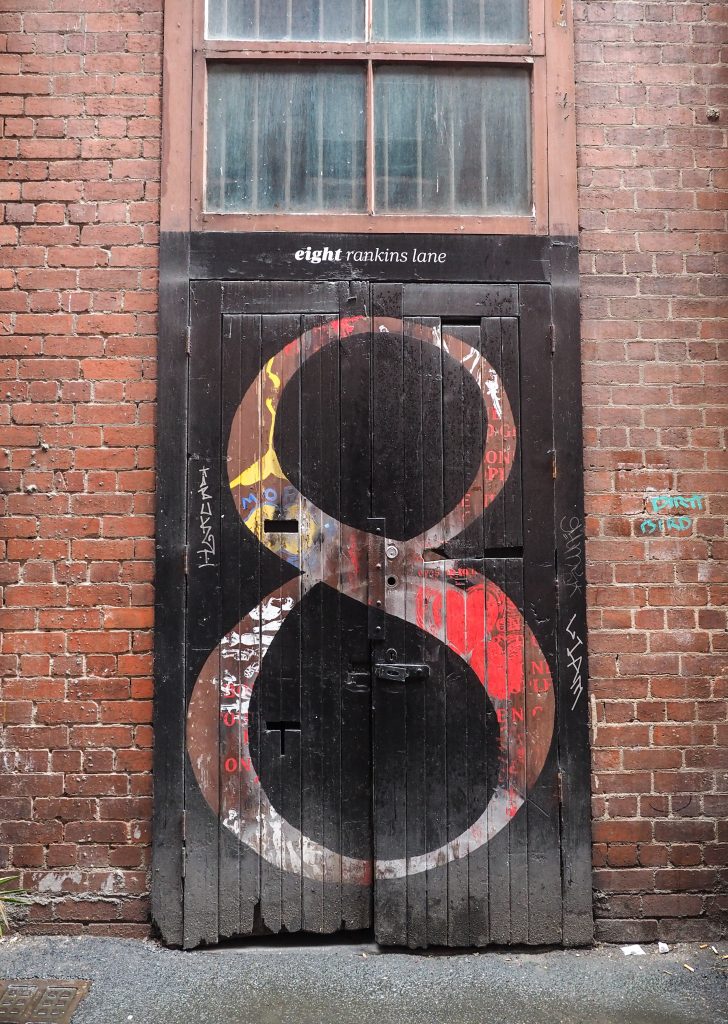 The rustic site in Rankins Lane is far from the expected location for a tailor.

Making their base in a studio previously owned by a magician, it’s far from what might be expected for a tailor. The racks sitting around the white brick walls of the loft are filled with a cornucopia of shirts and suits with strong streetwear influences including plain black cuffed dinner shirts, paisley printed short sleeved buttons ups, and even hipster floral abominations with rolled sleeves. The boys have also kept almost all of the loft’s original furnishings, including a pulley sitting above a wooden balcony door that opens up to a glittering disco ball and a giant hook hanging over the railing – a remnant of some wild feat practiced by the previous tenant. 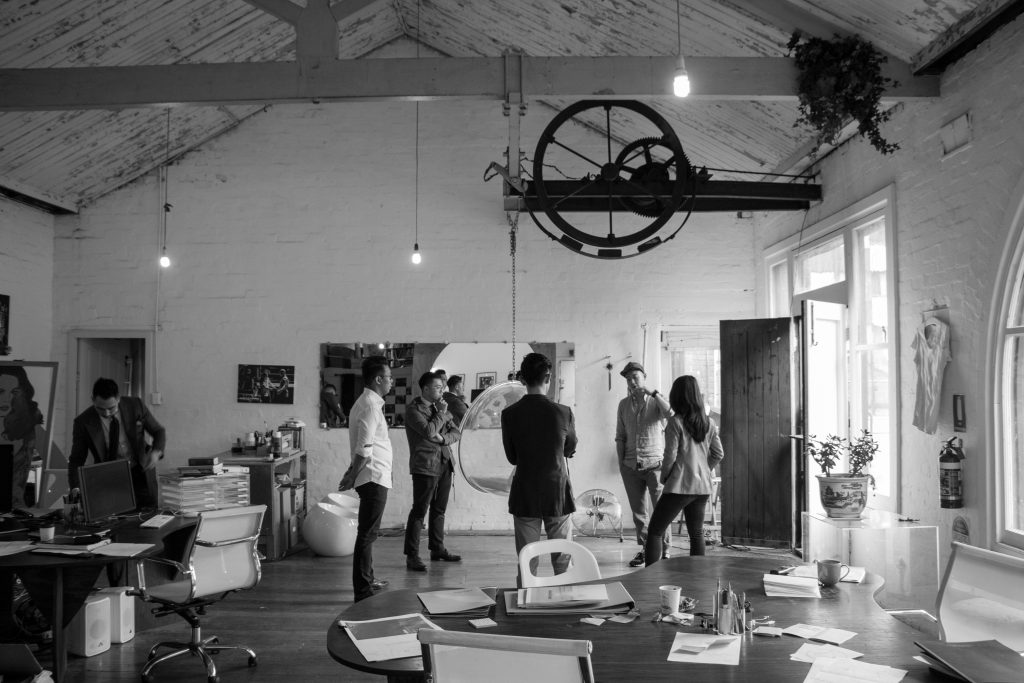 Yet despite the peculiarity of their workspace, Saibu no Akuma focuses on providing garments that guys can actually wear. “You go on Instagram, and see something and you’ll go damn but you wouldn’t actually wear it,” says Tony Wu, Saibu’s co-founder. “But for us, it’s not about being trendy, or making whatever is big in the marketplace. We design because we go, hey, that’s what we want.”

It’s also a process of sharing ideas with customers, a process that they’ve broken down into three distinct elements that have been at Saibu’s core since their early beginnings: interaction, creativity, and imagination. 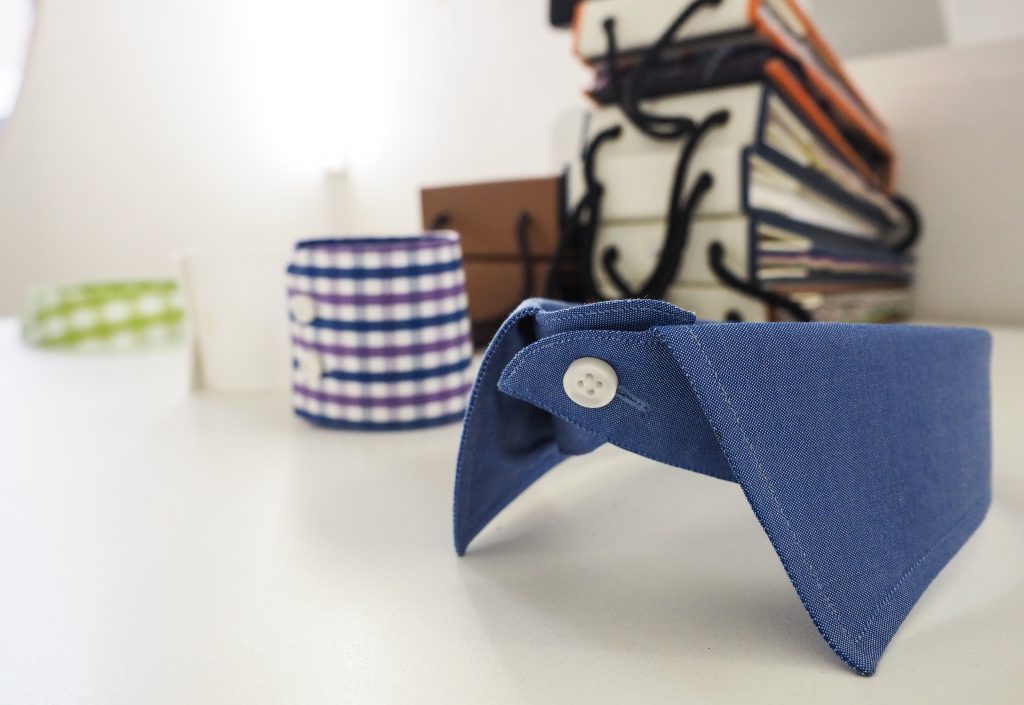 Interaction begins with the very first meeting where the boys try and understand your lifestyle. As Geoff Lee, their head designer describes it, Saibu’s process of creating and designing an item of clothing is a process of collaboration. For customers new to the tailoring scene, they’ll also walk you through the basics, happy to start small with simpler designs. And for the more adventurous, they are just as comfortable with outlandish designs and going into detail about fabric types, thread counts, and construction techniques. “This is where the process moves away from the interaction point and into the imagination and creativity point,” Tony says, “where we really try to spark the customer’s imagination.” Once you’re completely satisfied with the design, the order is sent off to be made, after which the boys undertake a double fitting for a suit and a single fitting for a shirt with the whole process taking three to five weeks. 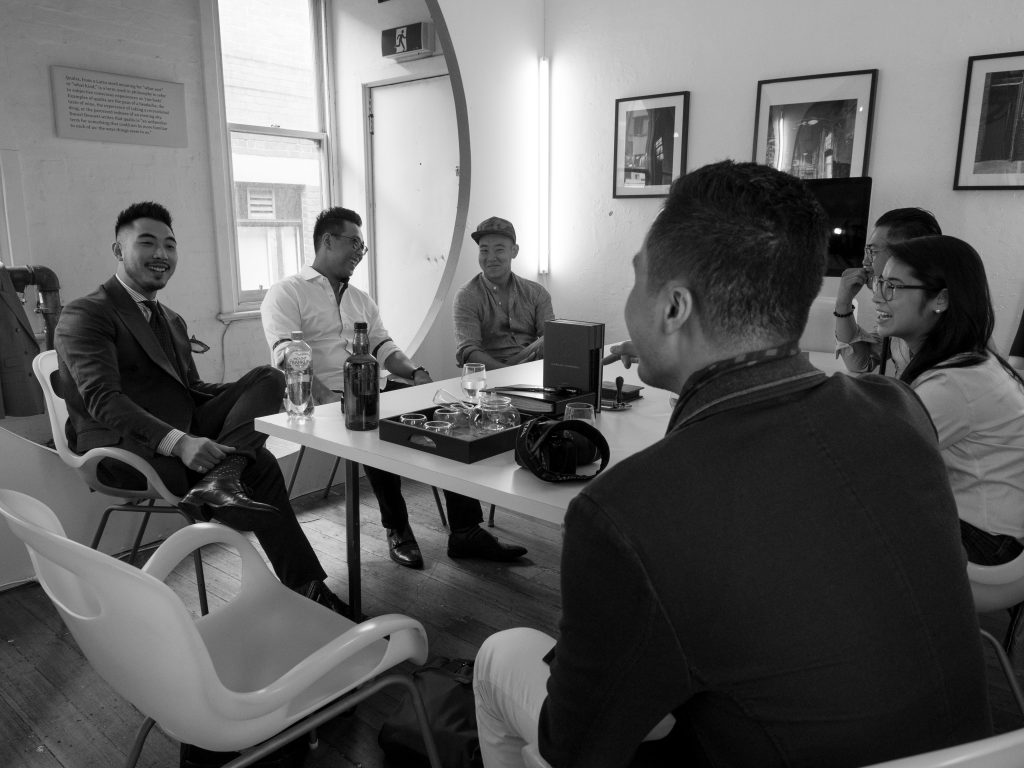 When they affectionately reminisce about their first fitting experiences however it’s clear that the process hasn’t always been so refined. “The shirt came back terrible,” Tony laughs, recalling their first customer, “but he [the customer] loved the process. Like the look on his face, man it was crazy.” And from there it’s been the pursuit of that same expression of excitement on each and every other customer that manages to find their way into their studio.

This yearning to develop and learn has also become rooted in their process, the shared experience bringing them closer to their customers. “A lot of our customers may be first time users, they’ve never really experienced anything bespoke, they’ve never really had anything custom.” Tony explains. “So it’s about educating them on what we do, and what we can do.” For the guys, it’s about taking the customer on a journey, planting and cultivating the seeds for a deeper appreciation for both the craft and themselves. “It’s a community,” Tony says of the local tailoring scene, “people are responsive.” 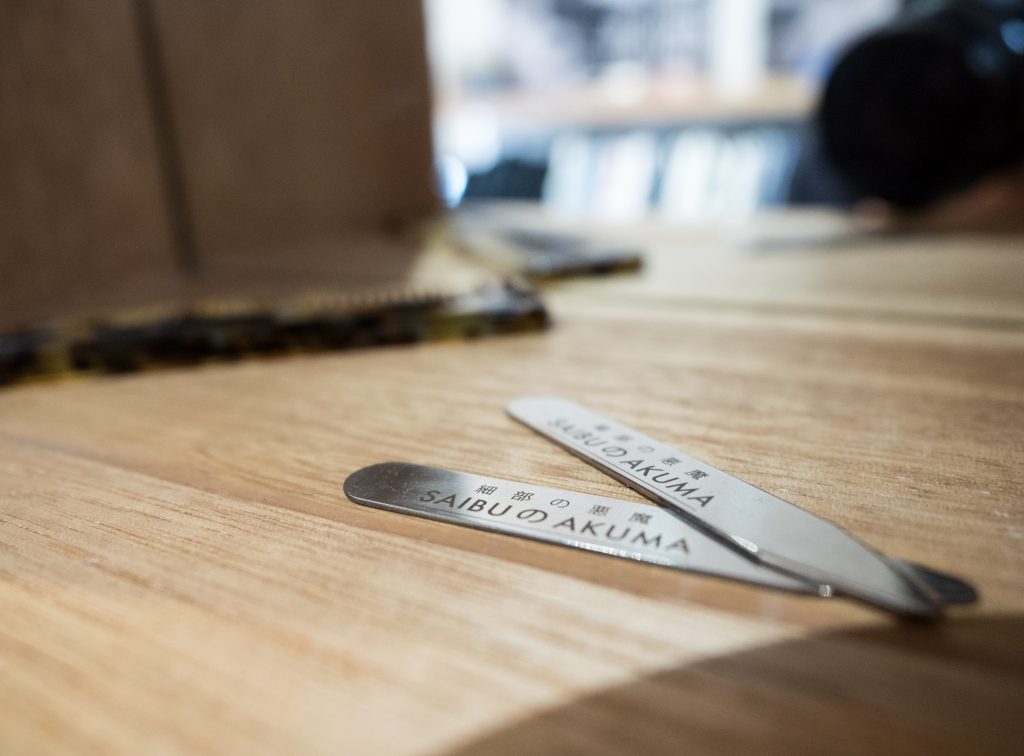 And with custom shirts starting at $170 a piece, and suits ranging from $750-$1250, it’s understandable why. Saibu acknowledges the fast pace of our cosmopolitan world and the modern consumer’s desire for quality, personalised and affordable menswear. “We’re not selling suits in the five to ten thousand bracket so it’s about going, how do we provide a service and an experience that’s balanced, quality, affordable, and doesn’t rip anyone off, while charging a decent rate,” Tony says. And in a world dominated by nostalgia for the practices of the past, their experiences translates directly into an approach to the customer that is unmistakeably Gen Y. “It’s about speaking a realistic language,” Tony declares, “rather than trying to preach a standard.” 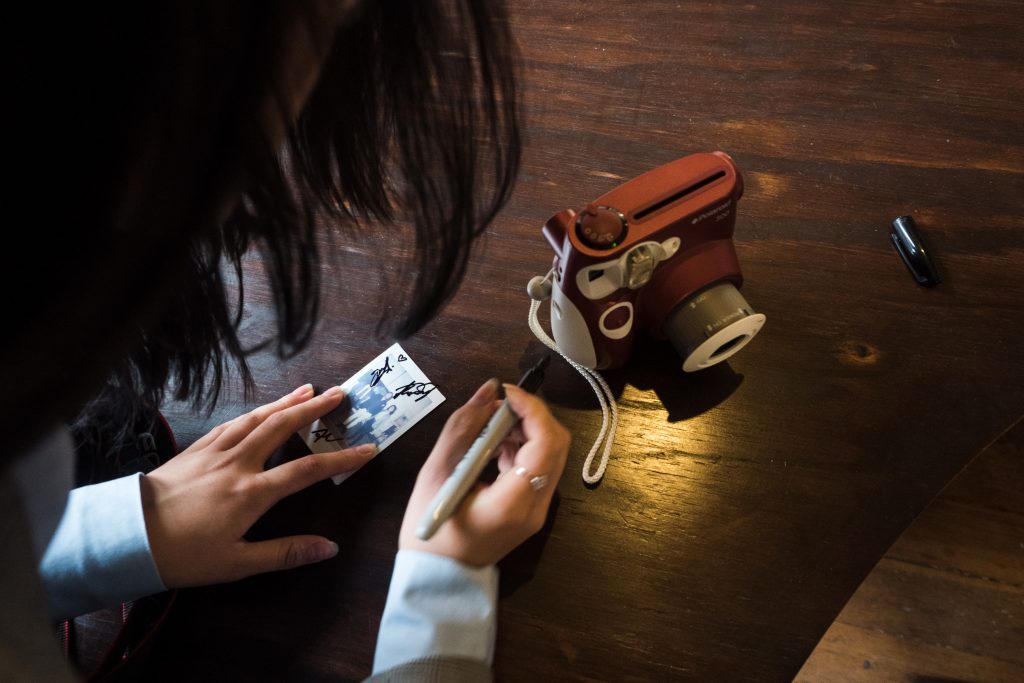 Signing a polaroid as a reminder of our visit.

Yet for all the magic that they work in the studio, Saibu no Akuma is comprised of just four guys working on a dream. Starting off as university project, conceived by Tony and Seb Rodriguez, before picking up Geoff and Paul Trinh along the way, the business has now become as much about the experience of the customer as it is about the four guys behind it. There’s quite a bit of chuckling as the guys recall their literal fashion journeys – Tony outgrowing a fedora phase, and Geoff Lee leaving behind the “baggy ass t-shirts and dickie pants” of his teen years. Paul, who describes himself as Saibu’s finance and operations guy, is also a covertly creative designer, and Seb (who was off dancing at the Rainbow Serpent) has become a driving force behind the brand’s innovations and business development. 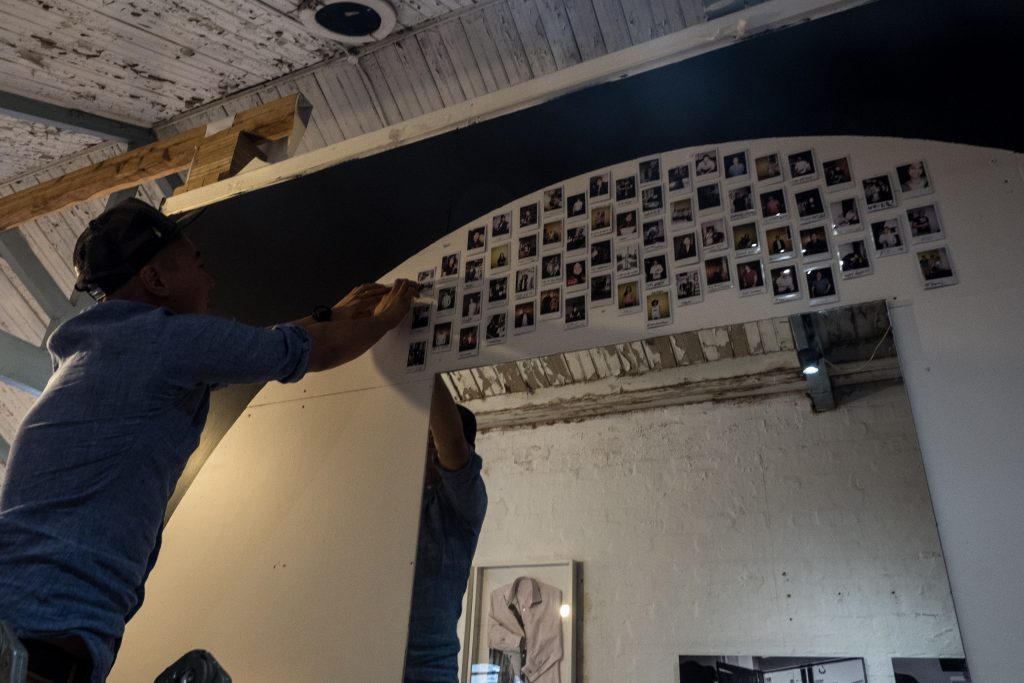 The boys remind themselves of their roots with polaroids documenting past customers and collaborators.

But what might have initially been a motley crew trudging along an uncharted path towards an unknown destination, is today a caravan of bandits driving steadily towards making something of themselves. “The reason why we marketed our brand as a Japanese brand,” explains Tony, “is that it’s where it comes from, the tailoring and the craft.” The Japanese influence on the business is the philosophy behind the beauty of the floating world of Japanese art. The timelessness of both Japanese art and the craft of tailoring can be found in their unending odyssey to find perfection. “It’s about chasing a perfected craft, that you can never actually perfect. So for us it’s about craft, this is our art and how we can adapt that philosophy of focusing on details and always chasing that perfection, never going ‘this is enough’.” 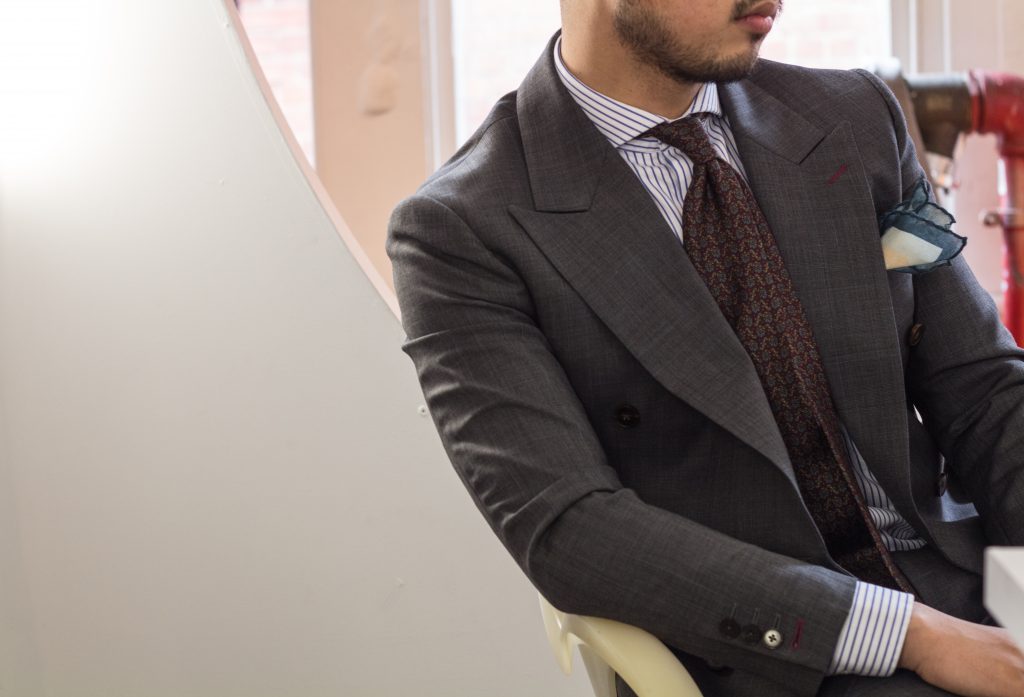 Geoff has moved on from dickie pants to a whole new level of ‘lookin fresh’.

Indeed, Geoff is currently working on a ready to wear collection and Paul is working on a new design process that runs their data through an iPad to further streamline their fitting procedure. For the boys these changes are exciting and give them the feeling that they’re restarting the business. “Sometimes when you run an operation from day to day, you can lose sight and fuel and motivation,” Tony reflects. “But we’re constantly evolving as we grow, and as we learn.” 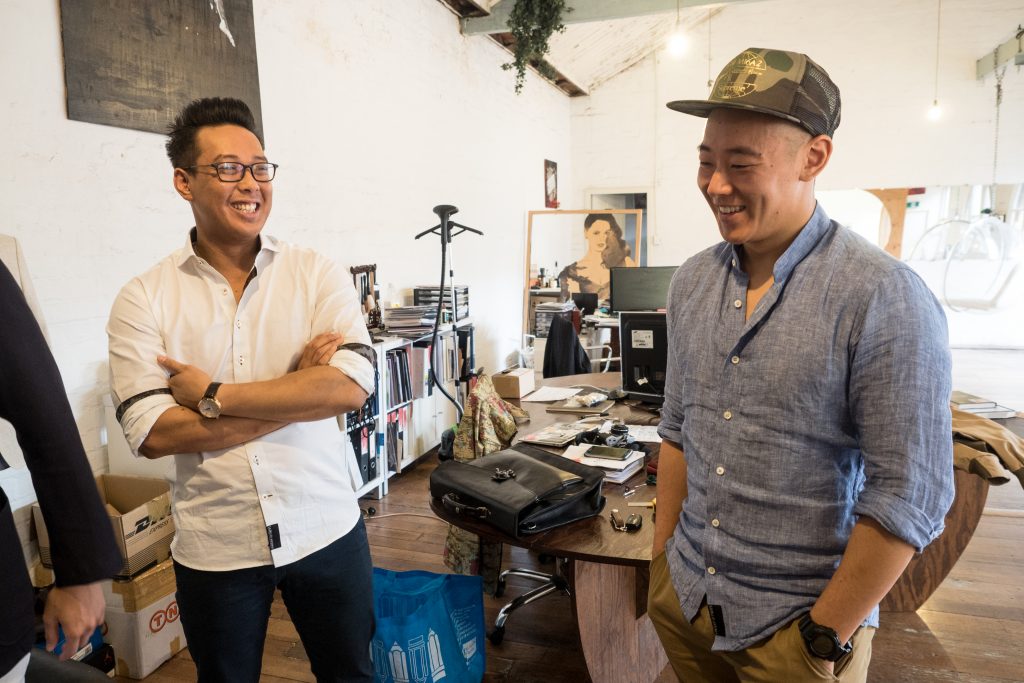 And if there’s anything to learn about Saibu no Akuma, it’s that perhaps like the Last Airbender series, they’re not quite Japanese. But the boys are honing their skills by drawing strength from Japanese values to better their craft. “We want to take over the world, we want to keep inspiring people,” Tony declares.“It’s basically, how can we go global, and inspire a generation across the world.” It’s not the Fire Nation martial conquest, but at the rate they’re going, world domination doesn’t seem that far out of their reach. 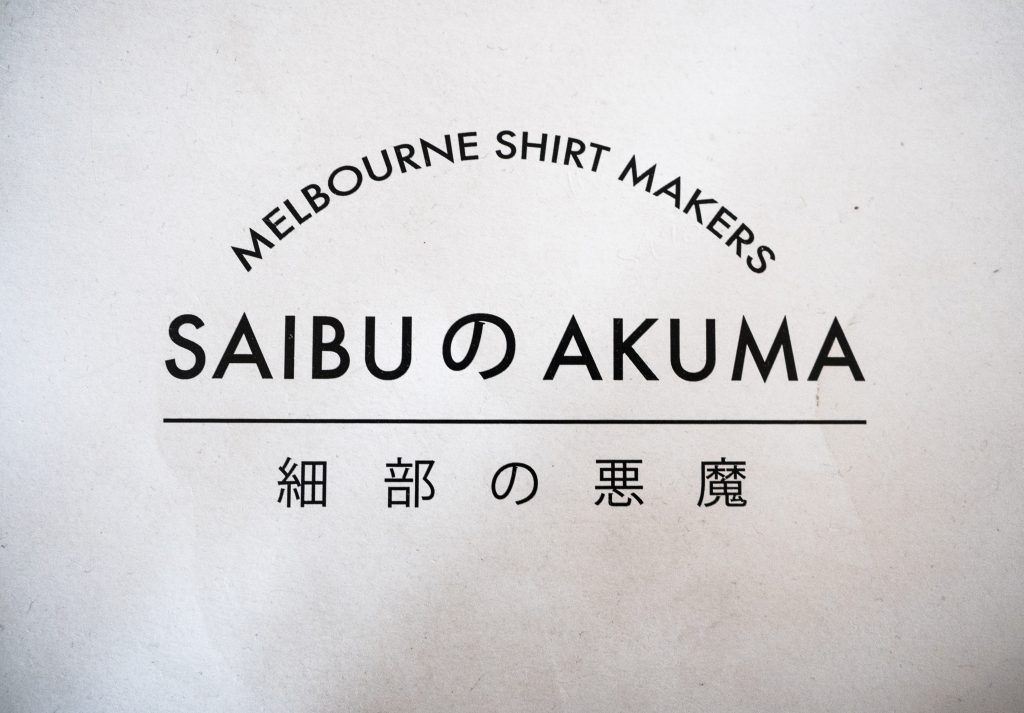