We review Blair Archibald’s debut MBFWA collection as a trailblazer in Australian menswear.

Australia has never been famous for its menswear.

One reason for this is our inclination towards casual clothing, influenced by our unpredictable climate and cultural informality.

Though less restrictive, casual wear is far more ambiguous with its “rules” than tailored, sartorial clothing. The fact that articles such as “Can you wear sneakers with a suit?” or “How to wear jeans with a blazer” are major trends in Australia speaks volumes about the state of our menswear identity. Our “tall-poppy syndrome” has also stymied progress by creating a culture that encourages conformity and condemns individuality when it comes to style. Men are not only afraid to speak about fashion, they lack the language to critically talk about it. Australia is a sartorial Babel.

Despite these conditions, Aussie men have become more confident in their sartorial decisions. We are hardly lacking in guys who know their stuff. Indeed, men are increasingly mixing and matching clothes from different genres, and designers are responding in kind.

Christian Kimber, for instance, has carved out a niche for himself specialising in dressed-down classic menswear and dressed-up workwear. P.Johnson similarly produces Italian tailoring with modern Australian ease. Aussie men, who have always proudly flouted old world conventions, are seeking out clothing that is contemporary, wearable, and eclectic.

Blair Archibald, a New Zealand born Melbourne-based designer, is probably the most exciting designer operating in this space. 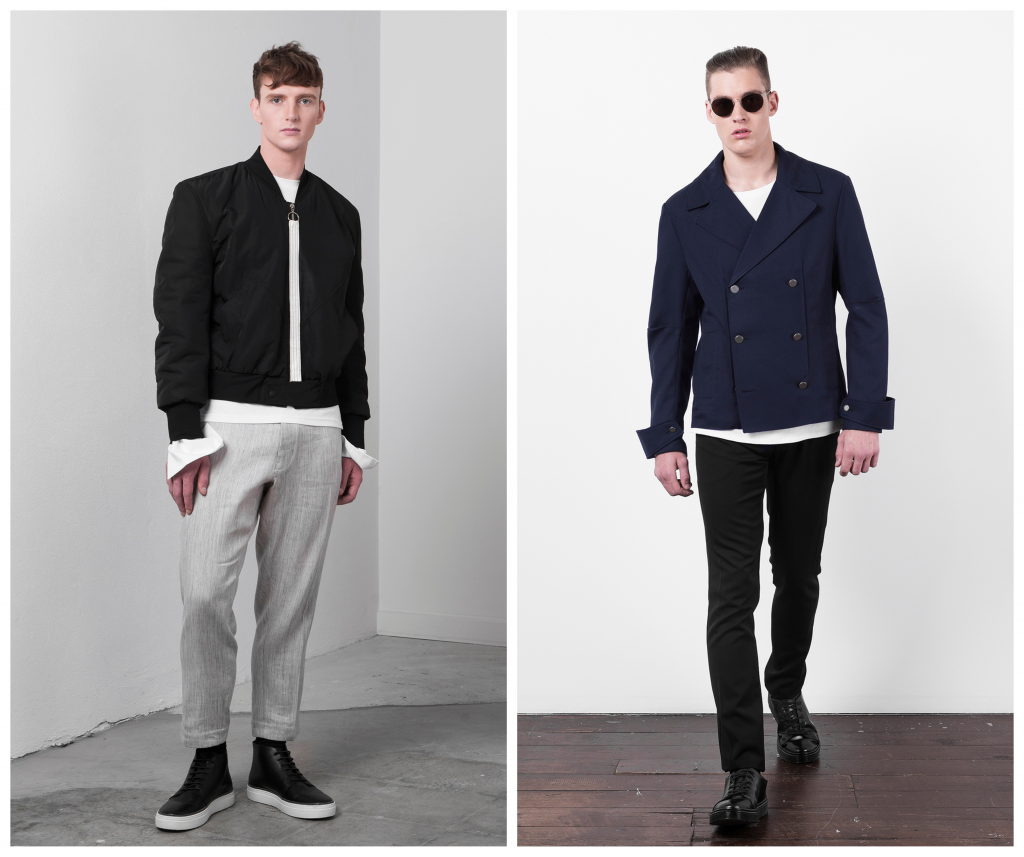 Archibald’s design process is rooted in practicality and adaptability. He begins by underpinning his collection with a reference to geographical exploration and then designs his clothes to reflect the challenges of navigating landscapes.

Archibald considers the whole collection from this perspective, with his inspiration living through how he sources his materials, all the way through to his final designs. Previous collections like FW17 “Aviation” and SS16 “Yachtsman”, for instance, appear to be engineered for a future vision of flying and sailing (which we sincerely hope comes to life).

Archibald’s “The Last Knitting Mill”, is a tribute to traditional craftsmanship, but also a bugle call for its resurrection. Building on the capsule collection he submitted for the 2017 Woolmark Prize, he has reconfigured tailored garments with workwear and sport references, resulting in elegant utilitarian clothes. 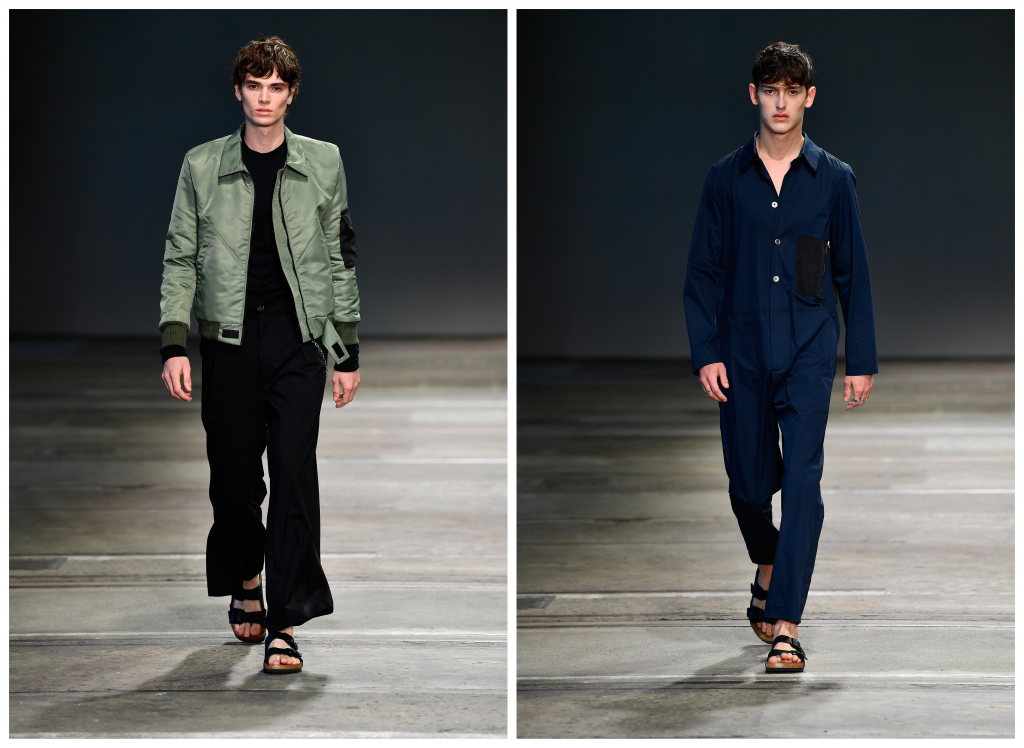 The more conceptual designs recall the works of the futurists and deconstructivists. Extended belt straps bring to mind the workwear inspired garments of Craig Green; the frayed panels and unfinished hems, meanwhile, recall a Japanese avant-garde aesthetic, and the industrial buckles appear to owe something to streetwear designers Matthew Williams and Virgil Abloh. Archibald, however avoids being derivative by resisting abstraction. His designs have familiar forms. He has tailored his jackets for example with a slightly oversized silhouette, and a draping quality that brings to mind the understated purism of Jil Sander and Giorgio Armani. Trousers are billowy and easy fitting, while shirt fits are relaxed.

The sincerity in his designs is also reflected in his reinterpretations of traditional workwear. A jacket based off a metal worker’s coat and another off a Japanese hanten, for instance, aren’t campy like Hiroki Nakamura’s visvim, nor do they come off as blatant cultural appropriations. Like the archetypes they’re based off, the clothes carefully consider the human body. 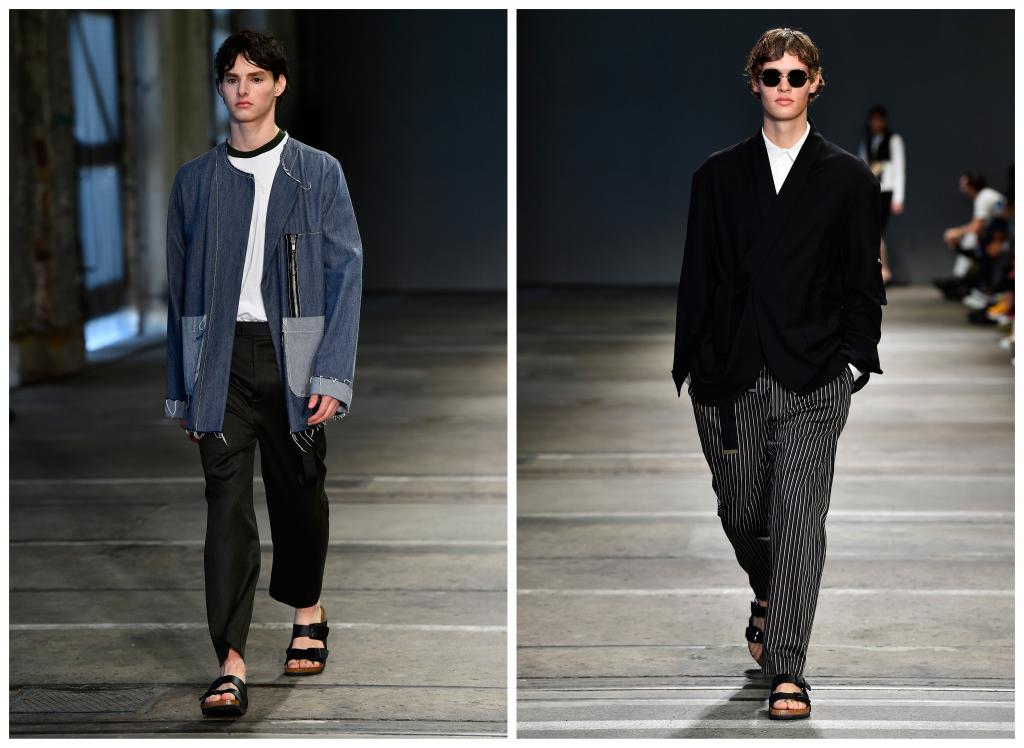 The fact that his designs are both wearable and conceptual is remarkable. Working with the Woolmark Company, his fabrics are 100% traceable to their source. The stand out from the collection was a wool seersucker coat that left more than a few members of the audience misty. Indeed Archibald uses textiles in unexpected ways. A pair of trousers, for instance, had a wool denim shell and the fabric reversed for the pockets. Holland & Sherry, who also sponsored the show, supplied a mottled wool jacquard (a weave often used for decorative purposes) for a pair of trousers, adding a refined touch to practical clothing. 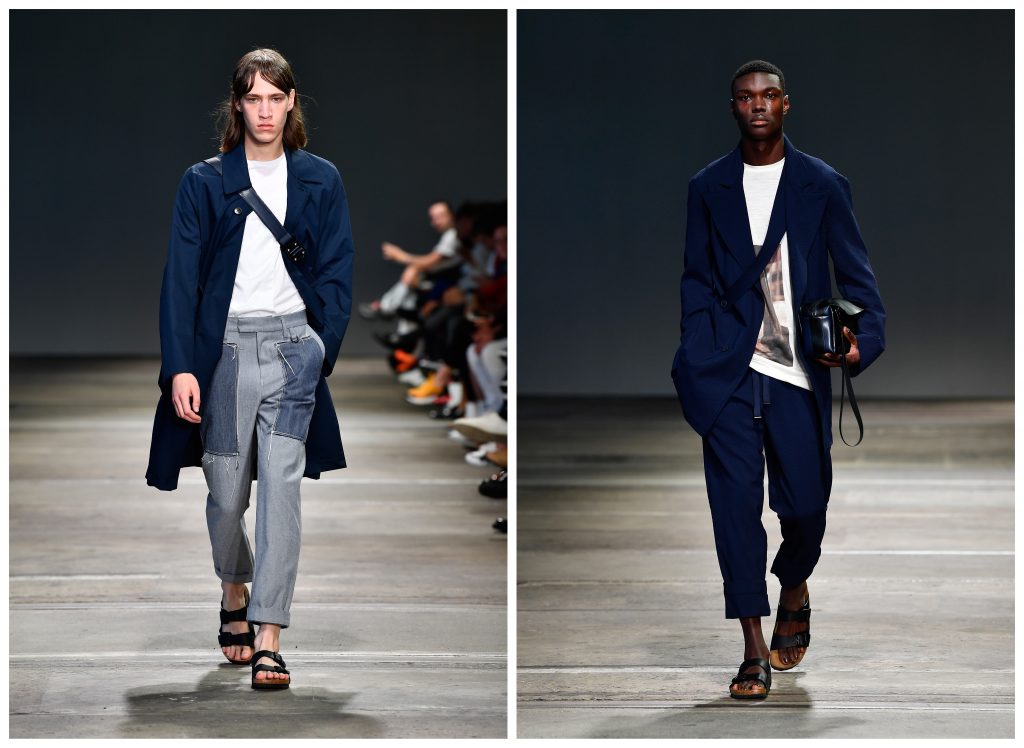 Archibald’s emphasis on tailoring, fabrication and silhouette is refreshing. Absent are the blaring neons, logos and screen-print graphics. The majority of the collection is black, white or navy (with the occasional splash of colour). Construction, detailing and fabrication are the focus here.

With so many designers rehashing tired designs, it’s comforting to know that Archibald’s clothes aren’t derivative, ruefully nostalgic, or cynically ironic. Their attention to craftsmanship, design, and materiality bespeak sincerity, earnestness and honesty.

Archibald’s winning entry for the regional 2017 Woolmark Prize, a coat made from an old army blanket and recycled wool, is perhaps the purest expression of his philosophy. “I wanted to reconfigure the way we see wool because it’s such a renewable textile” he told Executive Style in 2017, “and part of that was to showcase sustainability in a refined, fresh, modern and clean way.”

And although he did not ultimately win the international prize, I think after this year’s MBFWA, it’s undeniable that we have a real talent on our hands. Australian men have been embracing practical, functional clothing like workwear and tailoring for years now. Perhaps it’s finally time that we started including thoughtful and intelligent clothing into that mix too. 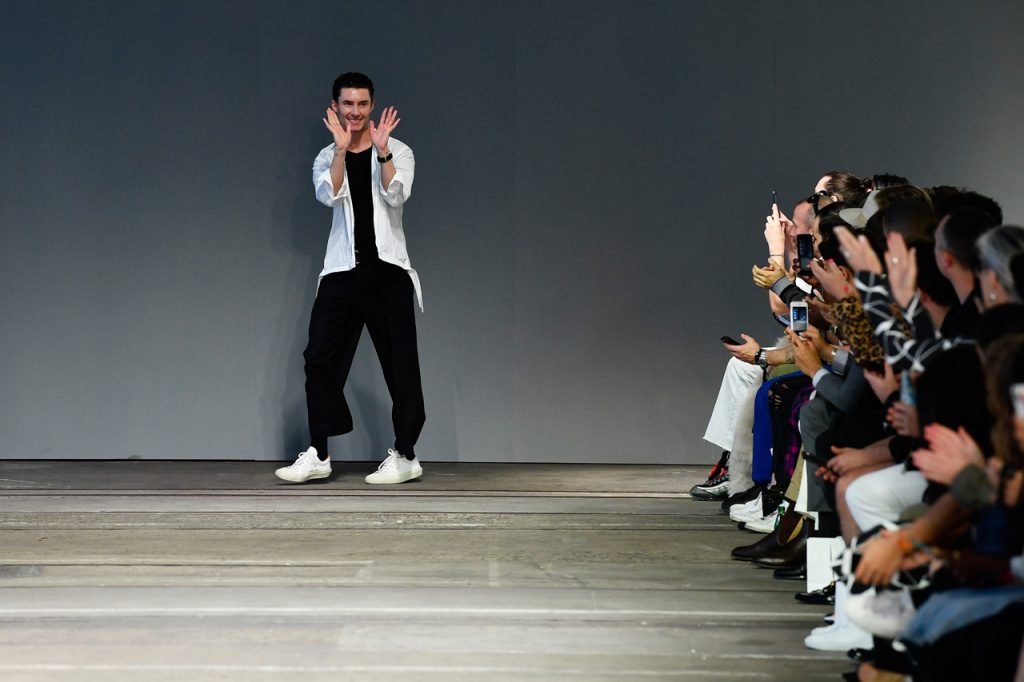