We make a pilgrimage to the finest purveyor of artisanal shoes in the Southern Hemisphere.

In the West, there is perhaps no sartorial wilderness as spiritually barren as Australia. Even a stroll down Melbourne’s boulevardes  — a city often described as the Paris of the Southern Hemisphere — disappoints. Despite the romanticism of sandstone, a distressing number of its buildings are occupied by fashion multinationals that promote conspicuous consumption and pecuniary display. Yet for every cathedral of consumerism, there’s a chapel dedicated to heritage, craftsmanship and provenance to be found down one of the city’s famous backstreets or alleyways. And if it’s shoes that you worship and you are capable of the undertaking then you owe it to yourself to make a pilgrimage to Double Monk.

Tucked away on a bohemian strip on the outskirts of Melbourne’s city limits, Double Monk has more in common with the tailoring hamlets on Savile Row than it does with the fast-fashion pantheons decorating London’s Oxford Street. An obscure sanctum for shoes and understated opulence, stepping inside, the first thing that strikes me are its walls or rather lack thereof. Arranged from floor-to-ceiling are tapestries of shoe boxes housed in Victorian ash cabinetry. Below, the oak floor, all salvaged carpeting flooring from a German castle, is complemented by rolling timber ladders sourced from the Putnam Ladder Company in New York. Meanwhile, at the centre of the room, a pair of leather chesterfield armchairs — perfect for sinking in as you indulge in a glass of Laphroaig from the bar — is presided above by taxidermy animal busts.

Appearances though hide as much as they reveal. “The property was very different if you look at the before and after photos,” says Nick Schaerf, co-founder of Double Monk. “The floor was flooded and it was just mud before we ripped everything up.”

Nick, a former neurosurgeon, is dark, rakishly rugged and dressed like a member of the leisure-class. Wearing a navy rowing blazer, off white chinos and a cricket sweater tossed over a pair of tennis shoes, he could easily be mistaken for a man for whom the word “work” is likely to raise a perplexed eyebrow. In reality though, Nick, like the other members of Double Monk (including Chris, co-founder and brother, and staff Ben and Charles) are ascetic Scholastics who eschew affected excess and embrace the purity of form.

“We [Nick and Chris] were always interested in shoes ever since we were of an age where we could actively appreciate things. But we were never in a financial position to do that until we were in our university days when you can buy afford your first good pair of quality shoes,” Nick says. “At that age everyone was wearing Bloodstone work boots. We wore Doc Martin’s to school like every kid probably still does and had Converse All Stars which everybody still has in their closet. But the first quality shoes we had were a pair of John Lobbs and Crockett & Jones that we bought when we were able to travel overseas for the first time.”

Charles, a former humanities academic, recalls similar experiences. Ruddy-haired and rocking a burnt orange Harris Tweed jacket from Cordings, he speaks with the spirited fervour of a university professor delivering a conference paper.

“I tried all sort of shoes at 16. I bought a pair of Italian Zanotti’s, then some Church’s around Year 12,” he says. “I just didn’t feel comfortable wearing a pair of Vans and baseball caps. People would’ve thought I looked a little mental and some people must’ve thought I was pretty weird but I was just expressing myself. That’s just the way I felt about it. You know there was a period when I was about 20-21 where I just got bored of it and I started wearing R.M. Williams and polo shirts and looked like your usual typical 2nd year student private school knob, popped collar and that kind of thing but that didn’t last very long.”

If the Double Monk crew seem more than a little obsessive it’s because they understand that shoes form the foundation of every ensemble — both literally and figuratively.

To produce a shoe that can endure the fickleness of fashion and fortune requires the highest grades of leather, and meticulous handwork. The benefits of such care manifest themselves on both functional and aesthetic levels.  On a functional level, the hand-welting process, whereby a delicate strip of leather is attached to both the upper and then to the sole with a series of handstitches, allows the sole to be replaced when worn out which increases the shoe’s longevity for decades if treated with respect. On an aesthetic level, as the shoes accompany the wearer on their journeys, the leather begins to develop a unique patina, which imprints not only the wearer’s spiritual residue but also those of the hands that crafted them. In an age where mechanical reproduction threatens individuality and authenticity the artisanal shoe becomes an ark for a firm’s heritage and the wearer’s personal identity. 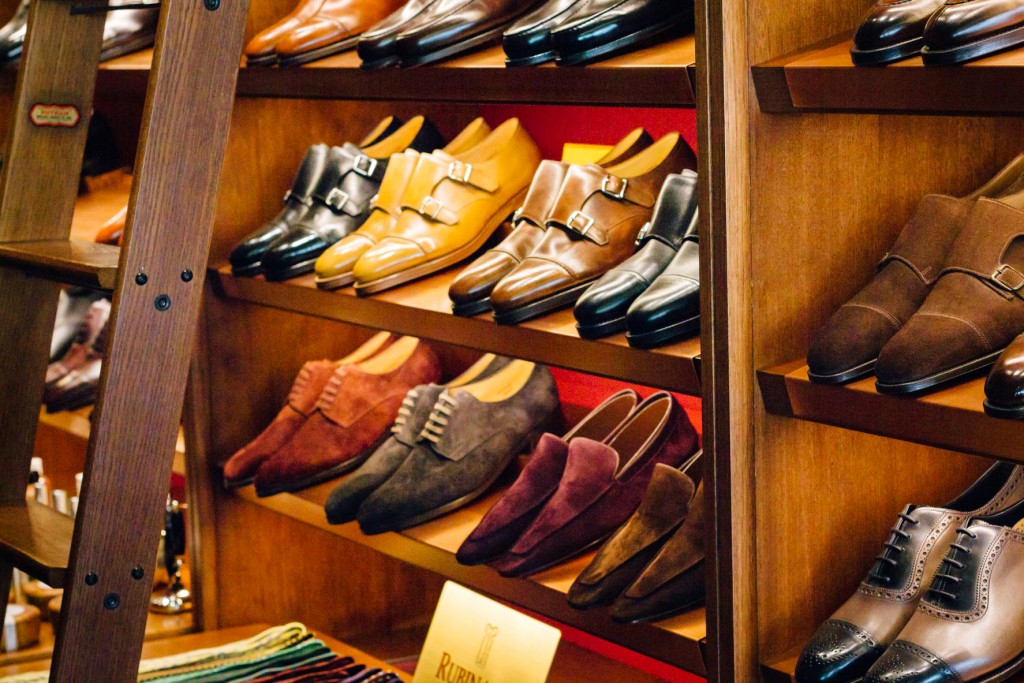 As Charles guides me around shelves cataloguing the likes of Crockett & Jones, John Lobb and G.J. Cleverly I inquire about his favourite shoes:

“Edward Green”, Ben concurs as he applies cream polish to a pair of Berkeleys from behind the bar. “They’re refined and stylish and not over the top.”

“I have 8 or 9 pairs of Edward Greens. I just love them,” Charles says. “And those are all shoes I just bought in the last year or two. They just fit my feet quite well. But it’s just something about them. They’re really good value and they look really good without looking rude.”

To illustrate Charles introduces me to the Edward Green Dover. The Dover, a Norwegian Split-Toe, is an acquired taste – Charles confesses that they can seem like “the dorkiest shoe, so uncool, so un-fun” and compares them affectionately to “hush-puppies”. But the Dovers are to be revered for more than their aesthetics: “The toe itself is so fine and so tight all the way through that with a leather of this thickness and this grade, in order to avoid any damage they have to use pig’s bristle to sow it together,” Charles explains running his index finger down the eponymous vertical seam. “They only have 2 guys at Edward Green who will perform it so the turnaround time for these shoes is really slow. We had a period for a good 6 months where we just ran out of them and it takes ages to get them back in. But when they sort of crease up and take on a life of their own they’re one of the most comfortable shoes you can own and you always feel comfortable in them because they go with everything. It’s funny because they’re not the easiest shoes to sell and they do look kind of daggy compared to some of the chic stuff like that which hits you like that,” he says clicking his fingers.

The “chic stuff” that Charles is referring to are from my favourite makers St Crispin’s. Whereas Dovers may leave some mates screaming “What are those?” St Crispin’s generate the same reaction but for very different reasons. The handmade St Crispins’ have a distinctly Central European flavour with angular vamps, engorged toes, and bevelled waists. Available in a menagerie of skins that reads like an ingredient list from one of Baba Yaga’s spell books (including cordovan, black crocodile and shark) there’s nothing like them anywhere else in Australia. But St Crispin’s don’t just look different they feel different as well. “They have a waist that make you feel like you’re being held up in them,” Charles explains passing me a pair of dark brown calfskin brogues. “You look like a person who’s on guard.” It’s one thing to have lusted over photos of these Tumblr-worthy shoes in issues of The Rake and another thing to hold them in your hands.

Nick shares my affinity for the alchemical with his predilection for Russian Reindeer leather. Recovered from the shipwreck of the Metta Catharina von Flensburg which vanished in 1786 off the English Coast, it is beautiful stuff that has the heady scent of birchwood oil, and develops a kind of salty red-brown patina across its hatch-grained surface.  This variegated patina, produced by exposing the leather to a concoction of sandalwood, cochineal, pine, and willow bark, lends the material an antiquated worn-through lustre that evokes images of drawing rooms, cigars and whisky. For something that has spent the last 200 years marooned at the bottom of the ocean floor its appeal is timeless.

Material conscientiousness however should not be mistaken for hedonism. On the contrary, in the case of Double Monk, finery has not robbed them of their souls but has elevated their spirits. Nick’s attitude towards someone taking their first rites towards dressing well is one of understanding and compassion: “I think being a genuinely good person and being friendly are by far the most important factors in life. But amongst our circle dressing well just changes everything. I think it’s an important thing that you discover these things for yourself. I don’t think that a good knowledge of style should be forced onto anybody.”

But the boys at Double Monk are still unwaveringly committed to the shoes they carry: ensuring that the sacrosanct passes into the hands of responsible custodians is a duty which far outweighs churning a profit. As Charles put its: “you can’t buy a Rolls Royce and take it down to the Ultra Tune”.

Intransigence however may prove to be hamartia. Though Nick recalls his first client being “very attracted by the fact that we had no signage” it’s difficult to imagine such customers as being anything more than far and in between. Success unfortunately depends on more than just the patronage of the rare eccentric. Nick however has never lost faith:

“There were a lot of naysayers and people with a lot of negative attitudes but we were very positive from the outset because number one: we believed in all the products. We knew they were fantastic companies and they would sell wherever you opened up provided you opened up in the right environment; number two: we had a genuine passion for them and number three: we sensed there were guys like us out there. I think the first 3 years have gone by very quickly. Things have changed and are more democratised. It’s more common to see guys engaging in good style down the street whether they’re going to work, going down the street or going out at night.”

Indeed on our final night in Melbourne I bumped into Nick again while dining at Cumulus.  He thanked us for making the trip and as he smiled the shadows beneath his eyes deepened; a reminder of the difference between passion and love. “What you call love was invented by guys like me to sell Nylons,” Don Draper informs us. Passion however, which comes from the Latin word passio, meaning “to suffer”, is something that inspires the soul. 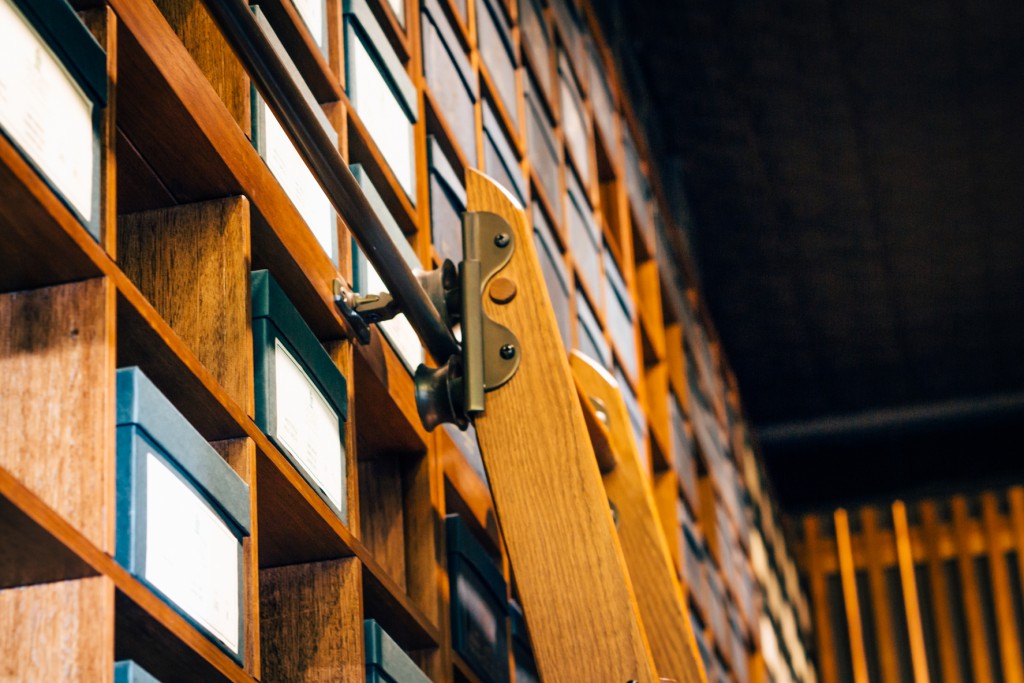