We chat with Joe Ha about style, The Finery Company, and how he feels about having his photo taken.

It’s Saturday morning, and I’m having drinks with one of Australia’s most stylish men though nobody would ever suspect it.

Why? It’s because Joe Ha is invisible. Because he is the antithesis of #menswear. Because he is man with a style so regal and restrained it’s hard to notice but impossible to ignote. Because the only accessory he’s wearing — if you could even call it that — is a silver wedding ring. 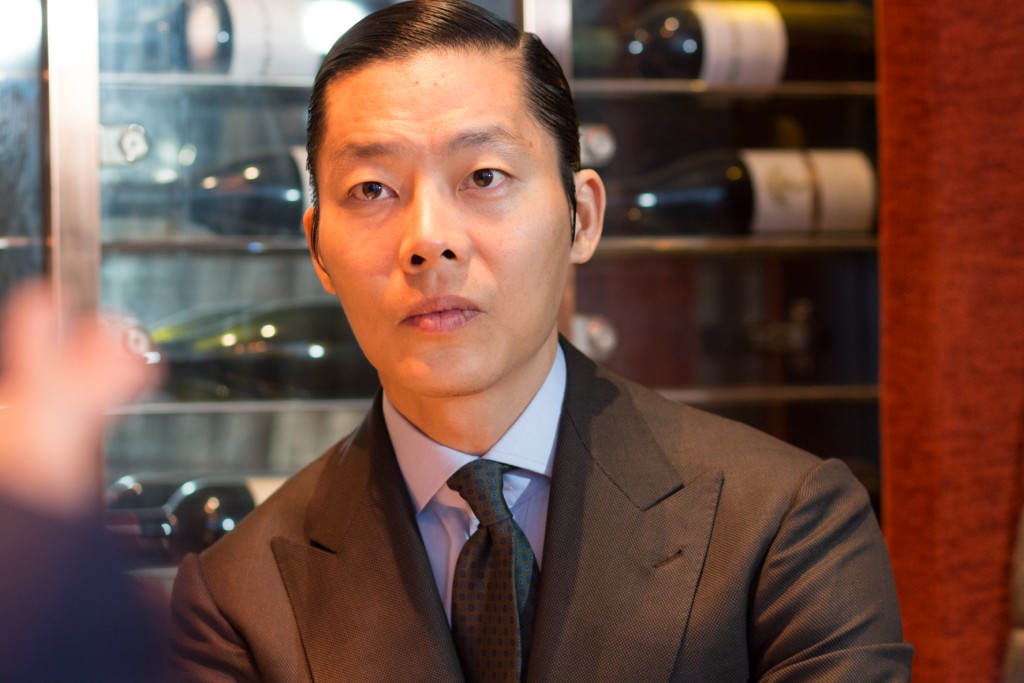 “Details are not the main focus of a suit,” he says, with a slight American inflection. “They exist to enhance the look of the wearer — so I don’t think anything should stand out much. I’d much rather see a suit and not recognise where it’s from but see that it looks good — incredibly good on you.”

And man, doesn’t the one he’s wearing look great. Double breasted with soft shoulders, a muscular chest, and expansive peak lapels, it impresses without ever calling attention to itself. If the quietest detail make the loudest statements then Joe’s sleeve cuffs speak volumes: four–functional buttons; first button undone; buttons not kissing. 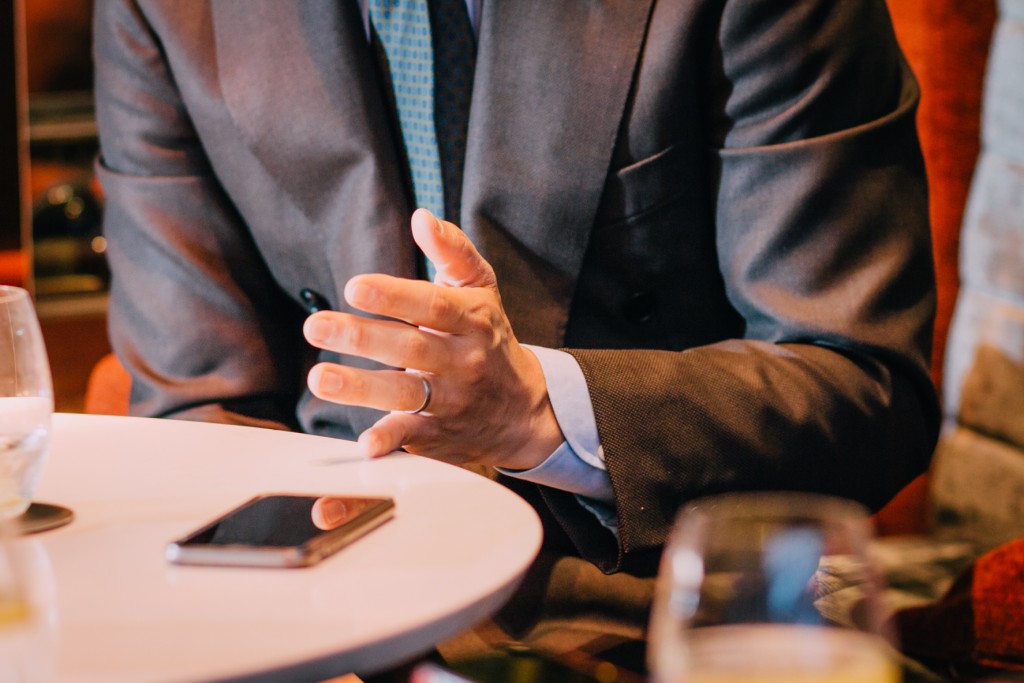 The “oversight” is so subtle it proves that sometimes the secret to being noticed isn’t so much a matter of standing out, but of blending in.

Yet, Joe wasn’t always a sartorial savant worshiped by the myrmidons. Originally from Korea, he moved to Sydney over 20 years ago to study medical science at the University of Sydney. It was while studying Biology at Virginia Tech, however, where his sartorial interests were ignited. “I got into bespoke clothing because I couldn’t fit into clothes,” he says recalling his past as a wrestler and bodybuilder. “I was at least 30kg heavier. I think my chest is something like 38 inches now. I would’ve been well over 50. I had 20 inch arms so I was eating eight meals a day trying to consume as much as I could. Back then I was taking in something like 5000-8000 calories a day.”

It’s not difficult to find parallels between Joe the bodybuilder and Joe the bespoke enthusiast. Both are obsessed with fit, proportions and have Spartan like discipline. After all style, like a Herculean physique, isn’t something acquired overnight. “You have to keep it up,” Joe says. “And maybe when you get to sixty or seventy, you’ll own your style.” 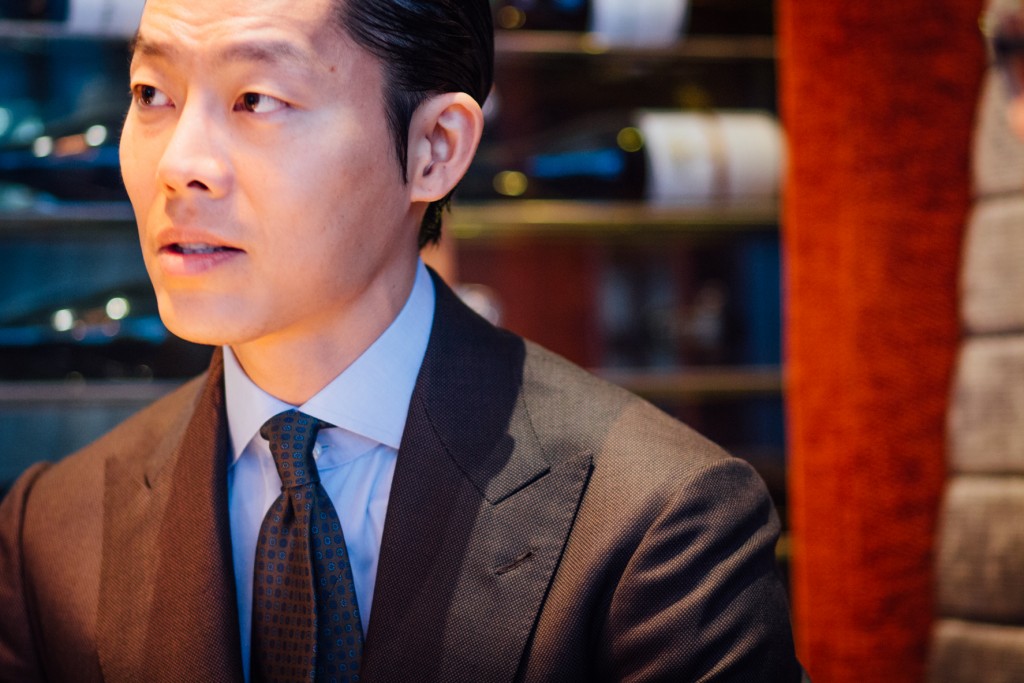 In regards to his own style, Joe informs me he wasn’t always exclusively sartorial. When he was younger he experimented with everything:  from designer labels like Armani and Ralph Lauren to sartorial brands like Loro Piana and Corneliani before going full blown bespoke; dabbling first with British style before transitioning into a more Italian influenced aesthetic.

“I believe everyone is individual and I encourage people to develop their own style,” he says. “Do make a lot of mistakes and try different things. The only way to learn is not by copying but by doing. And you’ll learn from it and your tastes and preferences will change.”

After 10 minutes of chatting about style and why he doesn’t like new suits (“they get better with age”), I ask Joe more personal questions.

“And what about your wife?” I ask. “Is she into bespoke tailoring as well?” 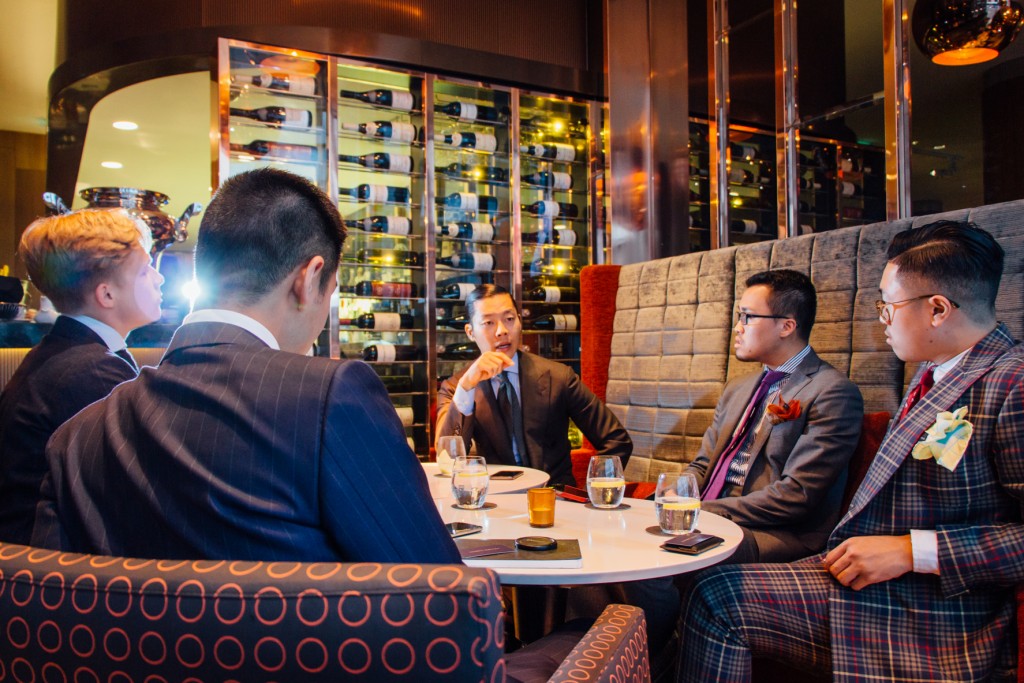 Joe nods and smiles. “Yeah,” he says, disarming me with his candour. “She’s smart. She saw that with fashion you lose money — you waste your money. I think that’s good. We don’t waste money on clothes. But she isn’t sartorial all the time. Sometimes she buys things from Uniqlo and Zara and mixes and matches them with bespoke clothes. I don’t do that but she does that quite well. I wish I could.”

That he hasn’t yet acquired his wife’s sartorial eclecticism doesn’t mean Joe is upset. It actually means the exact opposite: he is content with who he is and what he’s become.  Besides having the internet idolise him as a style icon, he is also a long time student of some of the best bespoke tailors in the country (including the Huntsman trained Bijan Sheiklary) and is the founder of The Finery Company, a fitting business showcasing a selection of some of the world’s most renowned ateliers including Frui, Steady State, Gaziano & Girling and most prominently, the Korean tailoring house B&Tailor.

“Master Tailor Park is a humble tailor,” he says speaking affectionately of the granite faced B&Tailor patriarch. “He’s been doing this [bespoke tailoring] since the 60’s so all he does is work, work, work. Chad’s the man behind the brand and he’s got a younger brother [Changjin] who studied tailoring in Italy who drafts most of the patterns. They work in harmony — the three members of the family — and their sense of style is getting better and better every year. Now they’re going to Italy and creating their own style.” 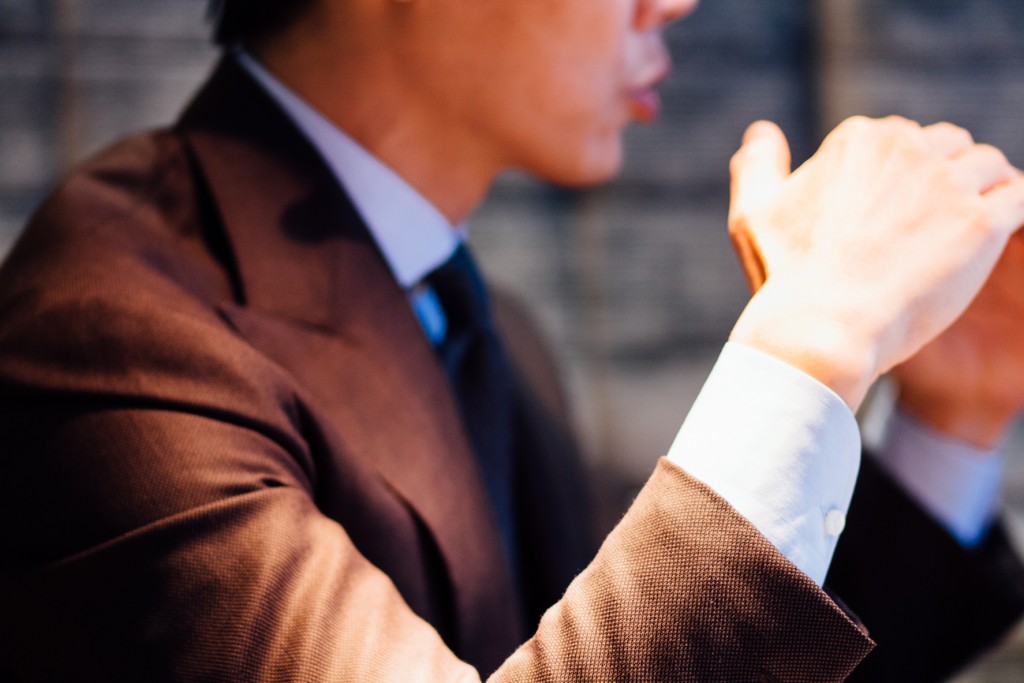 Joe’s reverence reveals the pride with which he supports B&Tailor and his other artisans; even if it doesn’t pay him anywhere near as much as what he was earning before as a globe-trotting fashion retail consultant. He’s only pursuing this for ths pleasure of it – not the money  “I’m not ambitious about the business side of things.” he says. “If the business allows me to do this then I’m ok with it. There is no need for any extra.”

Even when things weren’t easy Joe doesn’t seem to harbour any regrets. “A lot of people didn’t understand what I was trying to do,” he says recalling the Finery Company’s early days. “It hadn’t existed so I guess trying to explain what I was trying to do was a bit difficult and back then there wasn’t much information available. I had to fly to London and Italy and get things made up and learn from firsthand experience since I had no friends who were doing the same thing. Luckily I was gifted with good eyes, a good sense of aesthetics and an ability to fit people”.

Judging by how well he’s done for himself today, I’m sure it wasn’t just luck.

Yet even with his success today as an underground style icon and businessman Joe is beset by problems unfamiliar to either. He has ongoing stomach problems from years of protein packing for instance and he’s also worried about the future of bespoke tailoring. But perhaps most surprisingly, he’s still not all that comfortable with having his photo taken.

“Well; I’m getting used to it but you can never get used to it,” he says. “But I have learned how to smile in front of the camera.” 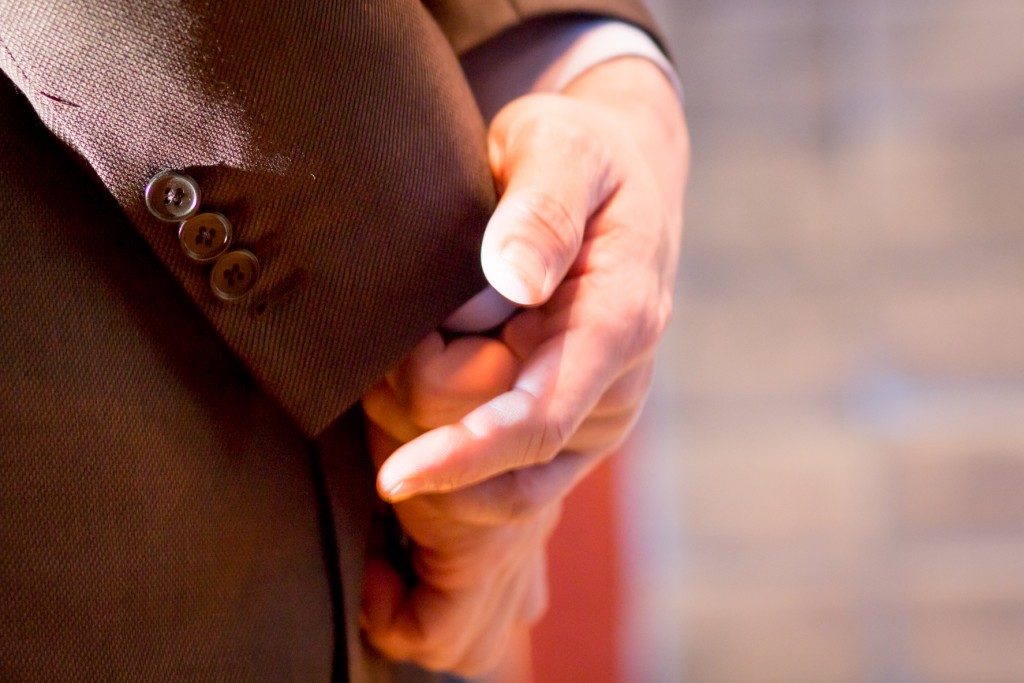