Where John Mayer, G-Dragon and Kate Moss shop for sunnies.

Tatsuya Okamoto was only 16 when he found his father’s stash. He looked awkward as a teenager – tall and frail, with wiry facial hair. Scouting the master bedroom, he made sure no else was around. His father was a man’s man: a construction worker who joined the family business and who deeply valued his personal space.

And he would be home soon.

Tatsuya knew he didn’t have long and  he didn’t know where his dad hid them. But he knew they had to be here somewhere. And so, when he ransacked the closet and swiped aside forests of sports jackets and tailored trousers, he wasn’t surprised at all to find his dad’s stash of vintage glasses scattered all over the floor. He picked up a pair he liked, and tried them on, unaware that one day he would own Solakzade, the most famous optical boutique in Japan. 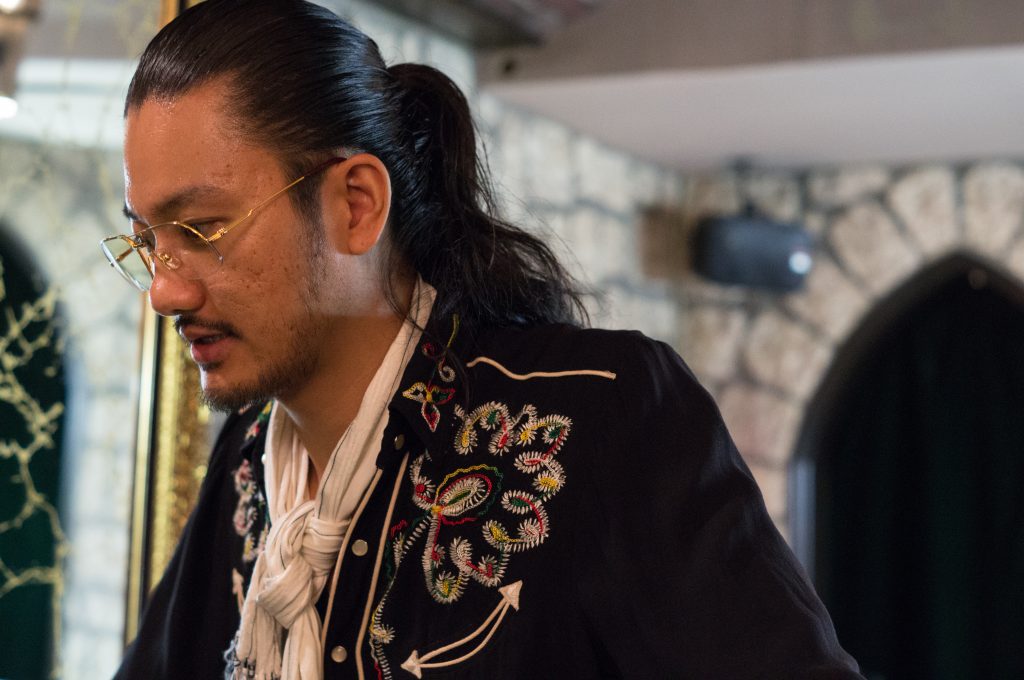 The visual eccentricity reflects the store’s eclectic selection of glasses: over 10,000 pairs of vintage frames dating as far back as the 1800s. 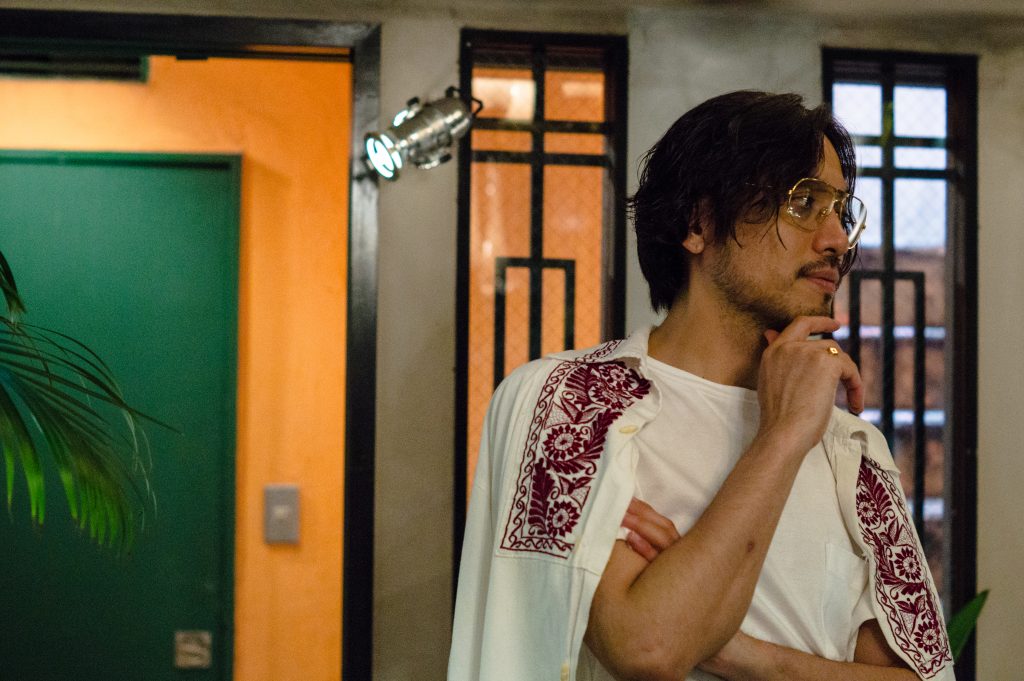 The collection is famous the world over. So famous it attracts the likes of G-Dragon, Kate Moss and John Mayer. “He [John Mayer] took so many of our forties or fifties frames,” Tatsuya says, walking over to a cabinet. He picks up a pair of tortoise shell glasses with trapezoidal lenses, thick rims and a protruding nose-bridge. “[Mayer] took this frame. It is from 40’s France. It has no sign but the brand name is Max Pittion.  He liked it so much he met the family who owned the company and bought the copyright off of them to finally start his own brand.”

Tatsuya only deals in deadstock frames: unused vintage frames. Deadstock is typically found in half-forgotten backrooms, basements and warehouse crates. Because of this they’re often found in near-mint condition, making them relics from an untarnished past. 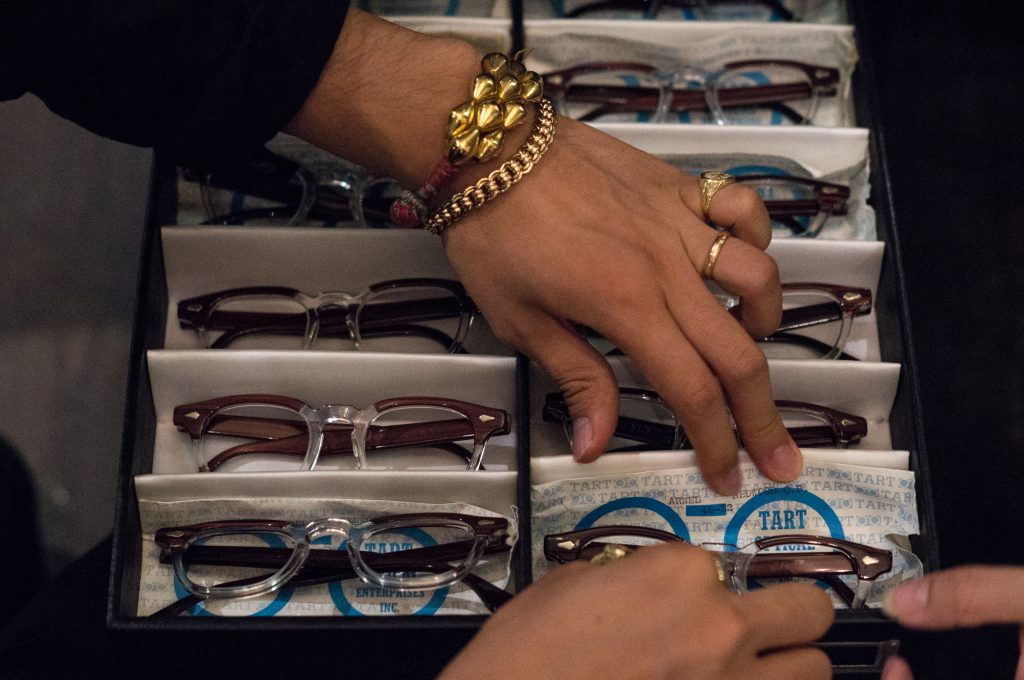 Deadstock, however, is notoriously scarce. After decades in storage, acetate frames are prone to cracking. Additionally, the moisture content of warehouse containers can cause metals frames to oxidise, resulting in discolored batches.

This means that even when Tastuya gets lucky and scores a fresh batch he stills need to rigorously assess the quality. First, he checks for any cracks in the acetate (either on the outside or inside) and then checks the metals parts and the moisture level to ensure that the frames won’t erode further. If they’re not perfect, he restores the frames by hand: replacing broken screws with deadstock ones, buffing and polishing the metal parts, and gently heating the edges of the acetate to return them to their original shape.

His oldest frames are housed inside a hexagonal glass table at the centre of the store. He shows us a pair of 19th Century silver glasses the size of a child’s fist. “Eighty-year-old and hundred-year-old glasses had 30 different sizes,” Tatsuya says moving the frames to his finger tips. He pulls out extendable band-slide arms that click into place. “This one is made of coin silver. Ninety percent silver, ten percent copper.” He turns the frames to the side and points out the narrow rims and uneven edges that indicate where the glasses were hammered by hand during the American Civil War.

When he’s not scavenging for deadstock Tatsuya is busy designing his own frames. His unique designs are a pastiche of modern and classic styles with the countercultural 60s and 70s serving as his primary inspiration.  One of his favorite pairs is made from a sheet of 60s acetate with 50-year-old English hinges, and a shape inspired by a design from The Belle Epoque. 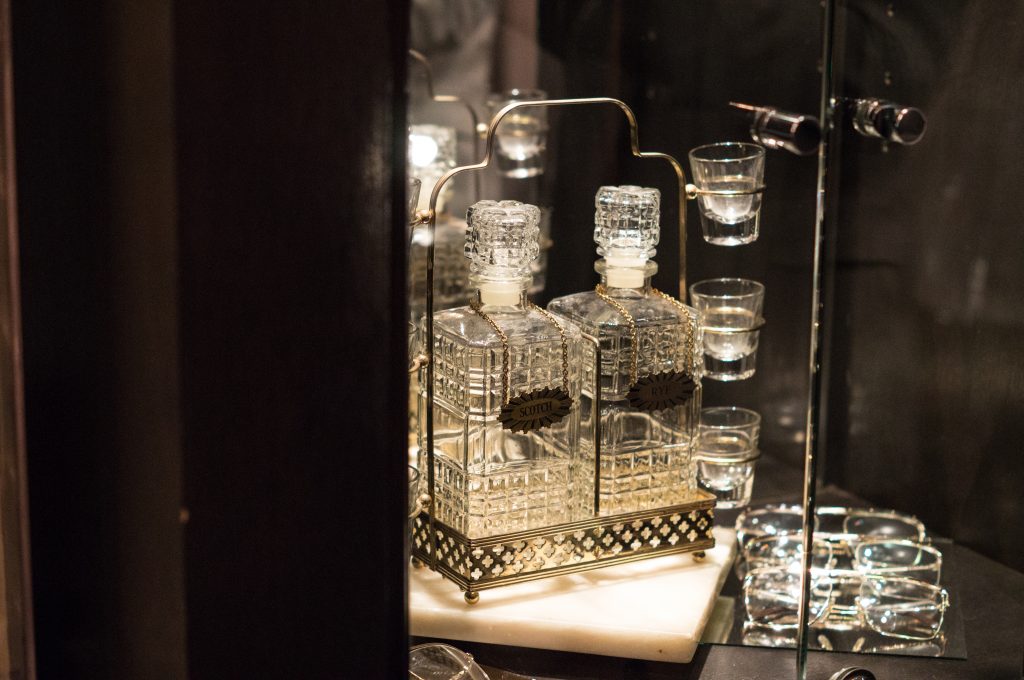 The glasses are manufactured in a  workshop above the store, where his younger brother, Ryo, and a few young craftsmen make the frames by hand. The work is incredibly laborious, with a single pair requiring three days of effort. “I have also been collecting old machines to make eyewear,” Tatsuya says. “Fifty years old or forty-year-old machines. I like old machines because now current factories use 3D cutters and 3D printer so they are machine cut. But I like hand cut and hand polished and hand finished. Current factories are machine cut, machine polish and hand finished.”

Combining modern and traditional techniques yields wild results. When I ask Tatsuya if he has anything “unusual” he smiles and leads me to a mirror in a gilded frame. Hidden behind it is a safe full of glasses. He reaches in and pulls out a pair with emeralds embedded into the tips. 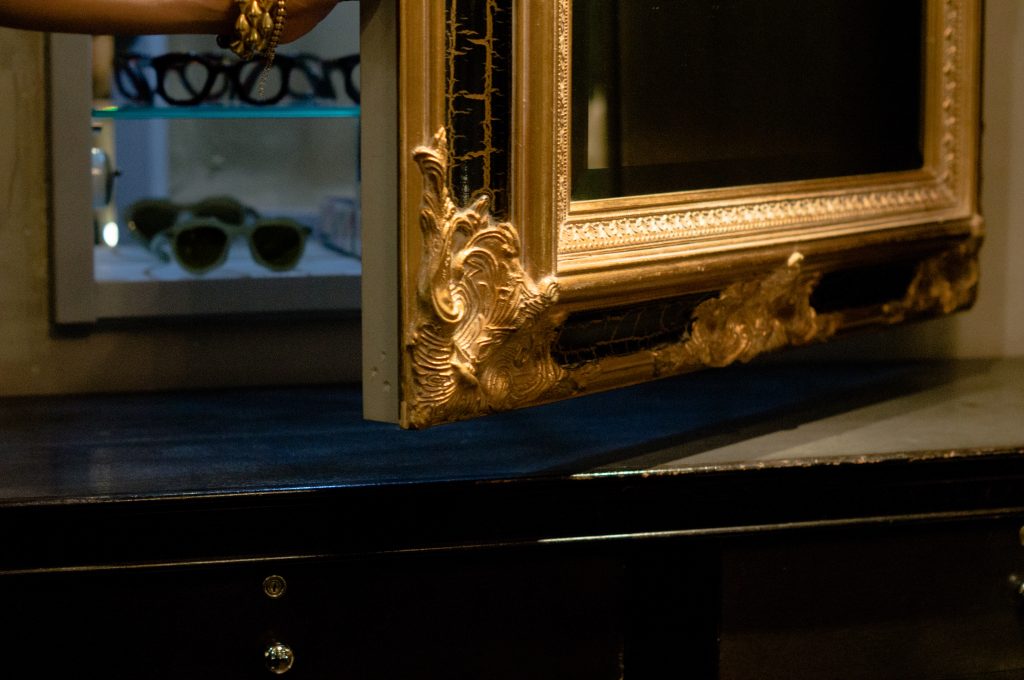 The frames are made of gold, Tatsuya’s favourite material. He explains that in the early 20th Century, gold was an expensive yet common metal used to make frames valued as much for its lustre as for its physical properties. It is lightweight, corrosion resistant, and reflecting the high price of glasses in the early 20th century, appropriately luxurious. “Gold has a feel. Of current brands, titanium is good, light and very hard to get rusted, but for me, not cool. No feeling or mood.”

A stickler for the highest standards of craftsmanship, Tatsuya also believes that glass lenses are infinitely superior to plastic ones and refuses to compromise, even when he struggles to find any. “Imagine cup glass, glass cup or plastic cup. Plastic is for children or cheap restaurant. So hard to break but less clear. Glass is more clear, and better texture. So like silk or cashmere: higher grade material.” He picks up a pair and taps on the lenses. “You can tell difference by sound.” Glass lenses ring clear and crisp; plastic lenses flat and hollow. 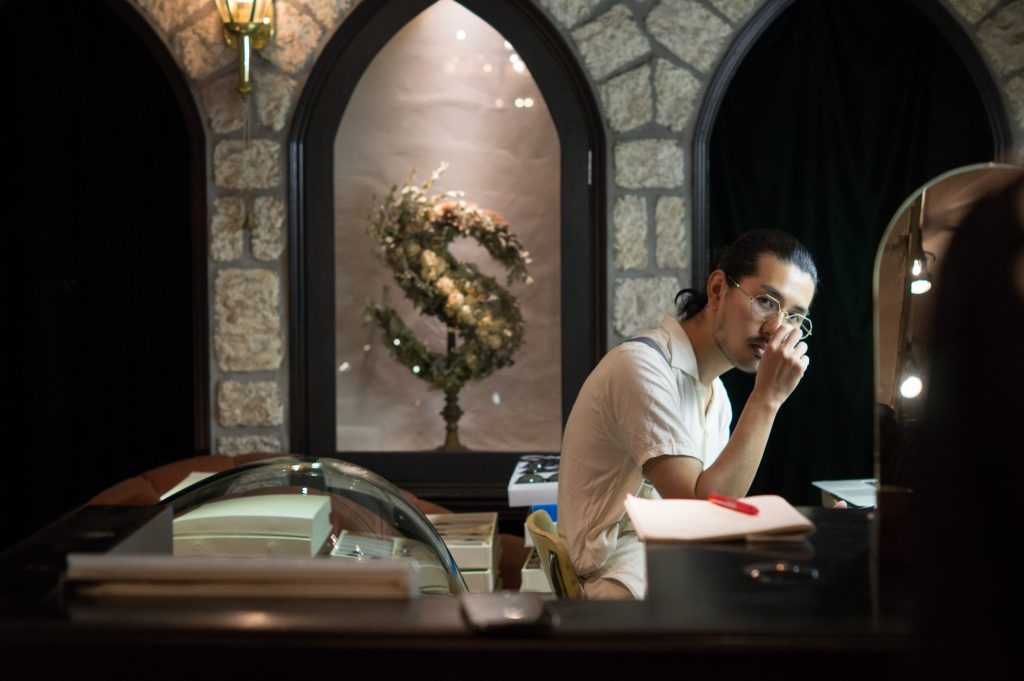 Lenses made from glass also look sturdier because of glass’s higher density. This gives them a visual heft that complements robust frames and invigorates even small ones. Glass lenses – cold to the touch and heavy – imbue the face with an expressive quality that makes the wearer look (and feel) super-natural.

As he describes it, Tatsuya think of glasses as “talismans”: objects with the potential to acquire a spiritual quality that transcends aesthetic and functional considerations, capable of transforming how we think of ourselves on some deeper fundamental level.

Checking out his eclectic style, I ask Tatsuya what he’s wearing now.

He points to his deconstructed trousers. “This is Alexander McQueen.” Then his braided shirt. “This is 50s vintage.” Then his white low-tops. “And this is Adidas 90s sneaker. Sometimes I even do RRL suit or sometimes tennis look – white polo shirt and shorts. So every day is different.”

“And your glasses? What are those?”

He takes off his gold Aviators and hands them to me. “This is 80s Cartier.”

I consider trying them on for a moment, but decide I can’t pull them off. “It’s very mixed,” I say handing them back to him.

He laughs. “Yes, very mixed,” he says, brushing aside his ponytail and putting his glasses back on. “Mixed is my very important message and policy.” 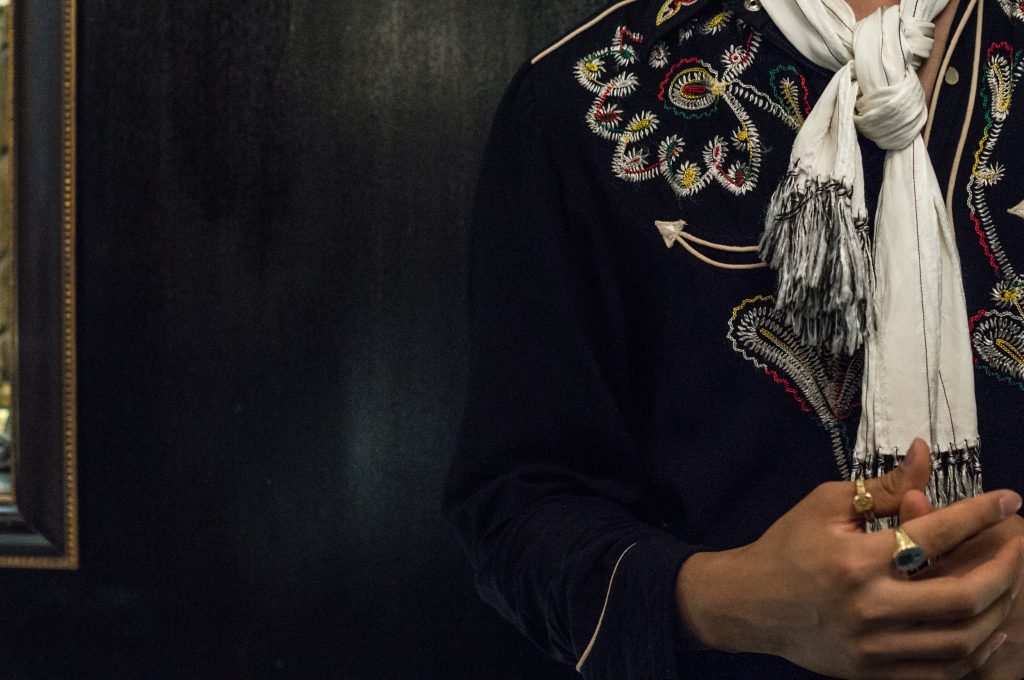 Special thanks to Ethan Newton for introducing us to the boys at Solakzade. Last day in Japan well spent.