An interview with Yohei Fukuda, Japan’s most famous bespoke shoemaker.

This was it. The twilight hours before I would meet the Yohei Fukuda, Japanese bespoke shoemaking extraordinaire. I sat in the narrow hallway of my Tokyo Airbnb, polishing my shoes as if to pass them off as a pair made and shined by the man himself. Yohei’s work is undeniably beautiful, so glossy you could probably see more imperfections in the reflection of your face than in the shoe themselves. As I worked the wax onto my new pair of black captoe oxfords, I saw all my dress shoe dreams come true. Hell, I wouldn’t even mind if I slipped in these bad boys, cause I’d fallen for them hard. Then I drooled onto my shoes and woke up, remembering that Yohei didn’t make them, and realising I just spent the past hour daydreaming about footwear. Welcome to menswear, people.

Yohei Fukuda is probably best known as the man behind the beautiful bespoke shoes that get his +80,000 Instagram followers turnt. To his family, he’s the prodigal son, the boy who left small town Toyama to travel and study with England’s best shoemakers. But to the rest of the world he’s a man who has made and repaired shoes for John Lobb, George Cleverly, Edward Green, learnt from Tony Gaziano, and even crafted a pair of shoes for Jeremy Hackett.

Yohei has been into classic clothing since he was a teenager. When he received any money from his parents he spent it on classic English tailoring. A massive fan of the hyper-elegant garments of the Edwardian era, Yohei moved to England on a whim after secondary school.

“Well, I wasn’t sure what I was doing before I moved to England. I finished high school and I was hoping to become a tailor. But there were a few shoe colleges and my classmate just asked me to [go to] Tresham with him”. But it was the Northampton shoe museum (now long gone) that Yohei visited in his spare time. “I saw beautiful shoes… dark black oxfords from 1910. I was very impressed by the quality for something almost a hundred years old.” He could barely get through his words without choking up. “I tried some shoes like those but they didn’t fit me. So I started to make shoes, because I wanted to make those shoes for myself.”

Yohei seemed destined to be a shoemaking prodigy even though he admits it was hard work. “The first thirty pairs were quite bad. They were painful because of the stitching or some parts of the shoe were not properly made. When you start, the easiest shoes, and [thus] the first pair [to make] are ladies court shoes. So when we went to college, we learnt how to cut the patterns for the court shoes. I made the court shoes in my size and I even tried them on and wore them outside.” 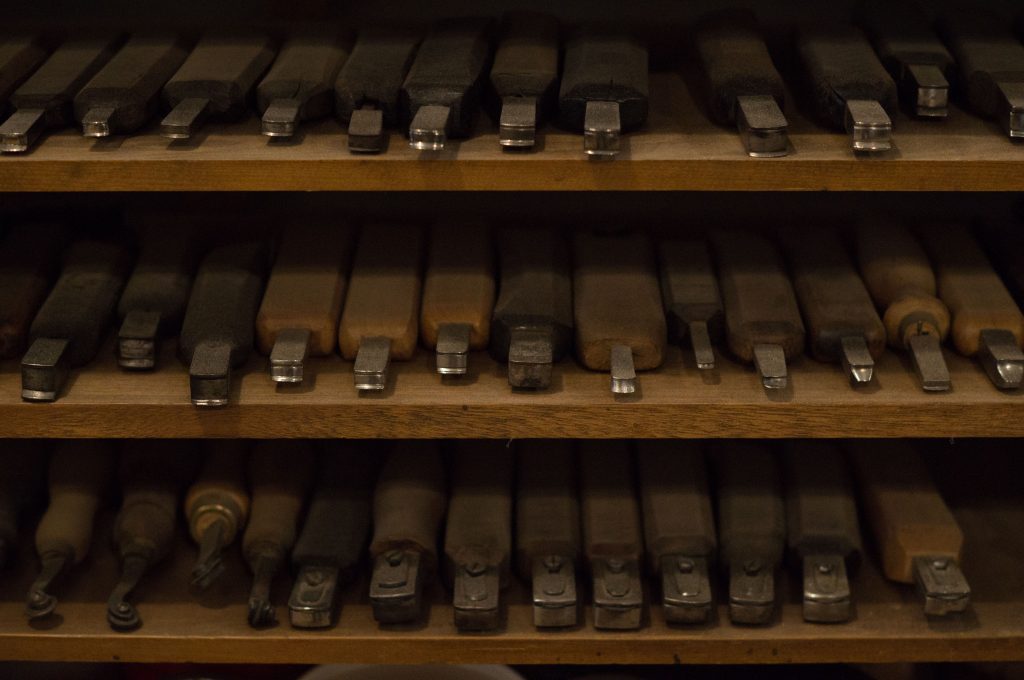 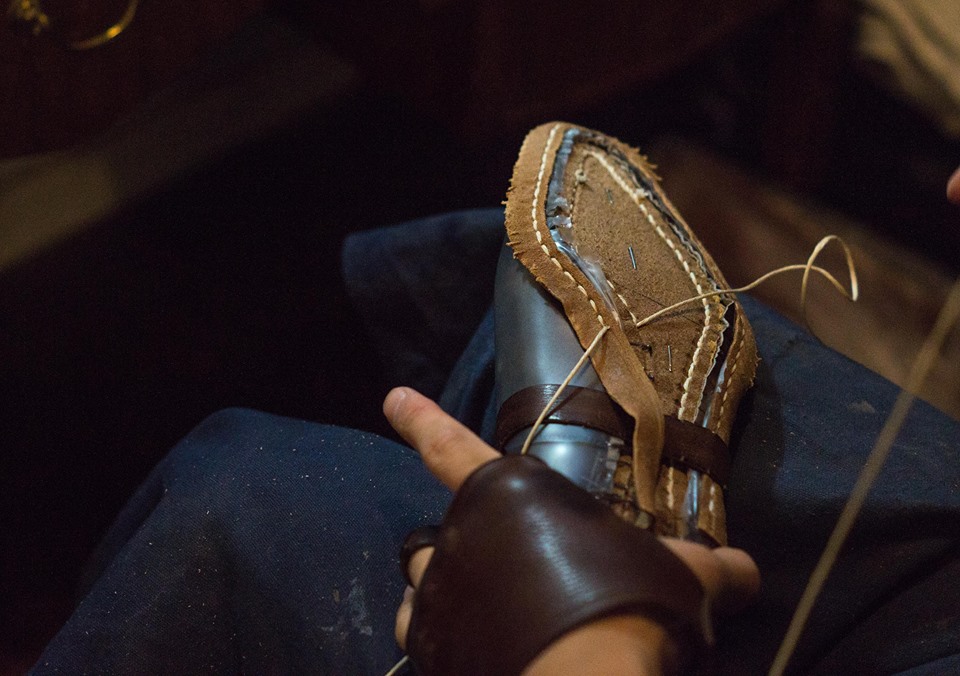 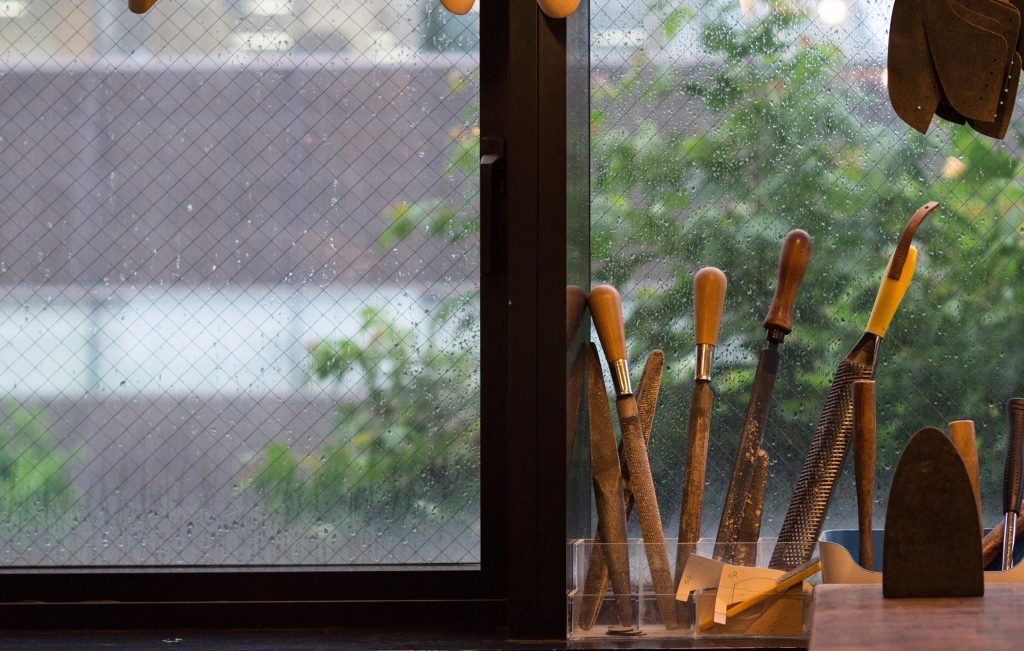 And in that cross-dressing experience, Yohei had taken that one small (and painful) step towards turning his dreams to reality. Today, Yohei works out of his showroom based in Aoyama where his artfully crafted shoes rest upon a floating shelf,  and where framed vintage menswear illustrations hang on the walls, lit by soft brown and yellow spotlights. In the workshop upstairs, Yohei’s three apprentices practice their shoemaking. The workshop smells of freshly shaved pine and beeswax, and lining the walls are chisels, blades, and rolls of calfskin leather. Next to the window at the end of the workshop is a clothesline of wooden lasts (moulds of human feet used to craft shoes) where an apprentice, even older than Yohei, sits and hand welts a pair of brogues. 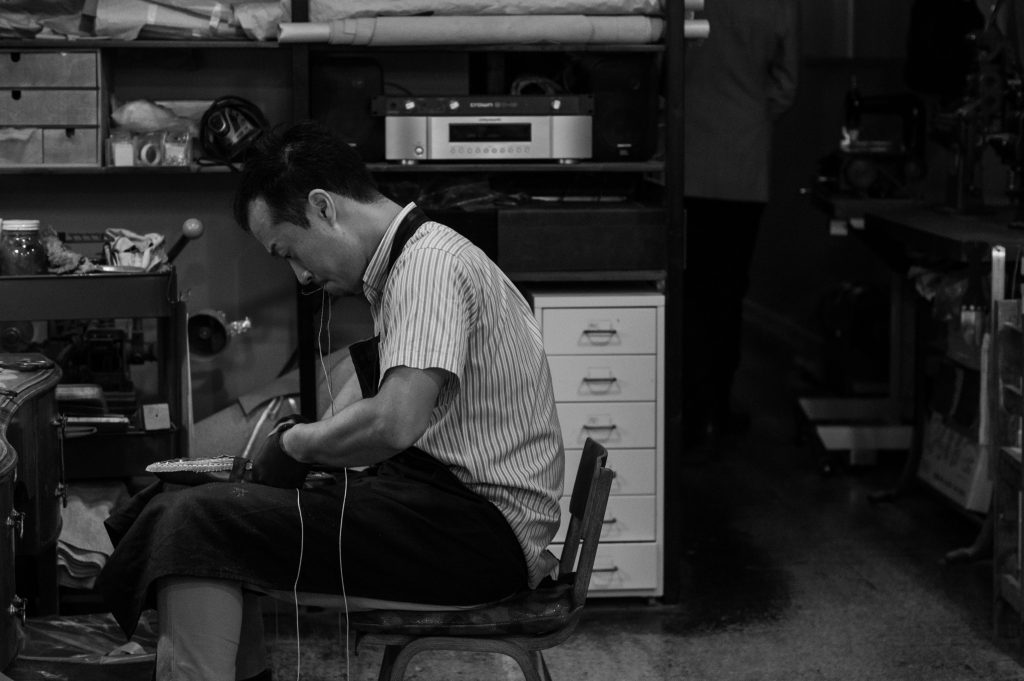 Yohei is one of an estimated sixty or more bespoke shoemakers in the country, but he has carved out his place with his iconic Edwardian-inspired last. It’s incredibly distinctive: a high instep creating angular juxtaposition in the shoe; a chiseled toe that’s more shapely than a Cleverly; a rounded heel that shines like a billiard ball; and a beveled “fiddleback” waist paired with the rounded eyelet holes that creates a contour along the quarters accentuating a heavier toe box leading towards a sleek heel. The proportions are what Yohei describes as “elegant”.  I describe them as “perfection”.

“It’s easier to make more beautiful shoes with a high instep for example,” Yohei explains. “You may have a high instep but I could make shoes to look like you have a low instep. But with a low instep, it looks quite flat and doesn’t look very elegant. With the curve, it makes the shoe look more interesting and elegant. The balance is very important and there are so many different ways to make shoes.”

Yohei’s process begins by studying your feet in a way you never knew was even possible. From a block of wood he creates a unique last to determine the shape of your personalised shoes with measurements you didn’t even know existed. If that wasn’t enough, Yohei is one of the only bespoke shoemakers in the world who makes “two” pairs of shoes for a single commission, causing rapid firing of my 2-for-the-price-of-1 neurons. He’ll make a pair of shoes (identical in every way to the pair you requested) for you to try on, which he will then dissect to inform the making of the next pair (because that wasn’t even my final form yo). “I do this because, I am a fussy customer too.” Yohei laughs. “If I was a customer, I would like to try the same leather, same styles, before my bespoke shoes are finished. I want to try on the test shoes to see how they look, so I understand how customers feel.”  Both mentally and physically it seems as each pair involves 150 hours of handwork.

Yohei’s expertise in knowing how people think and feel is probably thanks to his undying wanderlust. His first trip overseas ended with him breaking up with his then-girlfriend just before they were scheduled to visit Disneyland, Anaheim. Though he was only eighteen at the time and totally alone in a foreign country it didn’t deter his adventures. Yohei has since travelled all around the world from England to Italy and he has finally chosen to settle in Japan with his wife and two children. But he’s still treating life like a game of Dragon Quest. “I like to be lost in a foreign country. It’s fun! If you don’t have a map and you don’t where to go, it makes you worried, but it’s kinda fun to me.”

Yohei mentions he has never been anxious about what to do next. He had no idea what he wanted to do after college and he isn’t too concerned about the future of his bespoke shoemaking atelier either – despite the fact that the craft is struggling worldwide.

“Nowadays we can search anything on the Internet and people go, ‘Oh I know that well.’ But actually they don’t know that thing really, until they see it, feel it. If you are lost, you have to ask somebody, and if you don’t know where to go or you haven’t got a map, you have to ask people. [But] that’s good! That is life!” 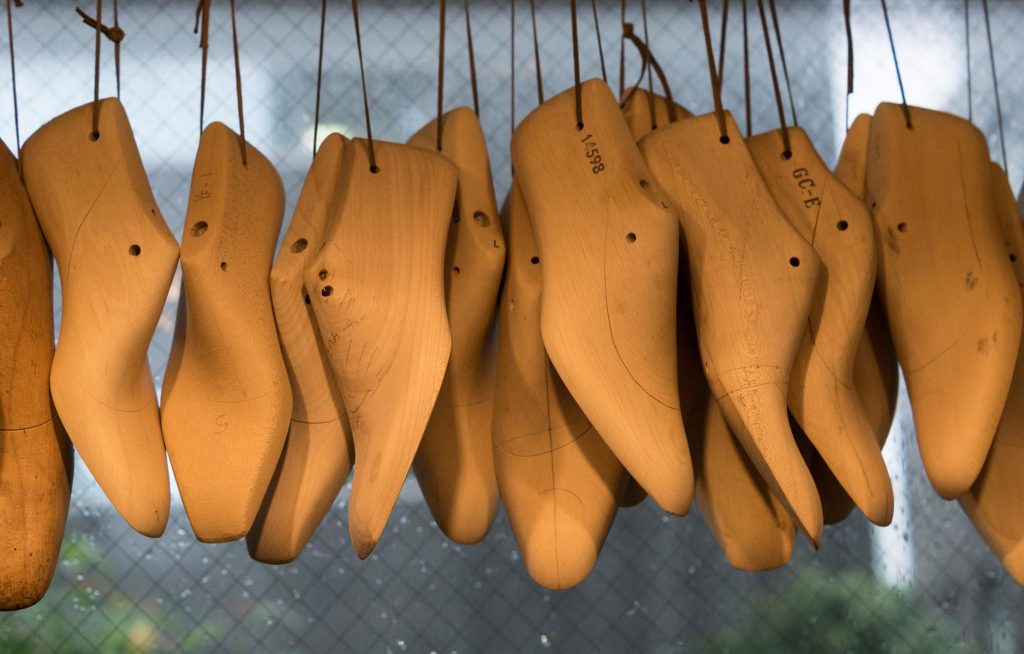 I couldn’t say I felt the same. As a Vietnamese-Australian guy (with bad facial hair) who didn’t really know a lick of the language I could easily get lost in bustling Tokyo. Yohei could freely wander around the English countryside but me?  I didn’t even know where to go next.  So I had to ask. “Do you know a good place to get food around here?”

Yohei looked out the window to a rainy Tokyo, folded his arms and tilted his head. For a moment he said nothing. I wondered what he thought of this fat fanboy who had travelled so far to meet him, or if he realised I was one at all.

Then he picked up his umbrella and turned around. “Yeah, let me take you to this little Italian place,” he said.

And it was nice. 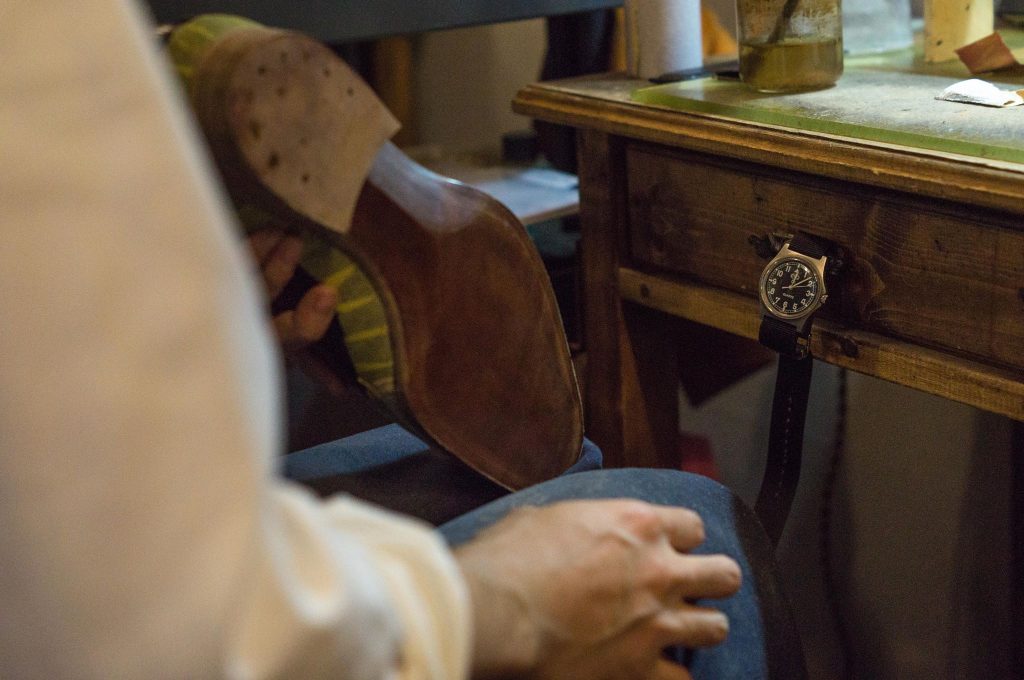