To bring an outfit together use colours that are similar to your skin tone.

Below, Alessandro Squarzi, repeats his skin tones to create a cohesive look.  The stone coloured waistcoat under his deck jacket brackets his face between the white t-shirt and his grey hair, drawing our attention to it. It also brings out his rich tanned skin since it’s of a similar hue.

Chad Park (of B&Tailor), by contrast, approaches things from a classoc menswear perspective. Below Chad has gone with a tobacco macintosh coat that echoes the tones of his face. Chad’s repetition of skin tones makes the outfiit work, allowing him to fearlessly experiment with other colours like navy, white and brown. 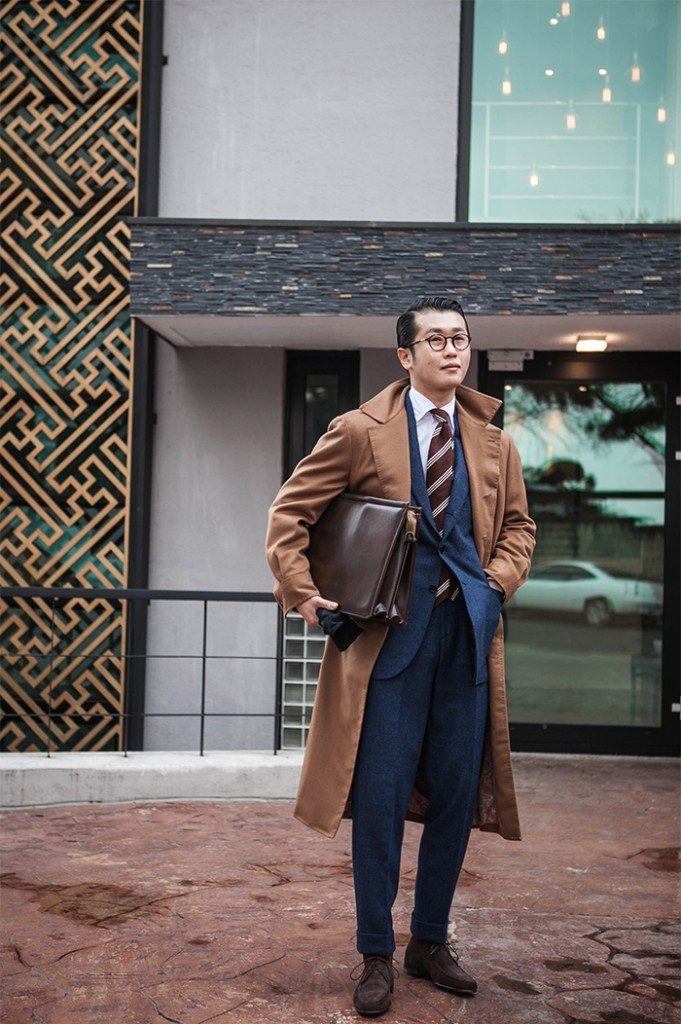 Since the eyes are generally the first thing we notice about somebody’s face, repeating their tones can be quite striking. Just check out this model from the A/W 16 Eidos campaign below. Beneath her navy wool mac,  is a navy Breton shirt with blue stripes, that reinforces her eye tones. 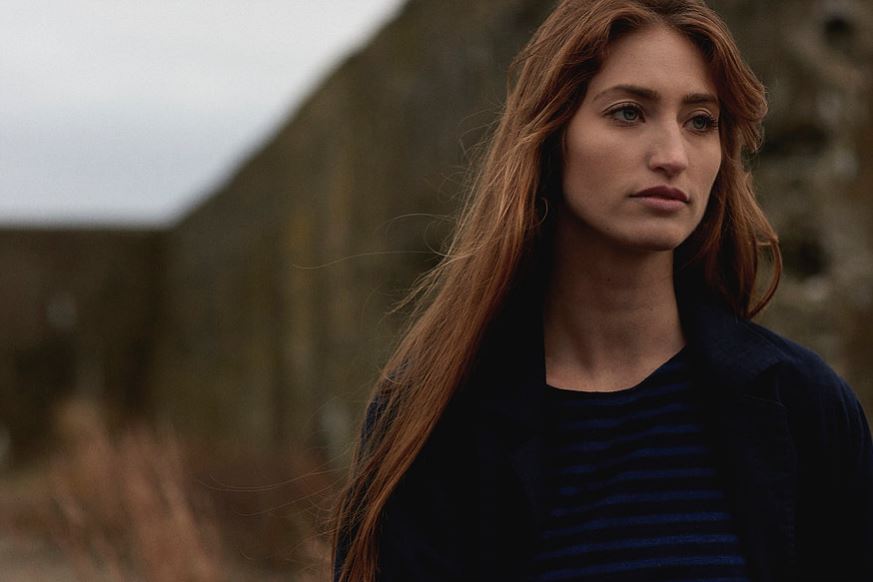 You can also repeat lens and frame colours if you wear sunnies.

Christian Kimber is a pro at tonal repetition. Below, the tones of his walnut-coloured lenses are repeated in his scarf and coat. Due to their similar intensities, the tones recall his glasses.  Similarly, Christian has also repeated the tones of his mocha frames in his trousers and tote bag. This allows him to pull off an outfit comprised of disparate elements. 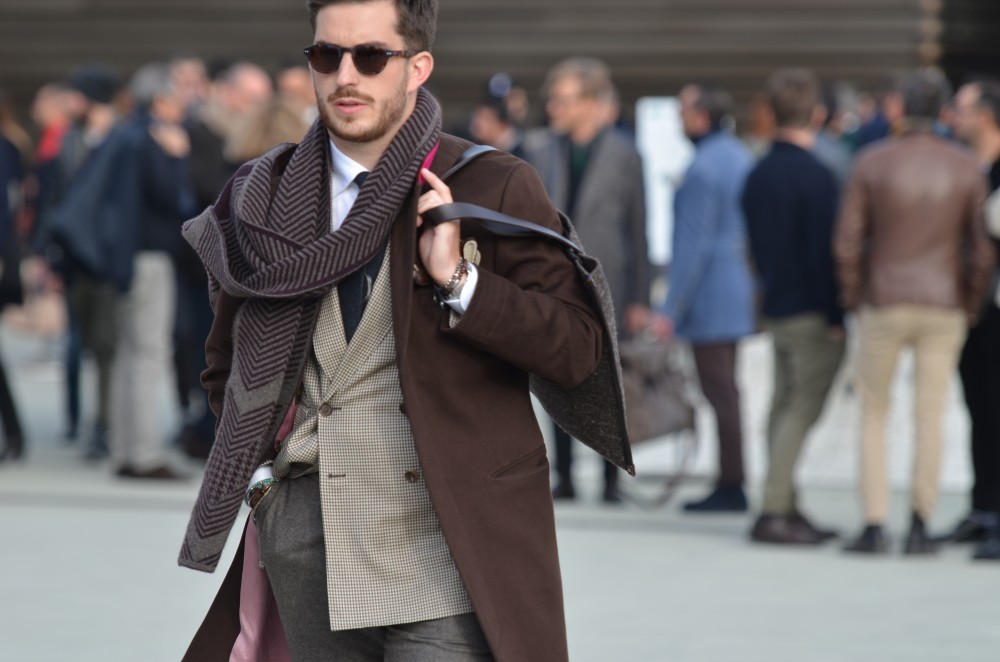 Another way to create a cohesive look is to repeat hair tones. 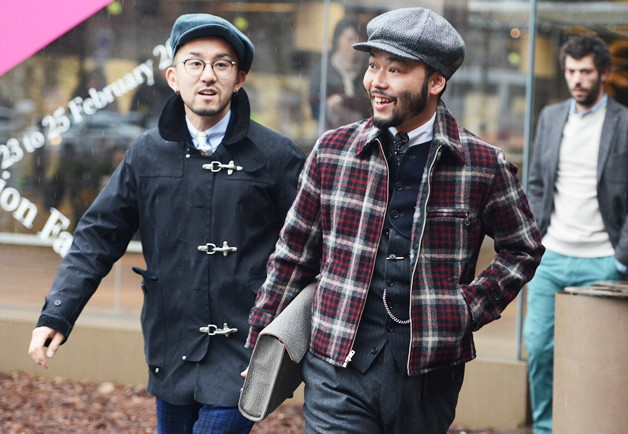 Motofumi “Poggy” Kogi (Creative Director of United Arrows & Sons)  loves controlled chaos. Above, Poggy has repeated black for consistency. Echoing his dark beard is his herringbone waistcoat, dark tie, and the black checks of his flannel blouson. Though his clothes combine disparate workwear and sartorial styles, the use of black unifies them. Similarly, note how Poggy’s cap is a visual substitute for his hair and how its grey tones are reflected in the blouson’s large checks, his folio and his flannel trousers. Thoughtful colour coordination transcends clothing genres. 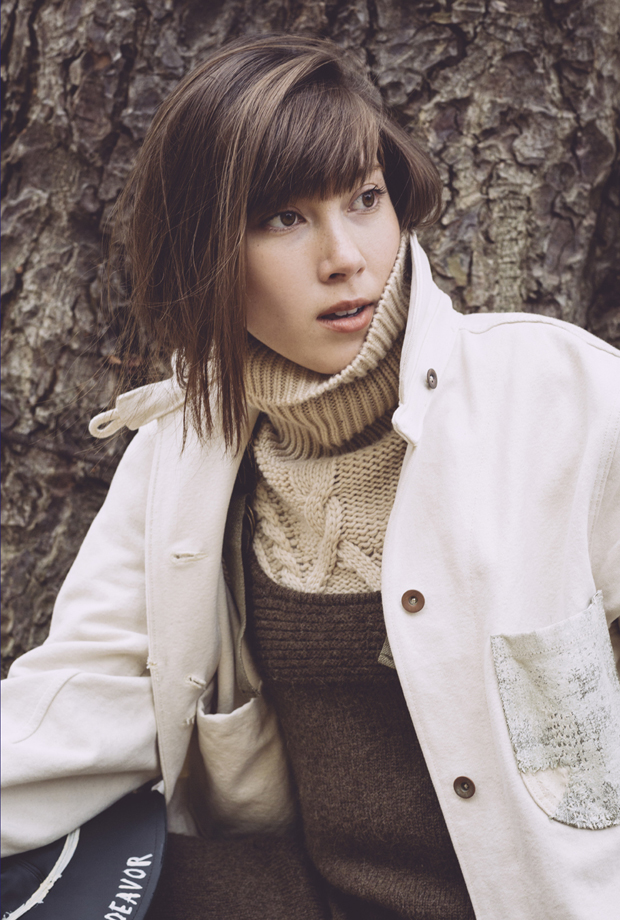 Lauren Yates (blogger @ Ponytail Journal) pulls off an equally crazy combo. In the outfit above, her auburn hair is echoed in different shades of browns – from her chocolate overalls to the cappuccino buttons of her balmacaan coat. The repetition of tones makes her outfit visually consistent, despite the multiple textures and silhouettes, and their similar hues helps lift the colours in her face.

Putting it all together

You can combine approaches to get some pretty interesting results.

See if you can figure out what’s going on here. 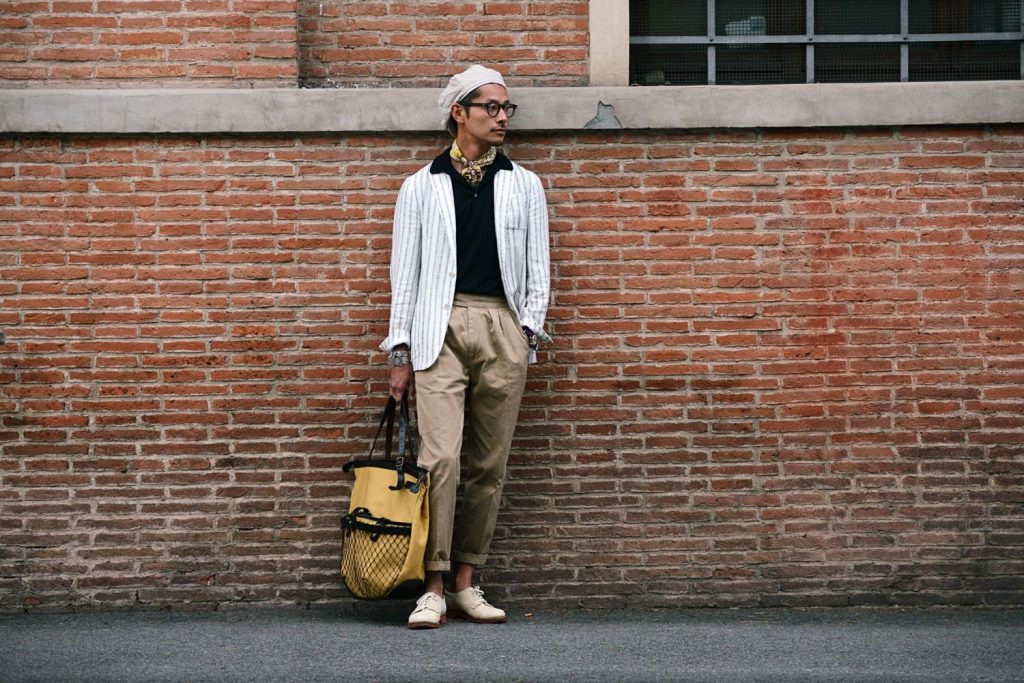