And we’re not just talking white and navy

Repeating tones (covered in our previous instructional) is a simple way of matching colours but it limits what you can experiment with.

Instead, try repeating contrasts in your outfit and watch your horizons expand.

Contrast classes categorise appearances based on the degree of contrast between the tones of your facial features.

Generally speaking, most people fall into one of the following contrast classes:

Matching the amount of contrast in your outfit to your contrast class produces combos that amplify your face’s natural colours.

Jake Grantham, formerly of The Armoury, illustrates how something as simple as a grey, blue and navy combo can kill when done right. 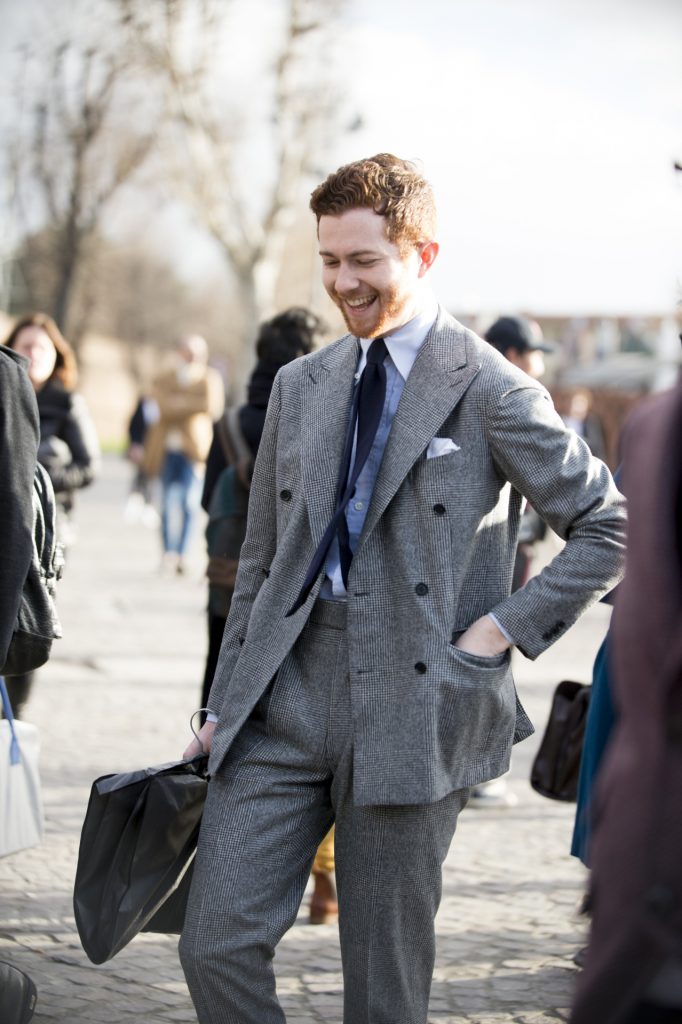 Above, Jake’s light-grey POW check jacket, and light blue shirt  complements his bright red hair and pale skin perfectly. The outfit seems just right – none of the colours are overwhelming. But the apparent simplicity belies a real sensitivity to colour. And that beautiful Florentine style jacket (phwoar!) just seals the deal. 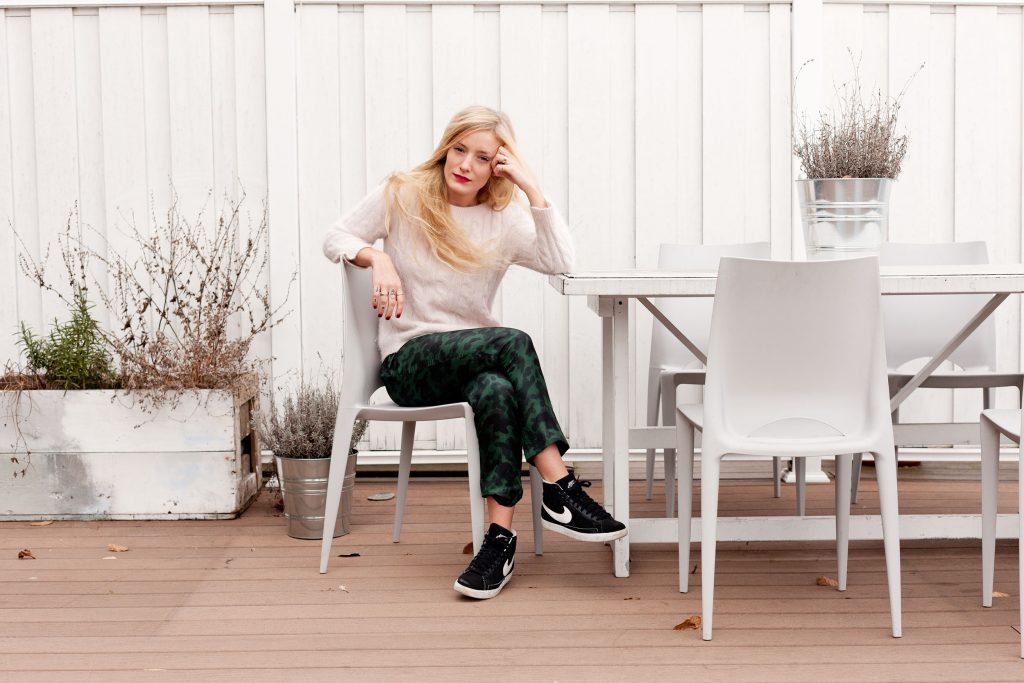 Above, Kate picks an oatmeal cable knit sweater and gold jewellry, that matches the intensity of her light facial features.  These subtle contrasts create a harmonious outfit. 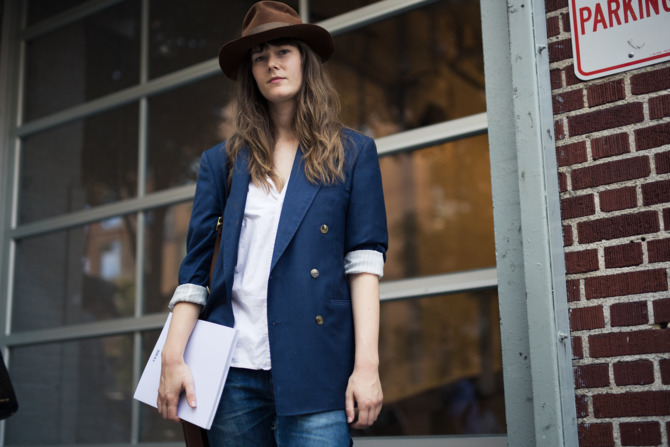 Ashley Owens, editor of Suited Magazine is someone we’ve long admired for her boho-sprezz. Ashley belong to the less intense end of the medium contrast class with her auburn hair and light skin.  Above, the contrast between her facial features is matched by the contrast between her blue nautical blazer (brass buttons picking up on her highlights), and her white T-shirt. Her facial features take centre stage and her outfit supports it. 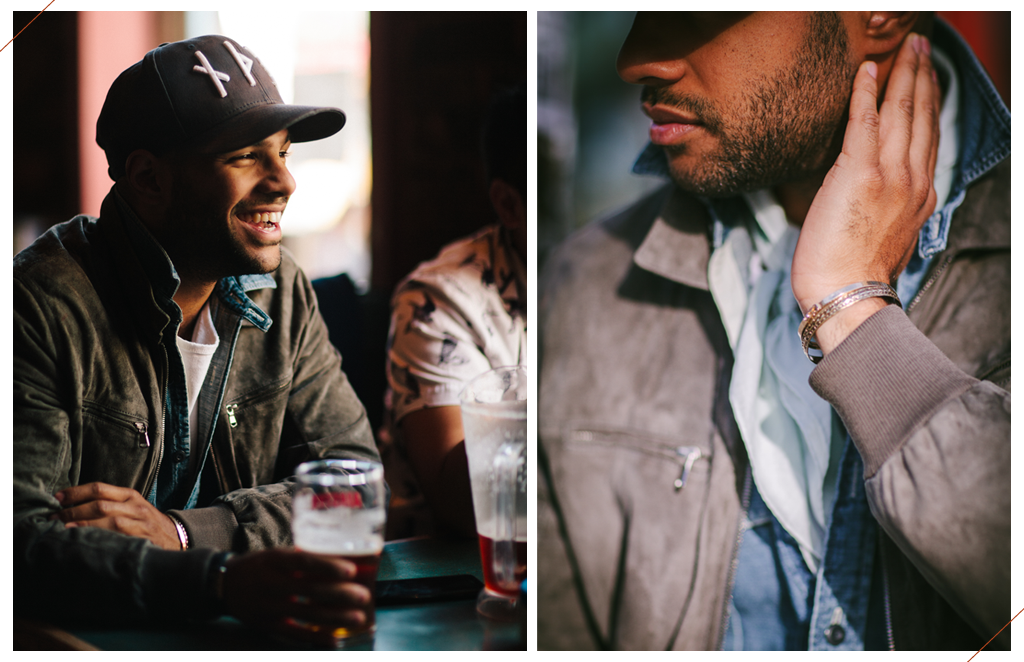 Since the medium contrast class describes any combination of light and deep facial features, it also includes guys with rich brown features like Neil Watson, photographer and editor of A&H magazine. Like Ashley, Neil benefits from light and deep tones. Above, Neil matches the medium contrast of his face with his outfit. Firstly, the contrast between the colours of his baseball cap match those of his face.  Secondly, the same level of contrast is also echoed in the balance of tones between his white t-shirt, denim over-shirt and cocoa flight jacket. The repetition of contrasts help to bring out his natural features.

People from the high contrast class have a mix of light and dark facial features. Bold combos, with colours from opposite ends of the spectrum,  accentuate their vivid tones best. 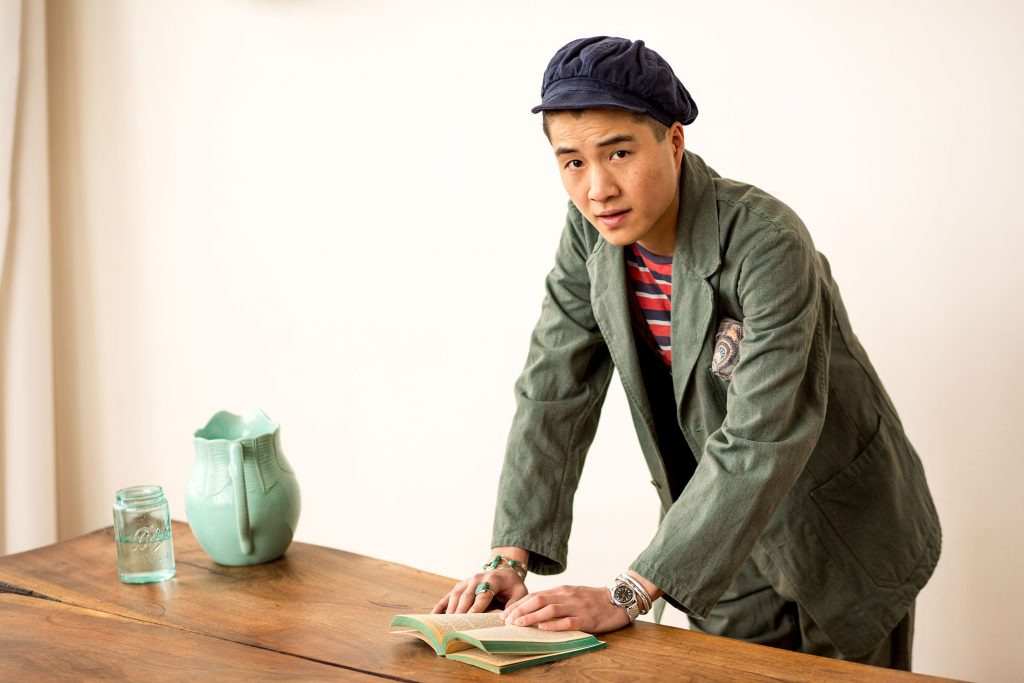 Joseph Au, RRL designer and Aussie-expat, for example has picked workwear pieces that complement the high contrast between his black hair and light skin. Above, the dark stripes of his t-shirt and navy cap match the intensity of his hair while the olive work jacket and yellow pocket-square capture his complexion. The balance of contrasts helps to maintain visual continuity. 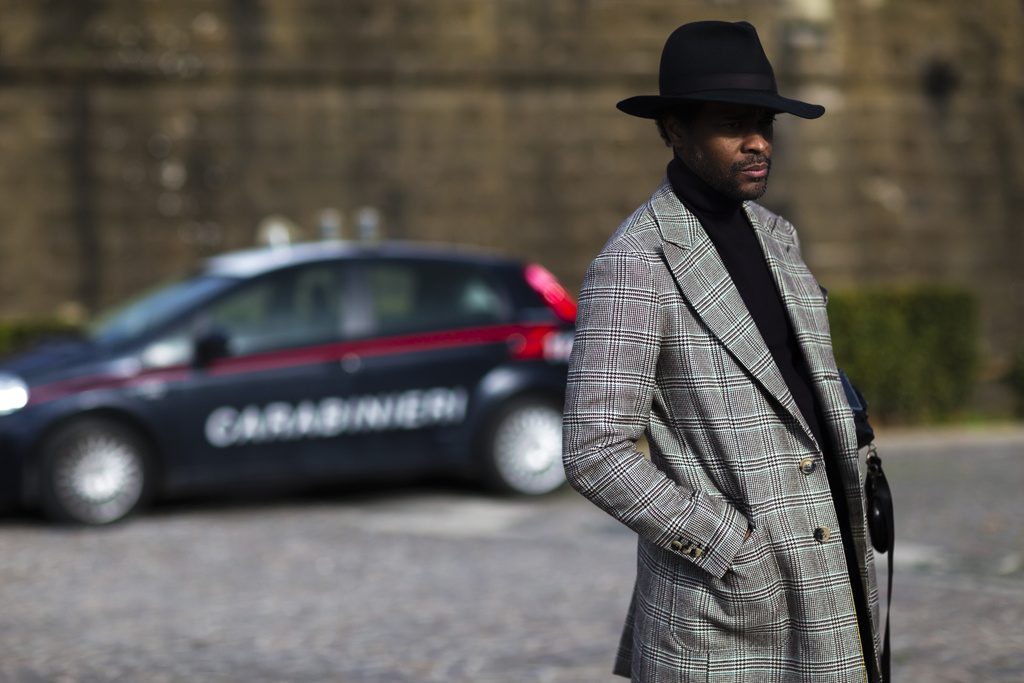 Dark blokes are also considered to have high contrast complexions since a high degree of contrast will almost always exist between their outfit and the tones in their face.

This makes matching colours easy but Edwin Guerre, street style photographer, doesn’t this for granted. The grey Prince of Wales check  jacket is already a perfect match but his turtle neck and fedora add extra oomph. Like Neil Watson’s cap above, Edwin’s fedora helps bring out his darker features. The way his turtleneck picks up on the jacket’s black checks also produces a dramatic finish. Some guys just have it all…