Autumn has finally arrived in Sydney. And just like every other year, it’s bloody unpredictable.

Realistically we’re all limited by financial resources and closet space. So I think it makes sense to invest in clothes that are both durable and versatile.

Like we recently explored, military jackets are some of the most durable and versatile garments around. Rugged but elegant, they’ll keep you warm (and looking cool) no matter the weather.

So without further adieu, here are the best military jackets in Australia.

The G-1 flight jacket was developed during the 1930s, but it was only during WW2 and the Korean War that it really began to take off.

The original design featured a bi-swing back and underarm gussets for mobility, button down flap pockets for easy storage, and a fur lined collar for warmth. Due to the lack of internal heating in aircraft, the military made jackets out of leather (either goatskin or cowhide) due to its insulative and wind-resistant qualities. 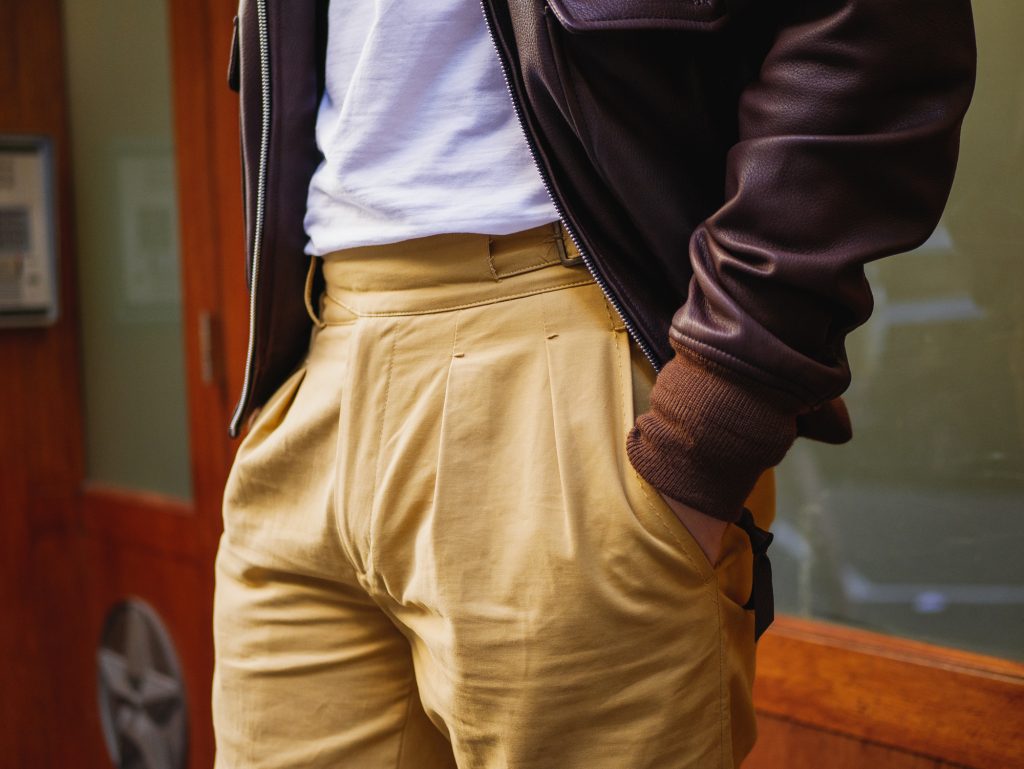 Today, the G-1 remains uniform-issue for elite aviation personnel in the US Navy, Marine Corps and Coast Guard. Jackets with patches are sometimes referred to as “Top Gun Jackets”, after the eponymous film starring Tom Cruise.

Despite its timeless design, rocking an original can look costumey (Especially if the only warfare you’ve ever engaged in is over Xbox Live).

Luckily, Steve Calder and Craftsman have updated the classic jacket.  “I wanted to streamline the design, focusing on tonal colours and a clean aesthetic while maintaining the comfort and masculinity of the original G-1,” Steve says. “The shearling, stitching and wool ribbed details match the colour of the leather chosen, whether brown, navy, black or dark green. To achieve this, we sourced shearling in different shades.”

The jacket is also slimmer. Steve has shaved the shoulders, raised the armholes, and straightened the collar.  Additionally, he has streamlined the iconic flap pockets and removed the front zip panel. “There is also a small shearling panel inside the diagonal front pockets for warmth.” 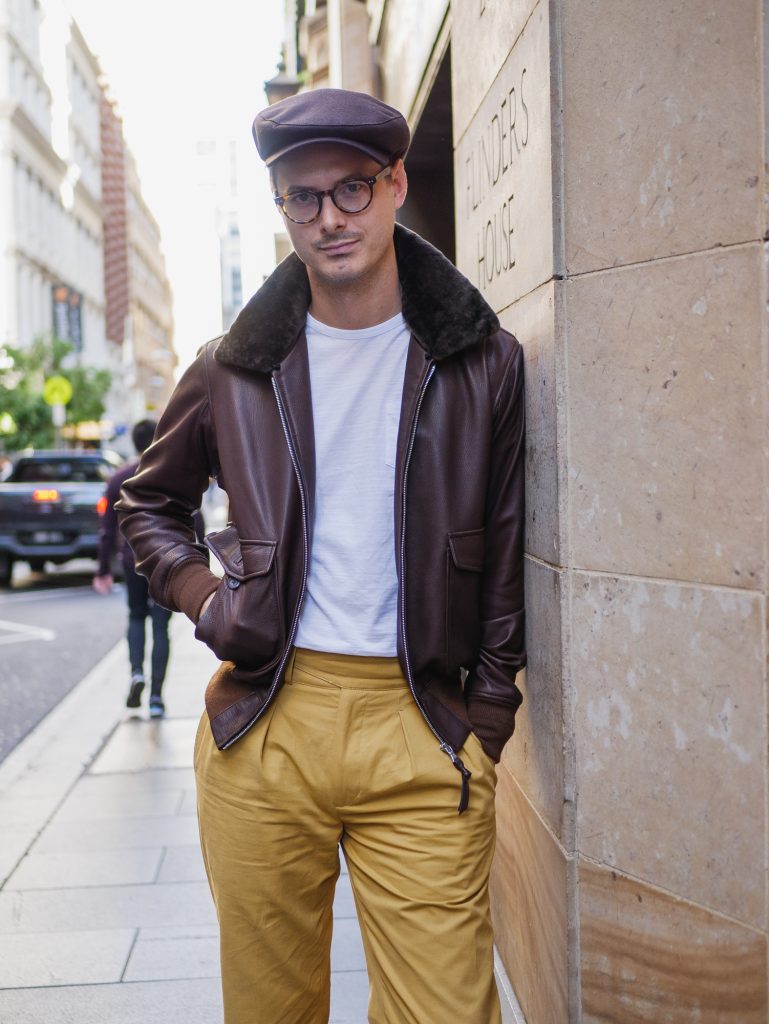 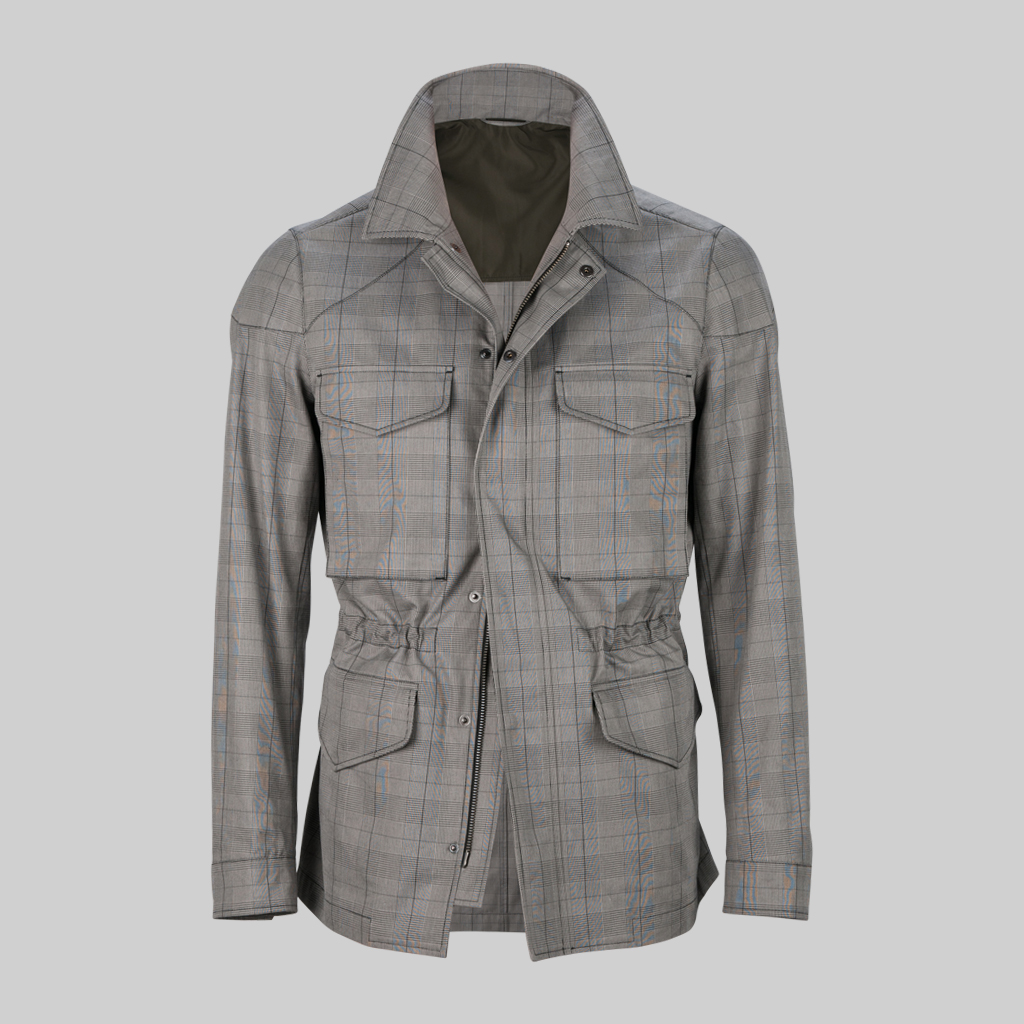 The M-65, is perhaps the most (in)famous style from the M-Series of field jackets.

Designed to replace the M-51, the M-65 saw action during the Vietnam war where it came to symbolise American G.Is. Given its heritage, the M-65 is one tough mofo. Intended for combat it featured details like a stow-away hood, snap flat cargo pockets, and an adjustable draw string around the waist.

The M-65 was incredibly versatile. Angular details such as an upright collar and cargo pockets, combined with a relaxed fit made it exceptional as outerwear. Anti-war protestors and intellectuals alike flocked to the jacket, wearing it over a t-shirt or tailoring.

Though the original remains popular, Christian Kimber’s version is far more suitable for the concrete jungle. Christian’s jacket is slimmer, drawing inspiration from tailoring. Higher armholes, a narrower shoulder, and a stand collar, bring a refined touch to the “Rambo” jacket as does an urbane Japanese cotton that updates the original heavy nylon/cotton sateen.

But Christian has retained classic details such as the snap button and zip closures, cargo pockets, and draw-string waist as homages to the original. Meanwhile, heavy top stitching around the pocket flaps and buttoned epaulets add military ruggedness. After all, GIs never had to face anything as terrifying as Brunswick hipsters. 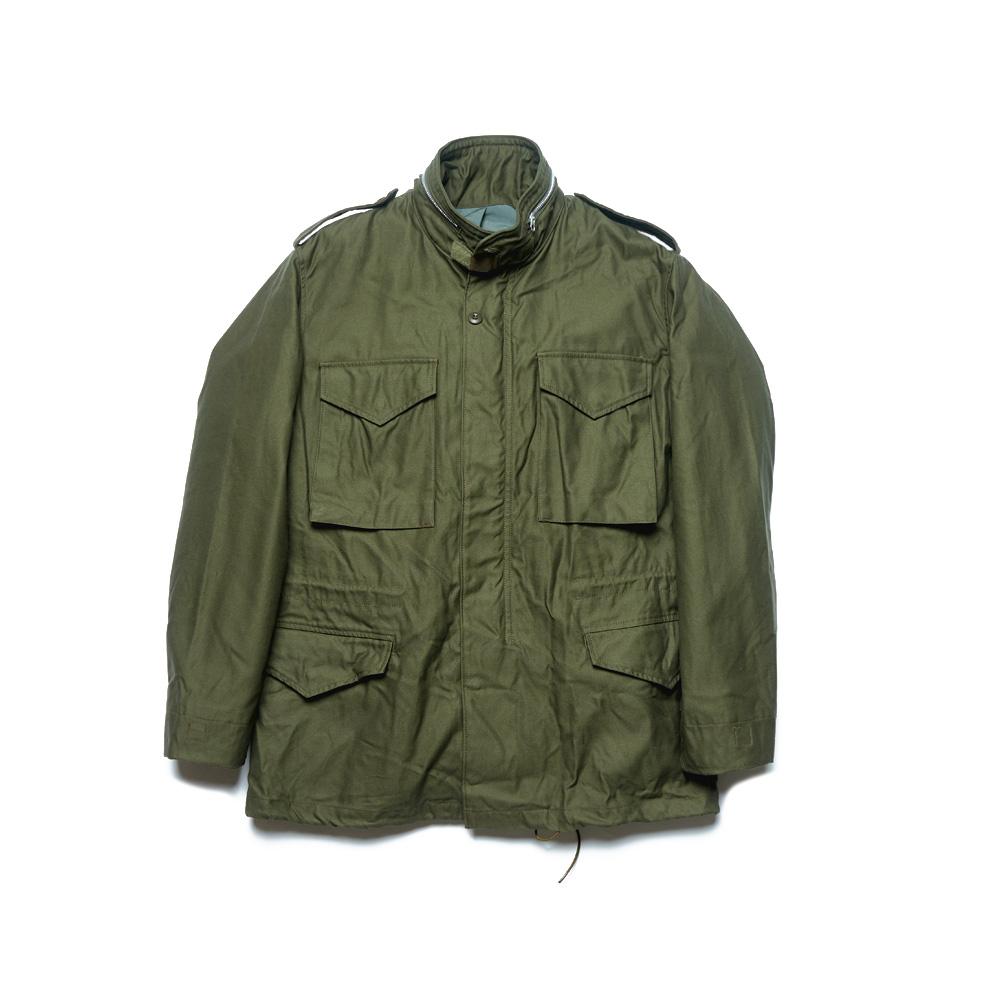 If authenticity is what you’re after, the Real McCoy’s M-65 is about as close to the original as you can get. Constructed from deadstock hardware to military specifications, the attention to detail is so painstaking that it’s even manufactured using period accurate techniques and machinery.

The shell is made of 100% cotton sateen, and the lining is a cotton-polyester blend which improves on the original. The zipper meanwhile features period accurate pulls and tabs ripped from deadstock. Unlike surplus, which has been compromised to accommodate rising labour costs, the Real McCoy’s have spared no expense. 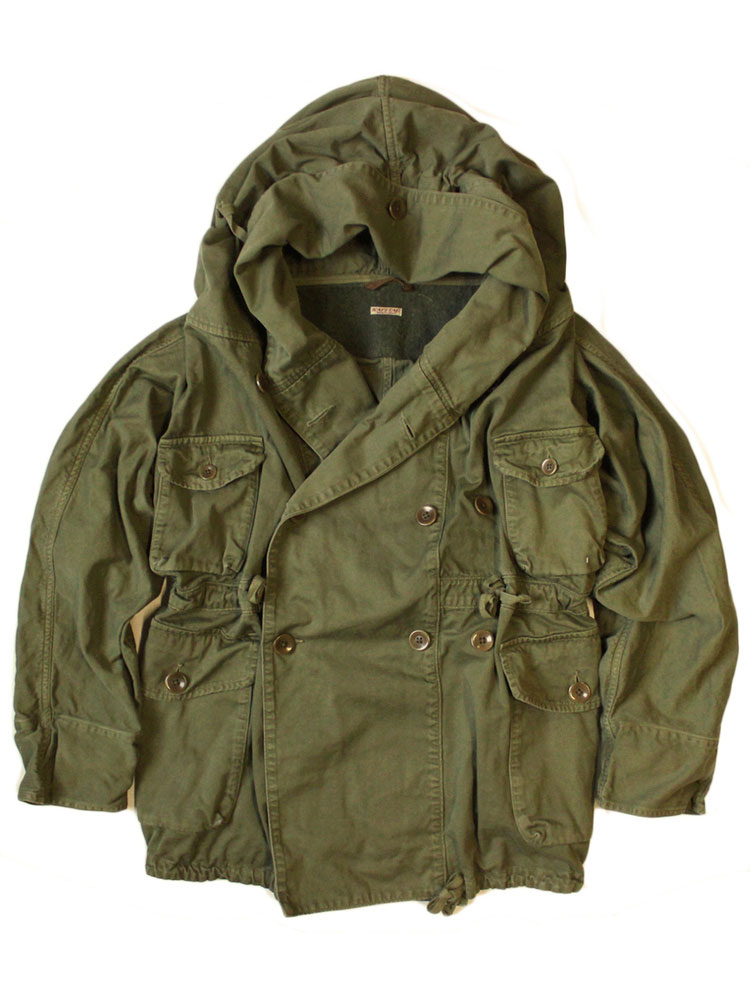 The coat is a mashup of different military jackets. The double breasted cut is inspired by peacoats, the silhouette by M-51 parkas, and the pockets by field jackets.  A large button down-hood also doubles as a collar that references Japanese workwear with its noragi-like shape.

Despite its unusual appearance the coat is incredibly wearable. You can take in the oversized silhouette with drawstrings at the waist and hem, and the proportions can be changed with the buttons, ties and other fasteners that decorate the exterior. As a kicker, you can also use the snap buttons to extend the hem so that it resembles a pair of trousers.

The coat comes in different fabrics each season, ranging from napped Japanese cotton, to 10 oz denim, and even Shetland lambswool. Kapital uses specialised washes in their factory in Mitsu, making every garment unique. 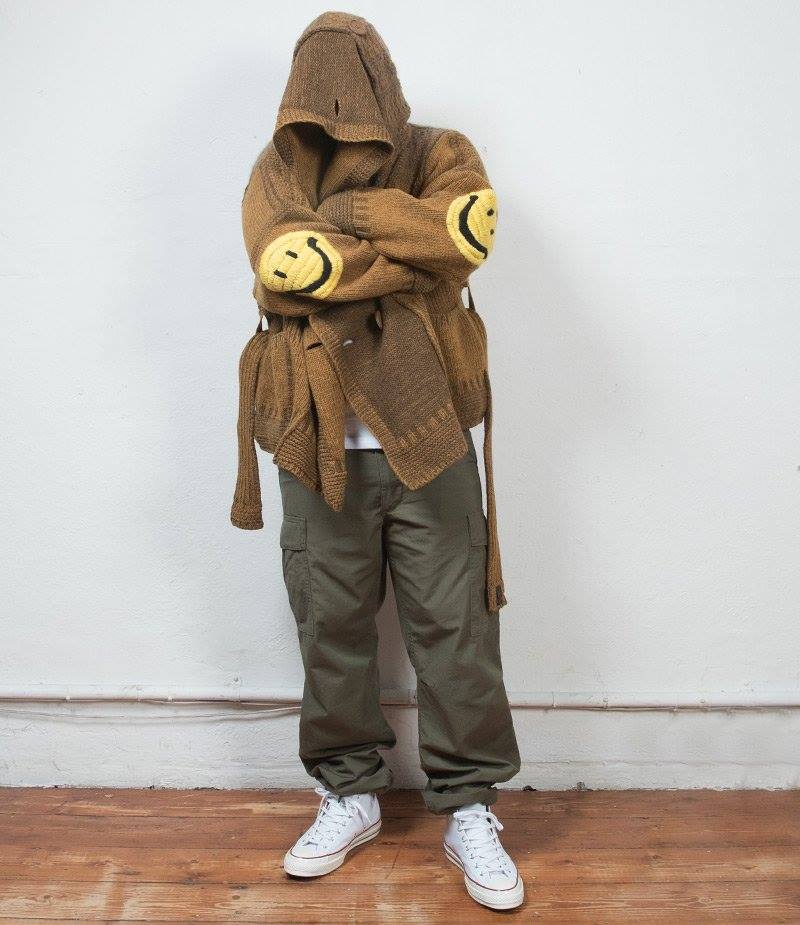 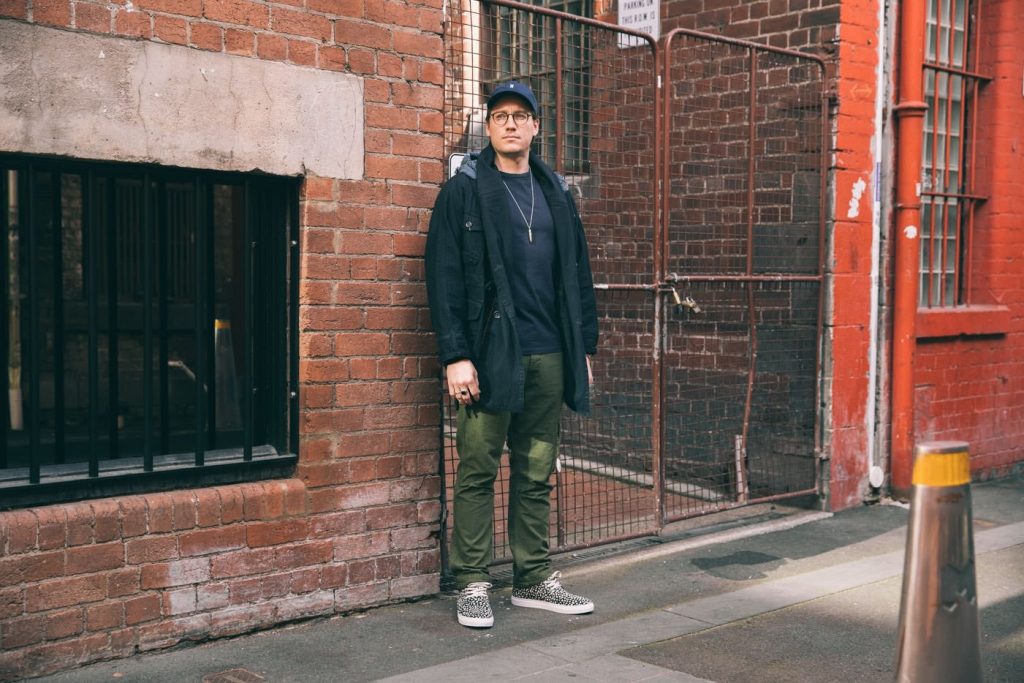 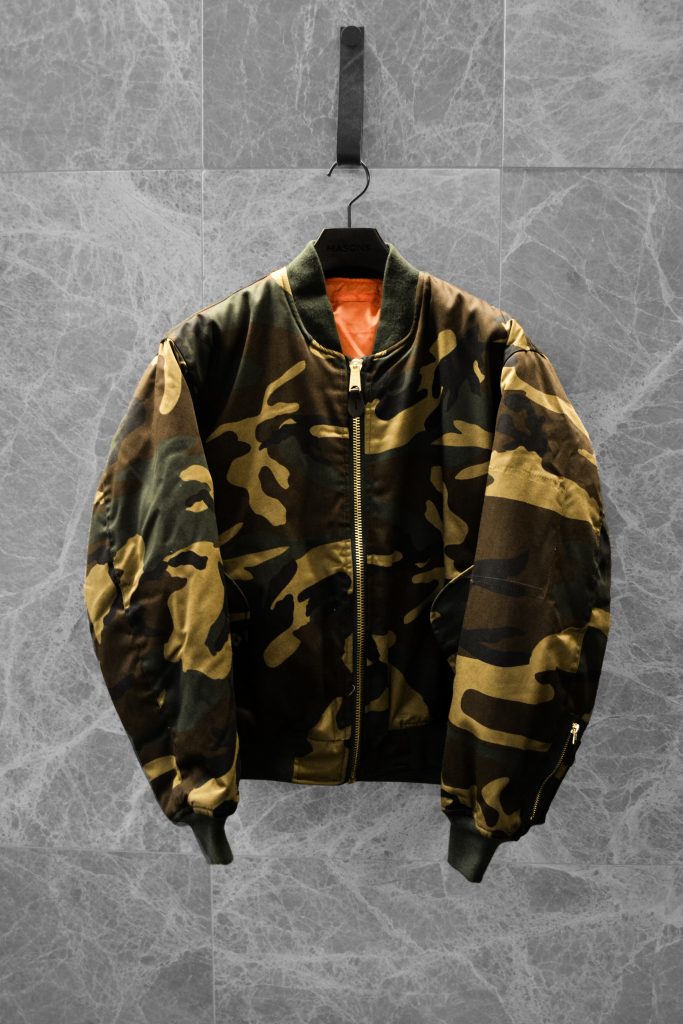 Designed by Matthew Williams, ALYX has produced an M-A1 bomber that combines street cred with artisanship.

Williams distinguishes his iteration with an eye for textiles. Unlike most reproductions, Williams’s reworking features a thin twill weave that adds depth to the camo print and orange “HALCYON BLVD” text bonded on the back. Gold toned hardware and a thickened zipper also amplify details ignored by other manufacturers.

Unlike other versions there is also a healthy emphasis on fit. Williams has moved features like the traditional utility pocket on the left shoulder to the rear of the wrist, slimming the appearance of the sleeve. The flap pockets and storm flap have also been streamlined, and the lining thinned, creating a boxy silhouette that looks as good open as it does closed.  Adding to this are an overhanging shoulder, extended hem, and darted back that give the jacket shape.

By combining streetwear with technical fabrics, Williams has created a jacket that resonates with hypebeasts and connoisseurs alike. 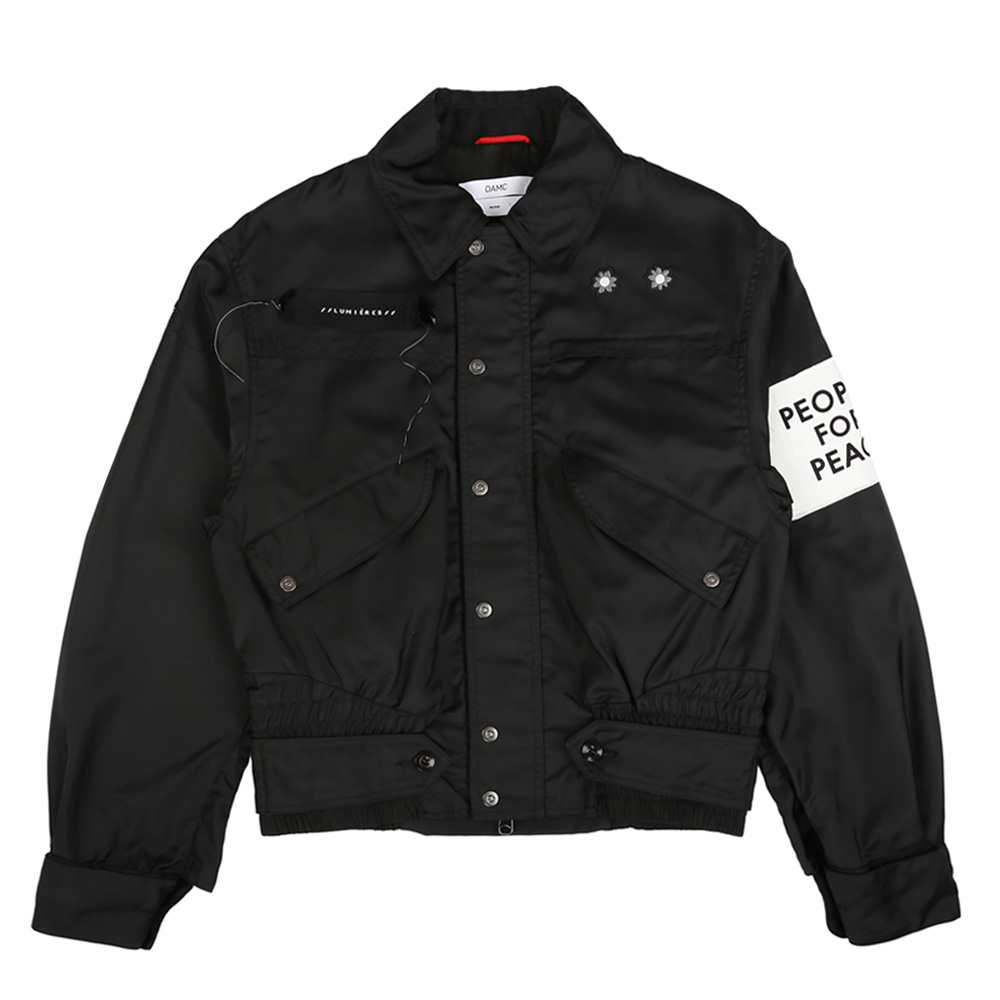 Elevated streetwear is experiencing a moment and Luke Meier’s conceptual fashion label OAMC is no exception.

Meier, who spent more than a decade at Supreme, understands the value of authenticity and embodies it in his garments.

His SS18 ‘One Always More Conscious’ collection explores the aesthetics of protest and the importance of conscientious objection, by repurposing military jackets and collegiate uniforms.

Meire also reconfigures the flight jacket by experimenting with its proportions. Trained as a tailor in Italy, he places the flap pockets just below the chest and extends the hem, creating a robust upper body. He also internally bonds the lightweight gabardine nylon to form a rigid “shell” around the wearer, creating an effect similar to suit canvas.

The manufacturing standards are just as rigorous as the concept. Miere designs in Paris, develops his clothing in Milan, and sources textiles from Japan and Portugal. Merging tradition and progress, war and peace, high and low culture, Miere’s jacket embodies the contradictions of contemporary society in its seams.