If classic menswear has stagnated in Australia, it appears that workwear has come into its own instead.

For those unfamiliar with the term, “workwear” refers to clothing designed for manual labour or physical activity. This can encompass everything from old-school sportswear to vintage military gear. The most popular workwear is usually inspired by clothes from the early 20th Century.

Of course, workwear has been criticised for being a middle-class appropriation of working class signifiers (much like streetwear). But what we can learn from workwear enthusiasts is the importance of how something is made – not just how something “looks” or who’s worn it.

Just walk into any store like Big Trouble Store or Corlection, and you can learn so much from the staff about raw denim, triple-needle stitched t-shirts, and the virtues of GoreTex. There’s a passion that’s infectious, an appetite for integrity and provenance that borders on addiction.

Australians are increasingly fond of workwear, I think, because our egalitarian ethos aligns with the working class values embedded in these durable garments.

Most of us are also quite modest when it comes to displaying wealth. We aspire to English standards of propriety, preferring to indulge in luxury privately rather than flash it publicly. We have a deep respect for manual work and craftsmanship.

Not only does workwear appear to reject the fleeting nature of mainstream streetwear, it also rejects the implicit elitism of tailoring. For the most part, it also ignores the seasonality of the Fashion calendar (while still influencing it deeply).

On a more practical note, workwear is also crazily versatile. It slots easily into the casual lifestyles of most Aussies, and the designs are based off basics like jeans and t-shirts that still endure today. There’s no ironing or dry cleaning involved; and if you’re a real denim head, no washing required either. Just throw it on and get the hell out of the house.

In this sense, workwear’s greatest strength lies in embracing the blue-collar ideals of integrity, honesty, and simplicity. And from what I’ve seen from the guys on this list, I have little doubt they embrace them too. 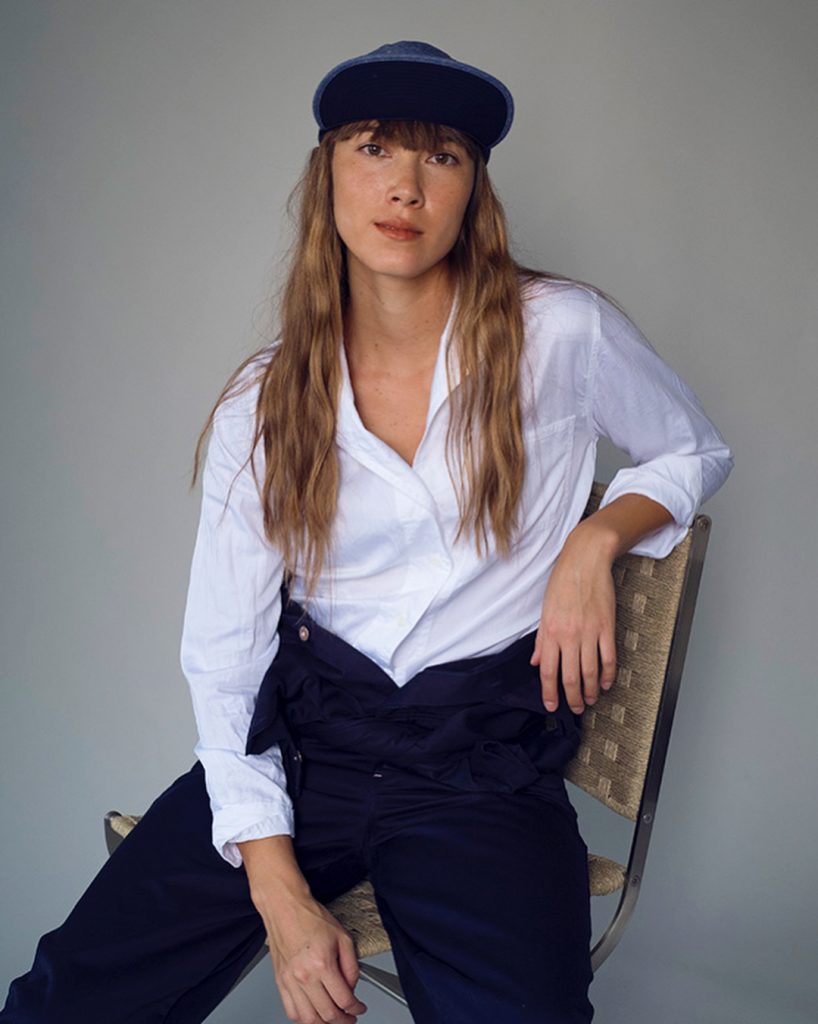 Lauren rocks workwear (“borrowed from the boys”) like it’s no one’s business.

An Aussie ex-pat based out of Bangkok, Lauren runs W’Menswear, a workwear label stocked at Maple in Sydney and Heffernan and Haire in Melbourne.

Working closely with Nigel Cabourn, Lauren wears clothes of integrity. Military jackets, anoraks, and work boots are her go-tos in cooler months, while oxford cloth shirts and denim overalls round out her outfits in warmer ones. She focuses on organic materials and comfortable silhouettes, putting her personality front and centre.

What I like most about Lauren’s style is how easy it looks. She often wears oversized tees with high waisted dungarees, and the occasional cap or beanie, which gives her a youthful energy. You get the sense that, like the clothes she wears, Lauren keeps it real.

By rejecting aspirational sartorial identities Lauren show us why hers is “the funnest life possible”.

Check out her blog at PonyTail Journal or learn how to fry an egg Thai style via her Youtube channel. 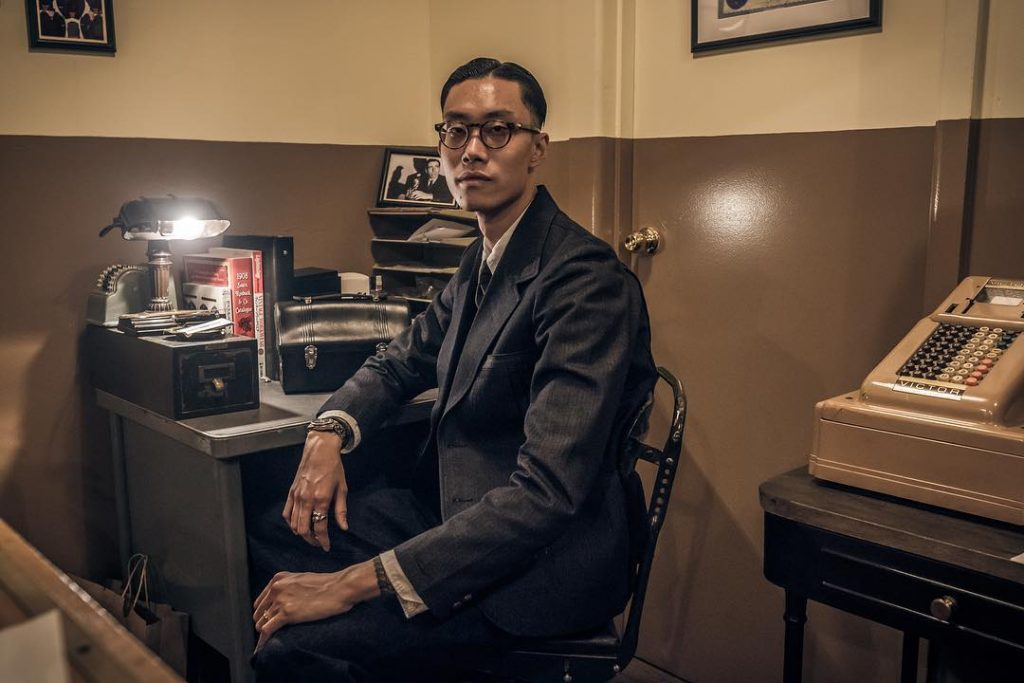 David Zhu is a newcomer to the Melbourne scene who wears workwear inspired by the 1920s through to the 1950s.

His haberdashery, Lieutenant and Co., stocks a rare selection of brands previously only seen in Japanese magazines like Lightning  Magazine & Clutch. While David’s style draws almost entirely from early 20th Century Americana, he’ll occasionally rock anything from a three piece suit from the 1930’s (identified by its lower notches and button stance) to Japanese denim jackets layered over indigo wash overalls.

What I enjoy most about David’s style is that he never looks like he’s cosplaying. Part of this stems from the fact that David isn’t a nut about historical accuracy. He pulls together clothes from different decades (and even different countries) but keeps everything under control. There’s a tailoring influence in the way his combos respect line and proportion.

Visit David’s store at Lieutenant & Co or follow him @lieutenantandco

And find out more about the proportions of tailoring here 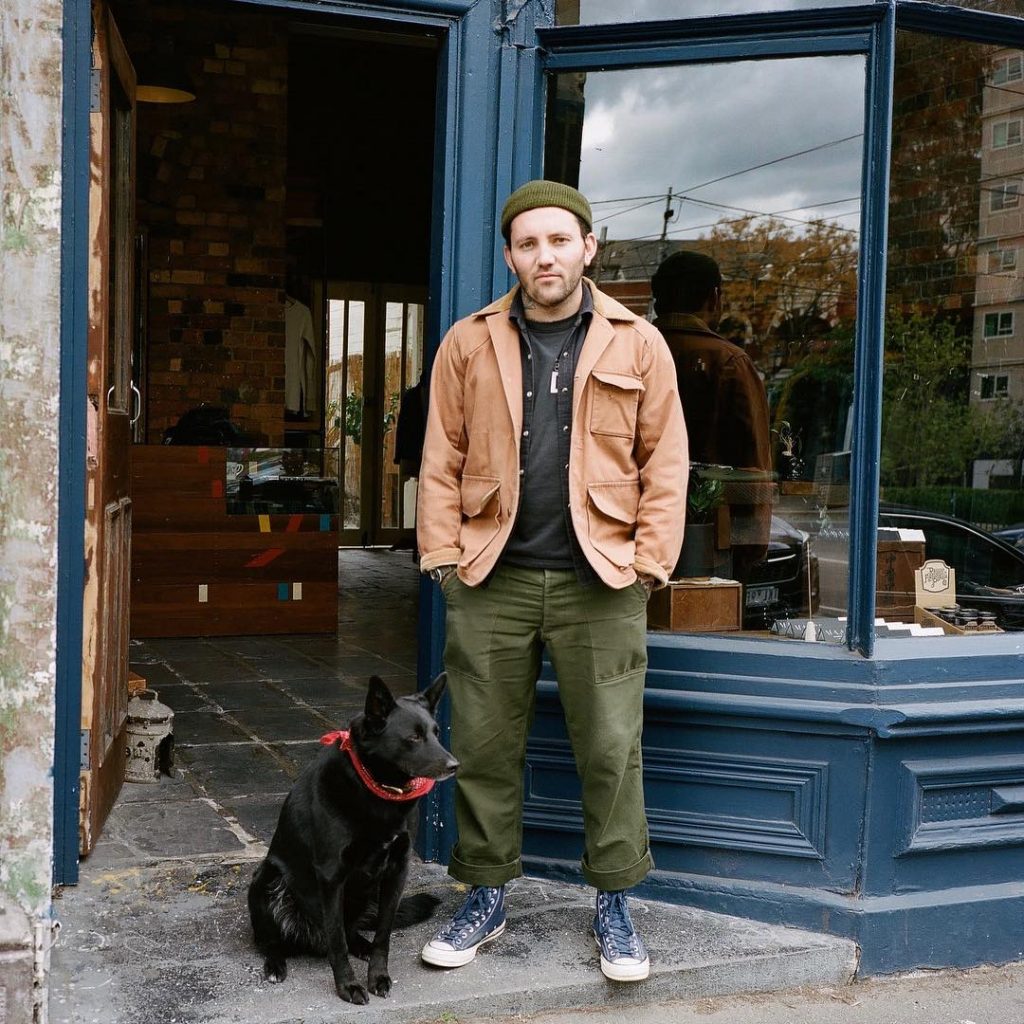 You can see this best in his mix of colours and textures. A lot of Martin’s outfits steer clear of the overused khaki and denim palettes by introducing off-beat colours. Take for example the washed-orange chore coat he’s wearing in the photo above, and how well it combines with both his sneakers and khaki gear. Nearly all of Martin’s fits have what Jesse Thorn of Put This On calls “a point of distinction”: a small detail that expresses true individuality.

The legendary dandy Beau Brummell once noted that, “If people turn to look at you on the street, you are not well dressed, but either too stiff, too tight, or too fashionable.” And though Brummell would’ve probably turned his nose up at workwear, there’s no denying that Martin’s style reflects this philosophy.

And find out more about how to match tones here

And yet for the most part, Mr Nessick is an enigma. What little I do know about him, is that he operates out of a store on Sydney’s Oxford St, making limited edition clothing from vintage fabrics.

Ian’s style is remarkable in how it captures a contemporary Australian view of workwear. Forget RM Williams, Drizabone, and the Outback. His clothes have a broken in quality that look vintage and pre-loved, but their slimmer (and shorter) silhouettes are very contemporary. His unique perspective, I suspect, is the result of him once managing Restricted Premises – a legendary boutique that stocked Australia’s most innovative labels, from the likes of Akira to artisanal makers like Andrew McDonald. Ian’s appetite for modern Australiana is best seen in how light his clothes are. His jackets are softly constructed with a tailored edge. They look unpretentious and easy to wear – just the sort of thing you might even wear to a pub.

It’s surprising that Ian is actually a Brit. Contemporary British style, typically seen as highly modernist, doesn’t normally gel well with our more casual style. But sometimes it takes an outsider perspective to make us truly appreciate how great we really have it.

And find out more about the state of Australian fashion here

These girls straight up murder the workwear game.

They wear durable clothes that aren’t “girly” without “dragging it up”. Instead, their fits reject the idea that women’s clothing must be feminine or sexy to be stylish. These include classic workwear pieces, from boiler suits, to duster coats, all the way to Rockabilly tees a la the 1950’s, worn in ways that feel modern and fresh.

Carlan and Ashley’s style by contrast, are defined by their expert attention to detail. Clothes that might look “run of the mill” are anything and often feature reworked colours and details.

What I get from studying the team is how important it is to take risks and experiment. Clothes aren’t just things we wear, they’re also things we live our lives in. So, no matter how beautiful or elegant something might be, at the end of the day clothes should make you feel good and help you get the job done.

[Photos via respective Instagram accounts or websites unless otherwise stated]