My first experience with tie bars was seeing some corporate Don Juan wear one with an undimpled skinny pink tie as he caressed my face. I was of course very uncomfortable with my dad’s best friend pinching my cheek like that as a chubby four-year-old.

Tie bars are a functional American invention that came around the turn of the 20th century to keep a four-in-hand at bay during a gale, cyclone, or mildly windy days. They were also popular as clasping the tie to the shirt front promotes the natural arch in the necktie by keeping it held up, producing a seemingly larger chest and thus a more masculine appearance. 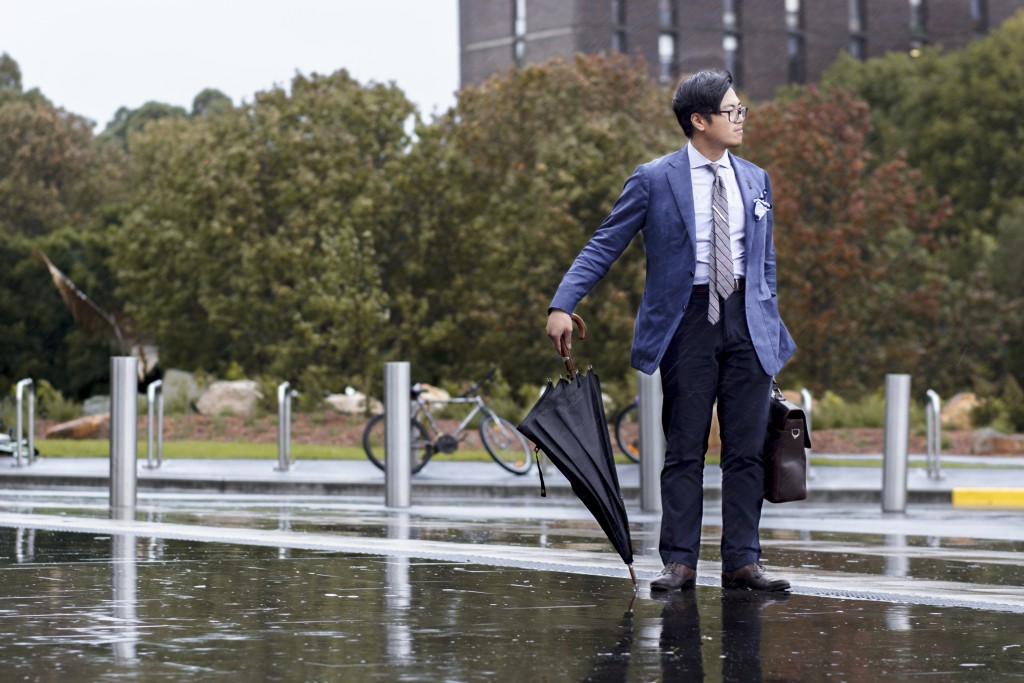 Nowadays that thinner ties are back in, tie bars are considered not just a functional item, but also a piece of understated jewellery. Despite their simple mechanics, their extreme popularity has produced rather nasty results. Who knew that a such pesky tiny piece of metal could cause so much commotion and discord? (Spoiler: I did.) 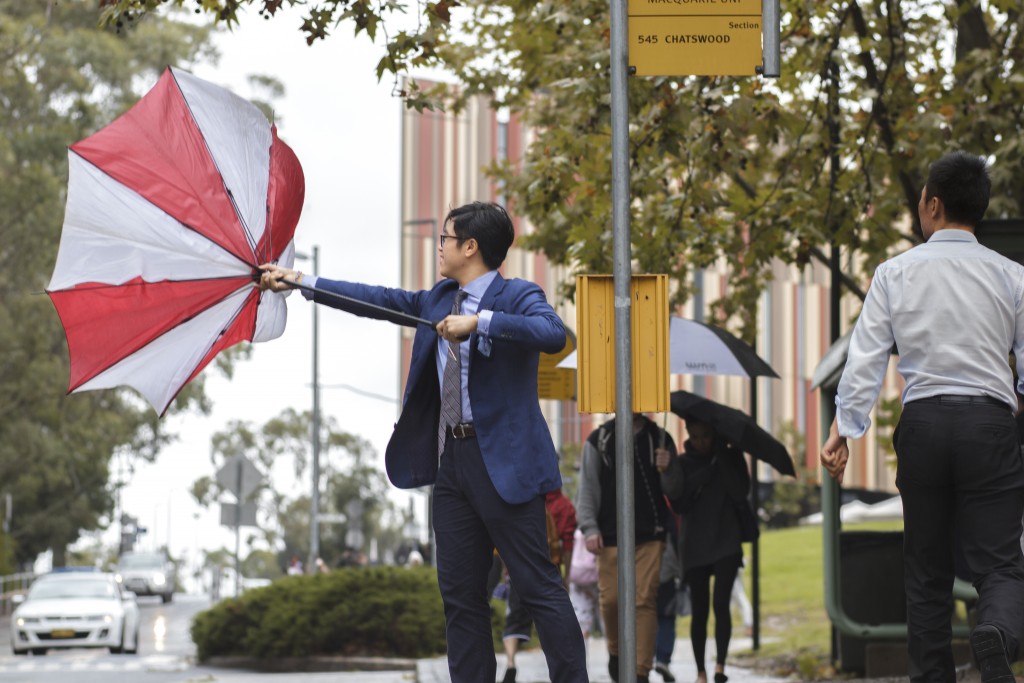 In order to produce the most complimentary results from wearing a tie bar, the general gist of vectors should be understood. The reason why European/Neapolitan/British tailoring is generally favoured over large, baggy American sack suiting nowadays is because of its masculine silhouette; the chest being emphasised by either padded shoulders, a properly tapered waist, or both at the same time. Vectors should generally follow this masculine silhouette, pointing towards the fulcrum of a buttoned-up jacket. So to put it straight (or not really) tie bars should be worn crooked.

A crooked tie bar also carries an air of “sprezzatura”, an Italian word which translates to nonchalance. It basically says to the world, “I dress well but ultimately don’t give a shit” but in a more gentlemanly tone. After all a man who cares too much about what he wears probably cares too little about you. 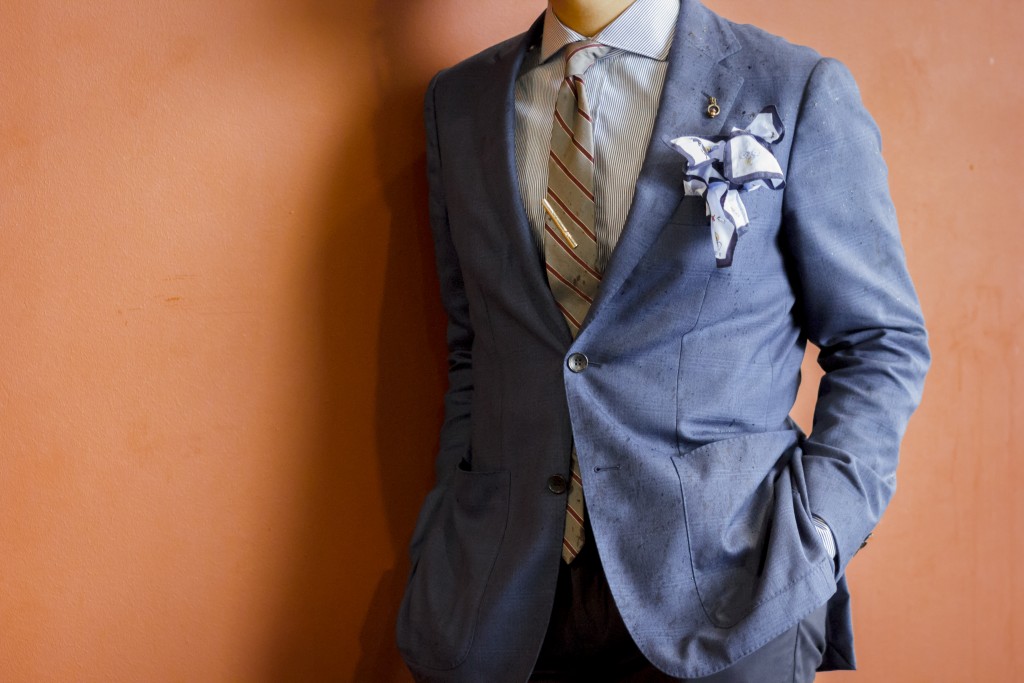 I’ve had people come up to me and try to straighten my tie bar, thinking that they’ve saved another man from looking like a slob. While perhaps they did it with the kindest of intentions, I unfortunately “don’t give a shit”.