We chat with the chefs from Rupert on Rupert, to find that it’s the food that speak volumes

Standing out has become a vexing challenge for restaurants. In an era where the camera eats first, and culinary “connoisseurs” scour every crevice of the city in an attempt to flex their half-baked critiques; restaurants are stretching their creativity and efforts to find new ways to stay fresh.

But where other restaurants think the solution is to bring in the fireworks to keep the attention of bloggers and foodies, the team at the Collingwood restaurant Rupert on Rupert believe in a simpler approach.

“The biggest part about Rupert is that we try to do everything from scratch,” declares Megan, the head chef. “We use season products so everything is vibrant. We try to keep everything light and crisp,” she says. “We are always changing and trying to give our guests a great experience.” 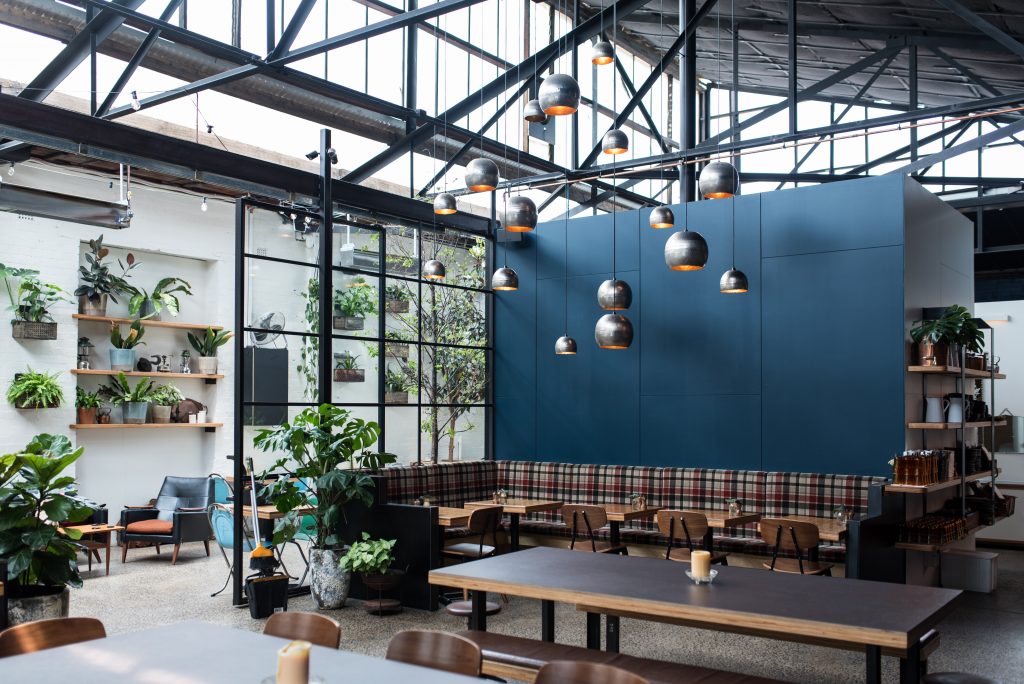 Opened in 2015, Rupert on Rupert is the brainchild of the husband-and-wife team Mali and Ric Corinaldi. Ric, who was at the helm of the Melbourne-based construction company, Fiscus Constructions for a decade, oversaw the fit-outs of the design studio Artedomus, the Swisse headquarters, as well as the transformation of the award winning café, The Kettle Black. And bringing his talent for construction, he has helped create Rupert on Rupert into a project close to his heart.

Inspired by his upbringing in the semi-rural suburb of Warrandyte, where foxes are just as common as the morning kookaburra, Ric has slyly scattered elements of the clever creature throughout the premise. The restaurant is an industrial pantheon located on Rupert St, hidden behind a charcoal bricked-wall, and quietly guarded by a small, copper fox at the entrance that invites you to step inside. 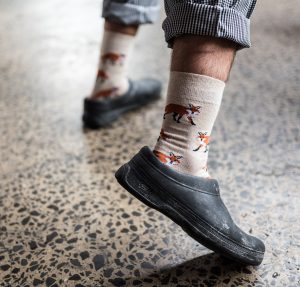 Once you enter, you’re immediately immersed in an all-encompassing sensory experience, from the invigorating scents of the hanging greeneries in the foyer – infused with the muskiness of firewood– to the aroma of oven-baked pizzas emanating from the kitchen. The bar to the right of the dining area quietly blends into the surroundings and stocks an enviable gallery of wines and spirits. 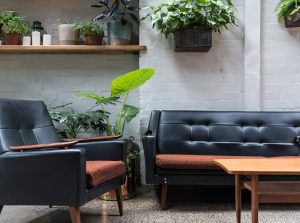 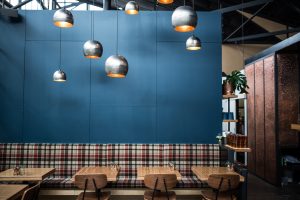 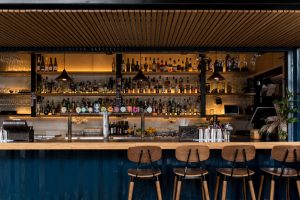 The beauty of the space, however, plays second fiddle to the team at Rupert on Rupert and the dishes they create. Unlike restaurants that have concocted extravagant meals in the hopes of wooing customers, the food at Rupert is restrained, but their flavours speak volumes. Dishes like the Grilled Lamb Merguez Sausage and the Pecan Pie with a generous dollop of Pidapipo Gelataria are exotic yet characteristically Australian, exuding the qualities of home-cooked goodness and rustic flair. 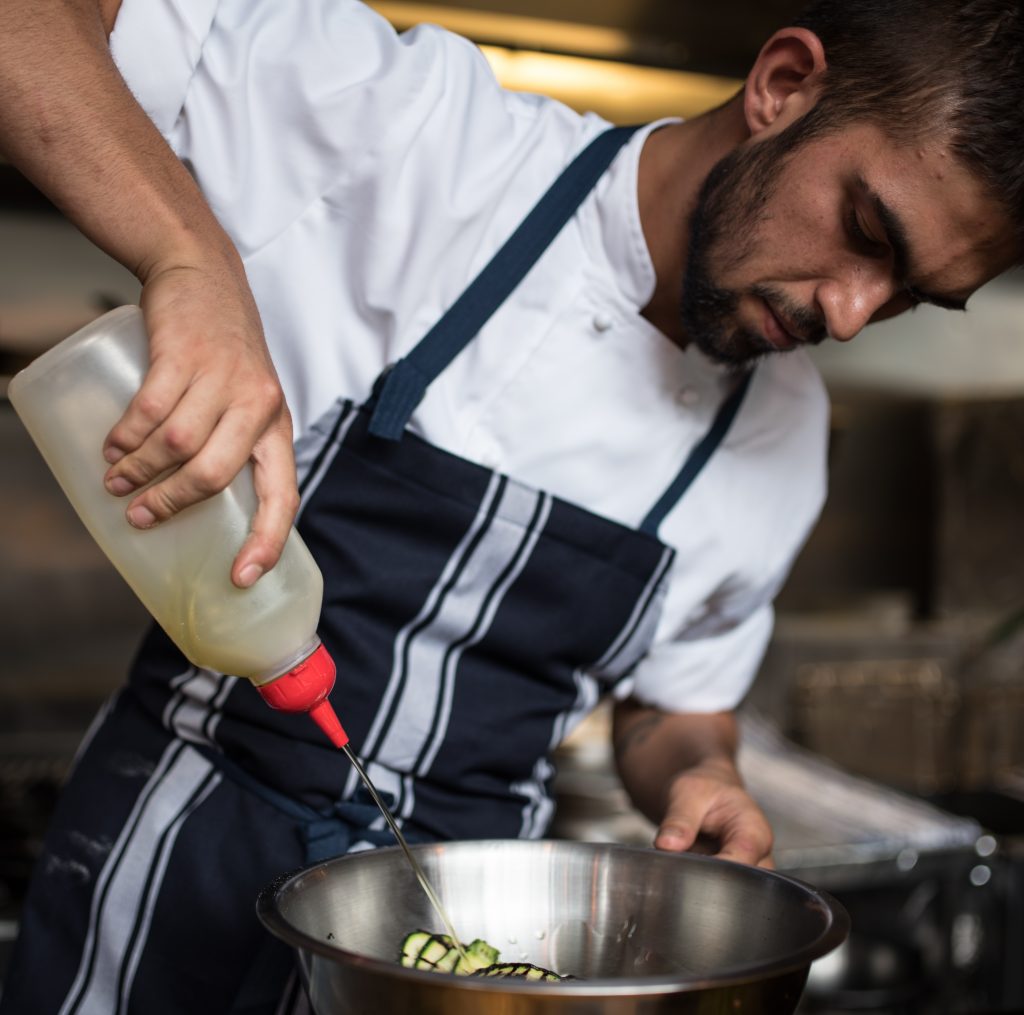 The elegant simplicity of the experience is made possible by a roster of seasoned chefs who approach their craft with a healthy hunger and a camaraderie that makes a day in the kitchen seem like a Friday night in with friends (complete with some cheeky banter and belts to Beyoncé songs).

“I’ve been working as a chef for the past 18 years,” says Megan. “I’ve known these guys for a long time and we get along really well, which makes our lives so much easier.” 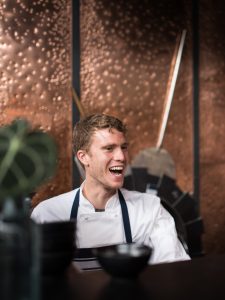 But running a kitchen isn’t just about mastering the culinary arts or having fun; it’s really about understanding the different components that come together to make everything work. The sous chef at Rupert, Philip, was immediately thrown into the deep-end of helping to run the kitchen, which, as he tells us, was a great learning experience for him. “It’s quite important for my work ethic and career in general,” he says. “I’ve been developing a stocktake system, and managing our stock, and running the financial aspects of the kitchen. Learning how to manage stock and wastage by following the numbers is something I’ve never done in my career before.”

When I ask him about what it takes to be a great chef, Philip recalls a word of advice he was given when he first started in this industry. “You’re not a real chef until you know a recipe from the top of your head,” he says. “That’s part of running a kitchen. It’s important to understand the fundamental principles around it. Know your basics and apply to the situation you’re in.”

Megan agreed and threw in some advice of her own. “Everything that we’re doing, we’re constantly improving. We’re learning from each other. Being a chef is incredible and it never stops.” 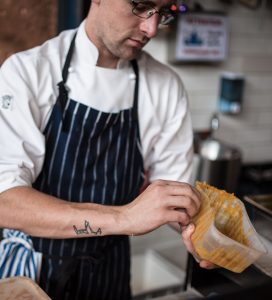 Their willingness to learn and their devotion to their craft is reflected in their artisanal approach to preparing food. Bread-making, in particular, is something that they pour their hearts and souls into. “Doing bread well is really hard – a lot of trial and error,” Chris says. “It’s taken us a year to make a baguette look like it’s made in a bakery.”

It might seem simple but when it comes to baking the perfect loaf there’s a lot of things to consider – the dough you use, the temperature, even the moisture in the air. “There is no perfect condition – everything is variable,” Chris explains. “Make sure to note everything you do, so you can learn from it next time.” He also says, finding a mentor is always helpful, and that you shouldn’t be afraid to ask for help from those who are more experienced. “Find your favourite baker and favourite recipe. If there is a book on it, get it. It’s not something you can get right. There’s always room for improvement.” 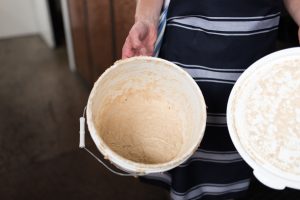 The open minded approach the chefs have to running the restaurant means that at the end of the day, the guys at Rupert on Rupert aren’t afraid of the foodie epidemic – they’re happy for it. Social media has allowed them to reach customers that they otherwise wouldn’t have been able to. “With photography, we’re slowly starting to build a block of awesome photos of food that we’re creating,” Megan tells us. And so, with their spirits high and their enthusiasms to be admired, from here on out, everything is full steam ahead. 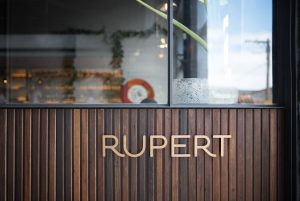