The best things we found on the web this week.

J.Crew Must Die to Live 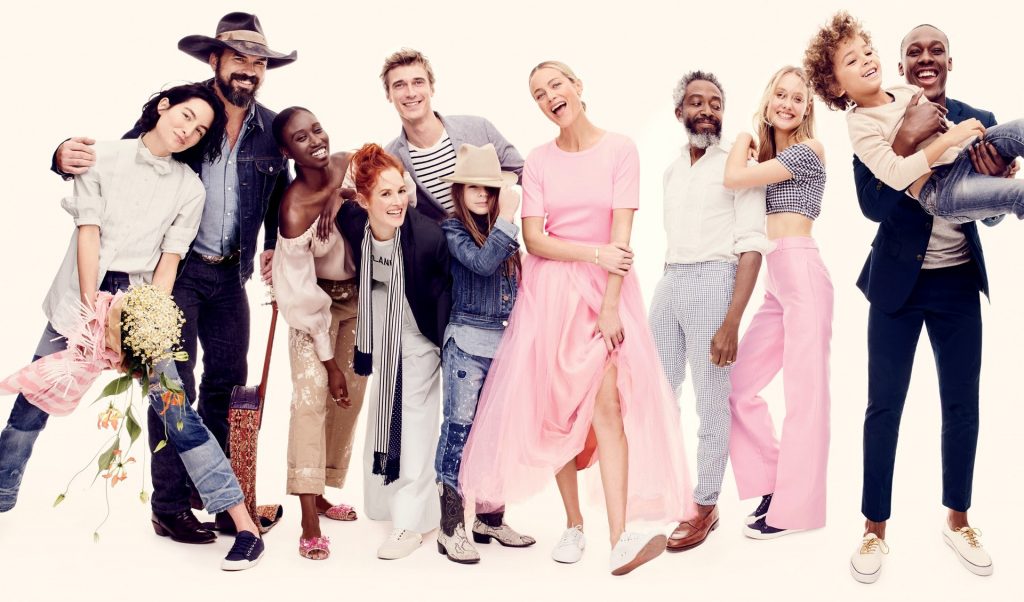 J.Crew put an entire generation into menswear and it’s a shame that they’ve struggled to remain relevant. Mickey Drexler who shepherded the label to greatness left amidst a sea of controversy, and now their newest CEO Jim Brett is out too. Back in the day you could wear J. Crew head to toe and know you looked good – if not a little cookie cutter. Today though the internet has given birth to niche brands that cater to the tribes and direct-to-consumer brands that have saturated the middle market. But J.Crew’s issue may run deeper than just its competition. As Lauren Sherman from Business of Fashion notes:

“Boredom is the death knell for a brand, and anyone can see that consumers are bored of J.Crew“

via: Business of Fashion 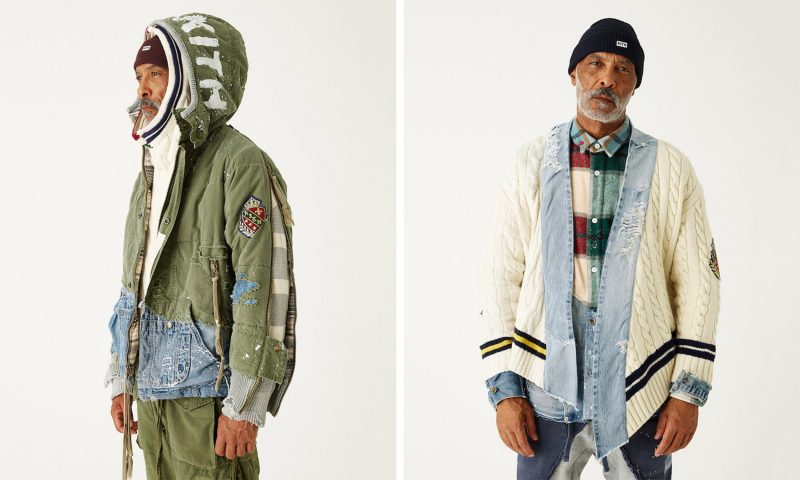 Wish so much news surrounding the Ralph Lauren renaissance, most people have ignored the slow rise of his nephew Greg.

Greg Lauren dabbles in Americana, but the similarities between him and his uncle end there. His clothes have a post-apocalyptic look injected with optimism. Previous collections include track suits with frayed edges and puffer coats spliced with military jackets.

This week he collaborated with streetwear favourite KITH for a collection that Hypebeast describes as:

“Creations… formed through seemingly random mashups of materials joined by fringed edges, covered in paint splatter and repaired with patches, all set against a preppy blueprint. The result for their co-efforts in storytelling and design is a mash up of collegiate fashion with military intent — fitting as the collection is called “Ivy League Draft” for its opposing ideals in legacy style.”

The Most Flattering Sweater 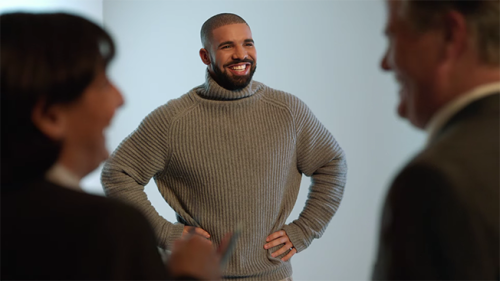 Derek Guy is one of my favourite menswear bloggers; someone from an older generation of enthusiasts who still actually write blogs. You know with words. This week he’s back at it again dropping words of wisdom about the turtleneck.

“The turtleneck today can be challenging to wear, but it’s the closest thing you’ll get to putting your face on portrait mode. The high collar throws a face into high relief; it accents an outfit’s academic or workwear undertones. It’s also an excellent substitute for a tie when you’re trying to make a suit look more natural. (Instead of people asking you why you’re wearing a suit today, they’ll now just ask why you’re wearing a turtleneck).”

Seriously, check this piece out.

I found Bliss on Twitter and he’s producing some great vids. Bliss is a menswear enthusiast with something rare: a personality. He’s a millennial and owns it. Older readers may find him a bit obnoxious (and tbh that opening track is painful), but his authenticity is refreshing. My favourite video of his is him showcasing a pair of Helmut Lang jeans. The detail he goes into, especially with the textiles, might convince tailoring enthusiasts that deconstructivist fashion has value after all. Just might.

The 1885 version of 'What are those?' pic.twitter.com/AGwsiPYbX4 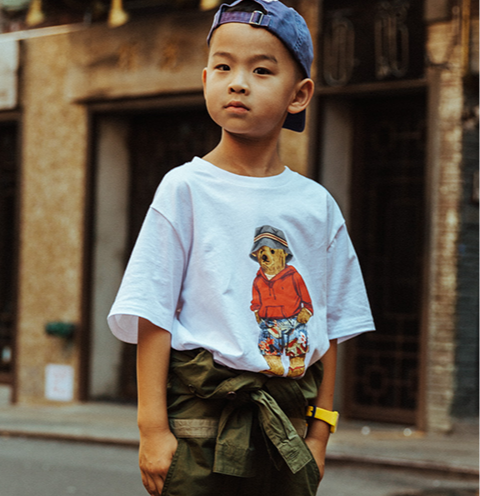 No matter how good you think you are there’s always an Asian kid out there better than you.

This Coat Made of Raccoon Fur 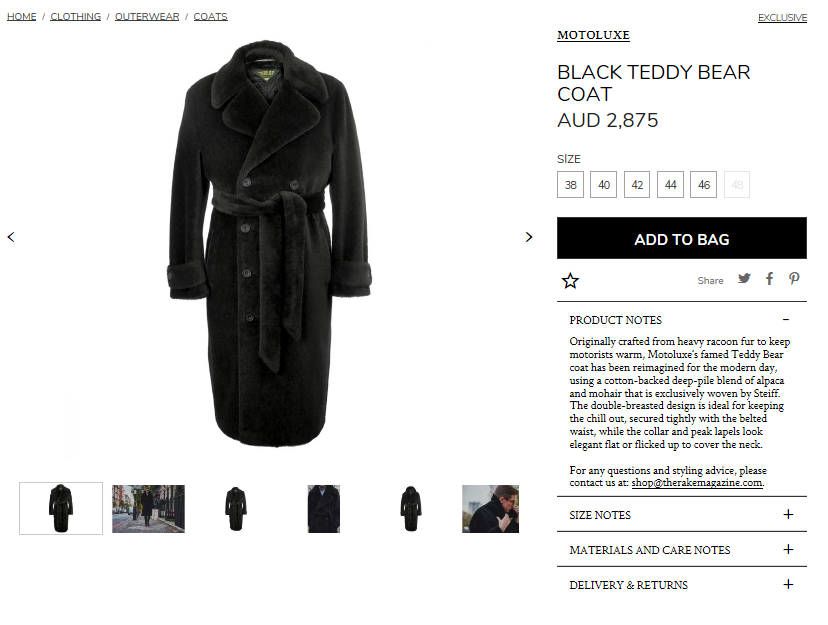 We’ve written about our favourite coats previously, but this one’s baller af. The teddy coat, was a decadent coat worn by motorists in the early 20th Century. Originally made of Alpaca at a time when cars came without internal heating, or roofs (and yes, no stereo systems either) the teddy coat was both stylish outerwear and protective clothing. This modern iteration by Motoluxe is just as luxurious. It’s made from nature’s most beloved animal: the trash cat – and has a double breasted front that’ll give you Frank Lucas vibes. Yep, this is a coat for the real gangsters. 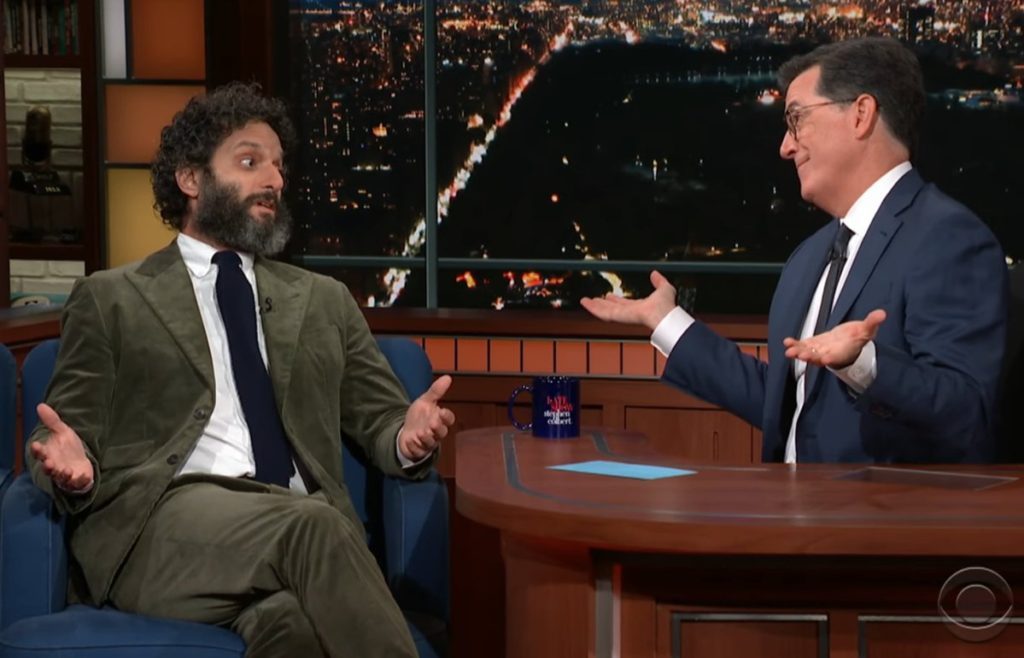 With all the hype around the Palace x Ralph Lauren collab and the sick Ivy meets punk meets sportswear jawnz from Noah, it looks like Prep is making a comeback.

Case in point, comedian Jason Montouzoukas on The Late Show with Stephen Colbert.

via: Put This On

The Accidental Perfection Of The Beatles White Album 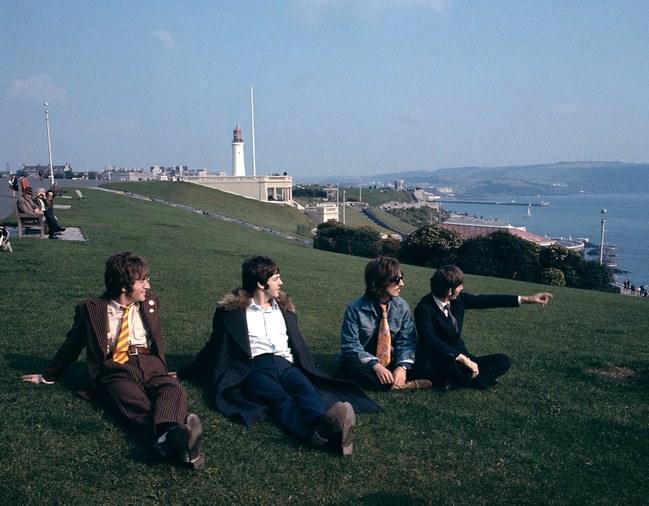 This photo looks like it could’ve been taken straight out of Take Ivy.  The Beatle’s White Album is considered to be one of the greatest albums ever and the New Yorker has a fascinating piece tracing its history.

“The music seemed to absorb the panic and violence of 1968, the “year of the barricades.” As the Sunday Times critic commented, “Musically, there is beauty, horror, surprise, chaos, order; and that is the world, and that is what the Beatles are on about: created by, creating for, their age.”

via: The New Yorker 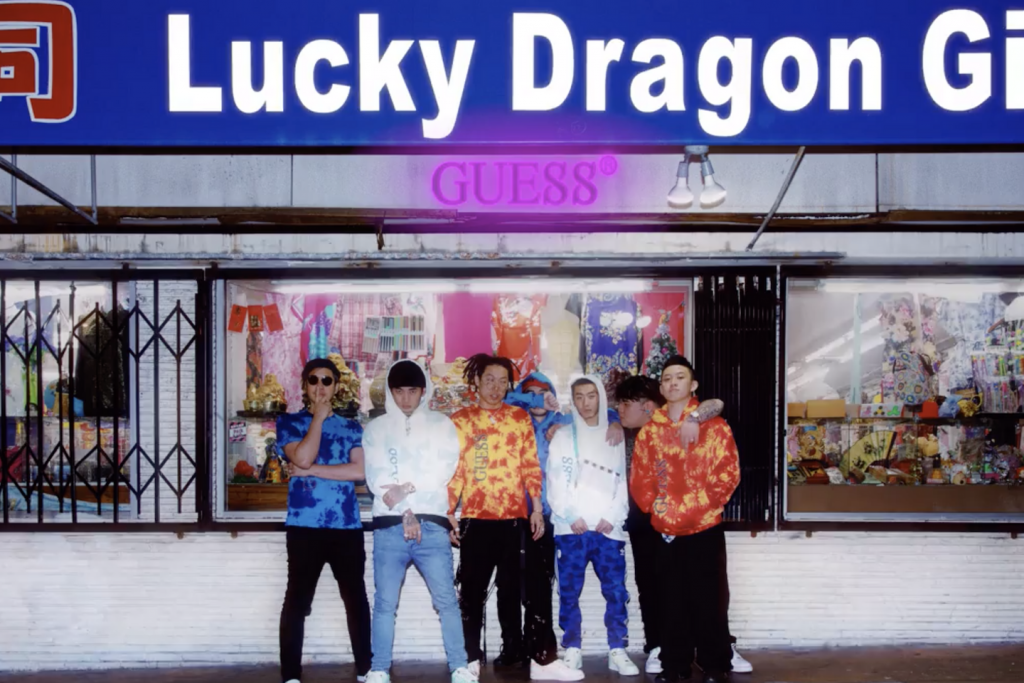 Male Asian rappers have always struggled with legitimacy. Whether it’s because Asian males are represented in the media as akin to eunuchs or because Asian rappers seem to appropriate hip-hop tropes to the point of self-parody – no Asian rapper has broken the industry’s bamboo ceiling. And yet Chinese rap group Higher Brothers and Indonesian rapper Rich Brian have become global internet sensations, and Japanese rapper Joji’s newest album just hit Number One on Billboard’s R&B/hip hop chart. Is this a fleeting moment of Orientalism or is Asian rap about to take the world stage?

All photos via respective websites.