I’ve gotten some pretty interesting reactions when I’ve asked people to touch my madder tie. I find I have to assure them that “madder tie” isn’t a euphemism and that I’m just as disappointed as they are. Trust.

My go to winter ties are madders. My first madder tie was a vintage medallion print from Balenciaga which I scavenged from Salvos on Oxford Street for $12.00. I’ve since expanded the size of my little coterie.

This particular bad boy pictured here was purchased by Mike from Brooks Brothers. A love of bold medallion prints, is one of the very few things that Mike and I have common besides our tastes in movies and partners. 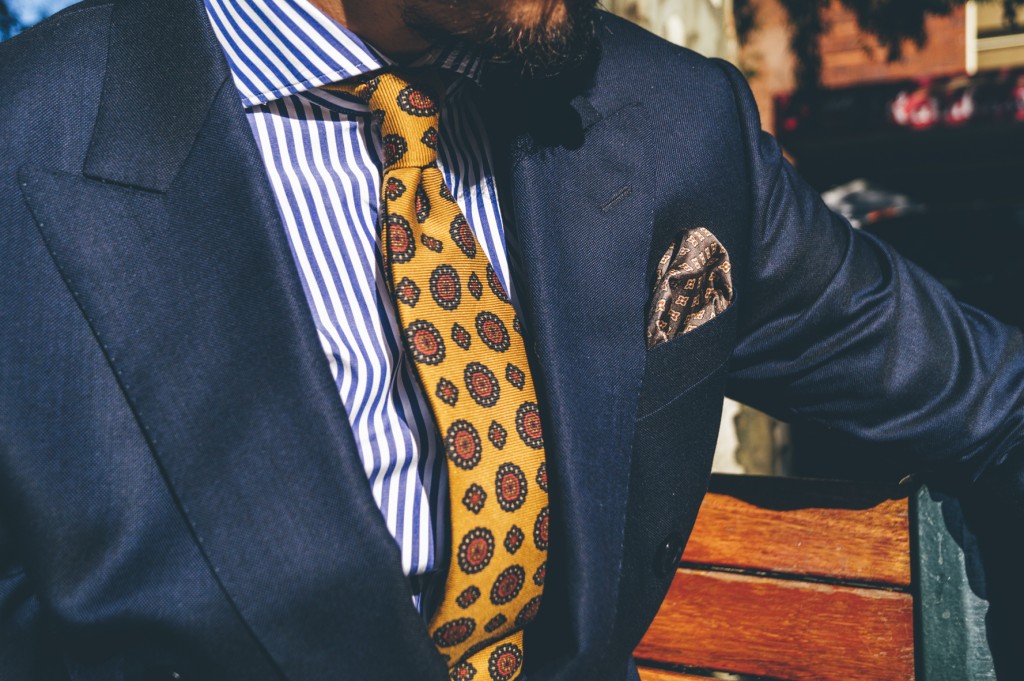 Madder ties use dyes called alizarin acquired from the root of the plant, Rubia Tinctoria, which has been used for centuries for aristocratic flags and emblems (which is why they have a game-of-thrones-esque aesthetic going on). Once the dye is acquire it is then silk screened onto a special gum-twill silk using a traditional 19th century process which involves boiling the silk in water to remove the natural gum, dying it with the alizarin solution and then soaking in another gum-based solution to produce the madder tie’s unique hand.

The feel or “hand” of a madder tie is one of its great appeals. G.B. describes it as “chalky” due to its dusty texture and remarkable softness reminiscent of suede calfskin. I sometimes find myself unconsciously stroking my madders when I’m stressed out, which David, our resident psychologist-in-training, tells me is probably symptomatic of some unresolved childhood issues. 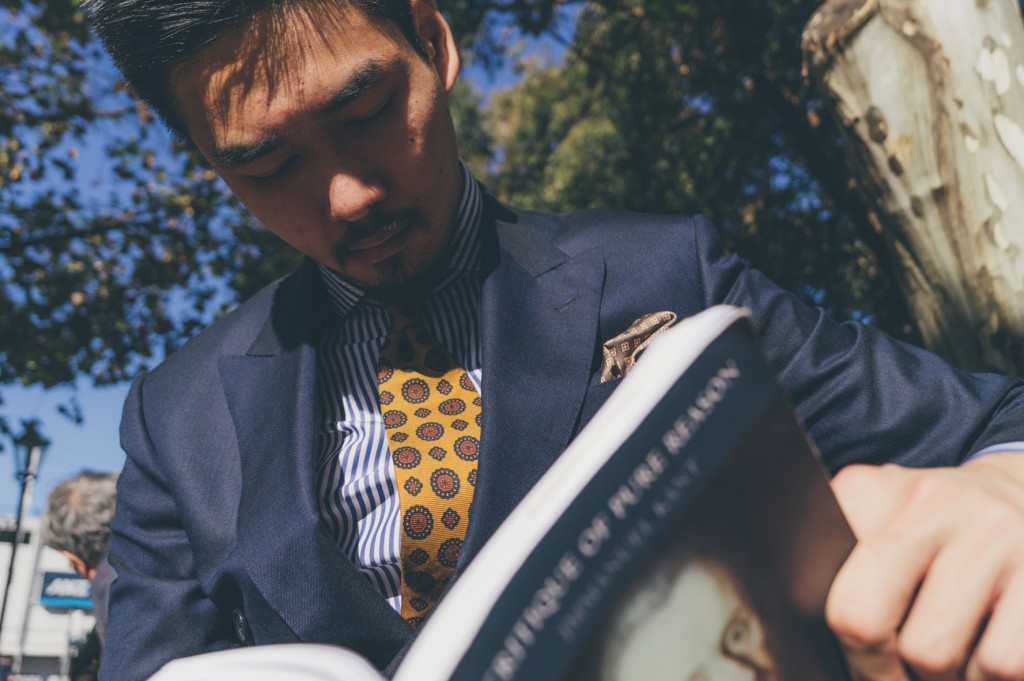 The most common madder colors (mustard, ruby, jade, indigo, and chocolate) add muted complexity to an autumn/winter look without making the wearer appear like a Jackson Pollock painting on legs. Therefore it shouldn’t be surprising madders are favoured by people like the English who have both sense and sensibility but more sensibility than sense. Mike has neither.

Talking about sense and sensibility, I’ve an essay on Kant due tomorrow and I’m still doing research on the bloody thing. I guess I have more in common with Mike than I thought. 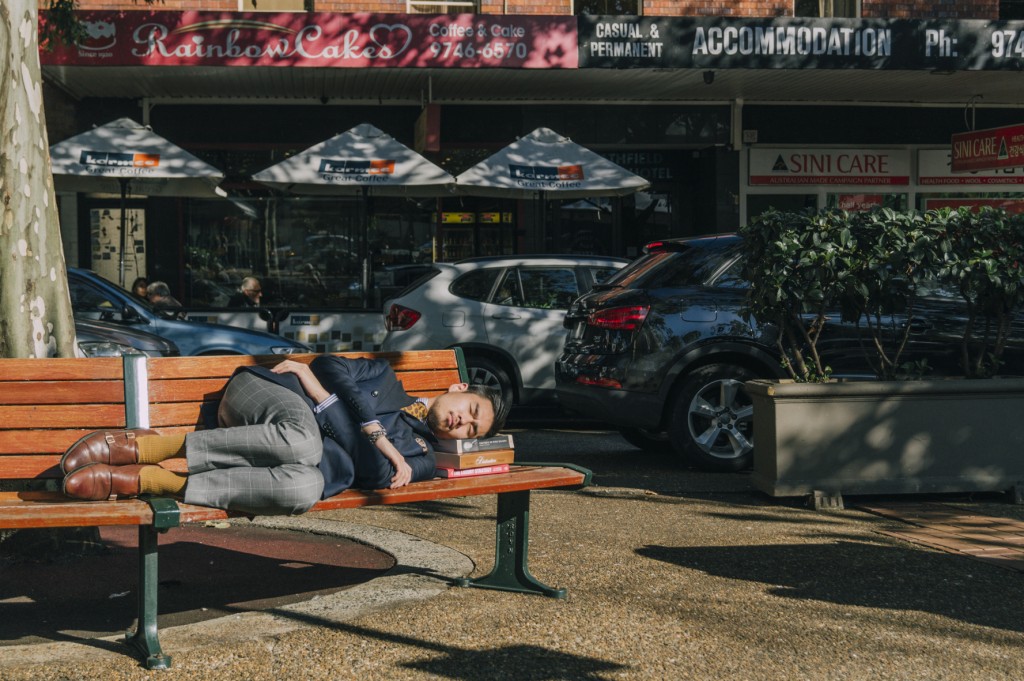